Home / Celtic AM / Season Books, Shares & Standing Up to the SFA

Season Books, Shares & Standing Up to the SFA 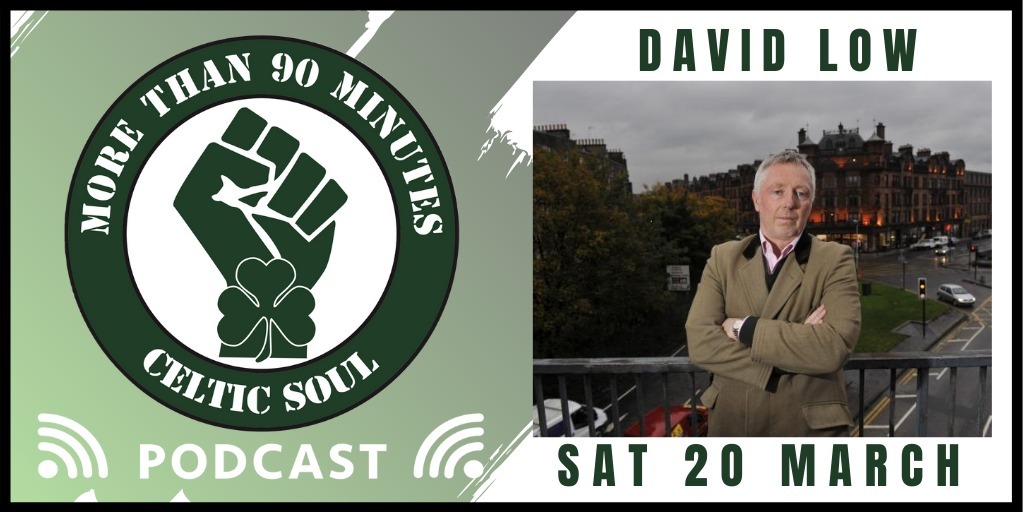 David Low is Chair of the Celtic Trust. He is a Celtic fan and has been lucky enough to enjoy not one but two 9IAR’s and see Celtic reach 2 European Cup finals and enjoyed the recent quadruple treble. He was involved with Fergus McCann back in 1994 when the rebels won and the old board was ousted. He was a consultant at Celtic during the McCann years which saw Celtic Park redeveloped and Celtic stop Rangers doing the 10IAR.

A lot has happened since January when David last chatted to Andrew on the Podcast. Neil Lennon has left the dugout, Peter Lawell is getting ready to leave the directors box and we await the arrival of new CEO Dominic McKay as we wait to see who will become our next Manager.

David and Jeanette Findlay represented the Celtic Trust with a meeting with Celtic, CEO Peter Lawell, Financial Director, Chris McKay and Supporters Liason Officer John Paul Taylor recently and he talks about what was said and proposed at the meeting.David quickly explains how the PLC works before going into detail of one of the major talking points of the meeting when the Trust made a proposal to Celtic to compensate the season ticket holders from this season with the option of a gift of shares to the value of the season ticket after you take out the costs of the virtual season ticket.

Covid19 and the fallout will continue to have an impact on Celtic and the greater football World David thinks that it may excelorate a European Super League and a chance for Celtic to play outside of Scotland and this was also touched on at the recent meeting in Celtic Park.

Andrew asks David to switch from his Celtic fans hat and his financial background on occasions as the conversation flows from what could and should happen at Celtic and in the wider football community with the likes of European Super Powers like Barcelona and Real Madrid heading  into serious financial troubled waters.

They touch on the management vacancy at Celtic, player exit and maybe more departures from the boardroom. On the new CEO, Dominic McKay who David does not know personally but he says one of his business partners does and he gives his opinion on what he does know of him and he looks back at all the CEO’s who have served the club since Fergus McCann took up that position in the boardroom.

Peter talks about recent statements and the growth of the Celtic Trust their current shareholding and the targets they are setting and goals they want to achieve to give Celtic fans, a greater say in the running of Celtic.

They also touch on Celtic v the Rangers, Glasgow Derby and David climbs back into the Celtic Soul Time machine again, this time Andrew asks him to take us back to his time as a consultant at Celtic. This leads to David having a pop at the SFA for their treatment of Celtic including how they ripped Celtic off when renting Hampden and also how Fergus McCann stood up to the SFA and how the Suits at the club should be nowhere near the Tracksuits.