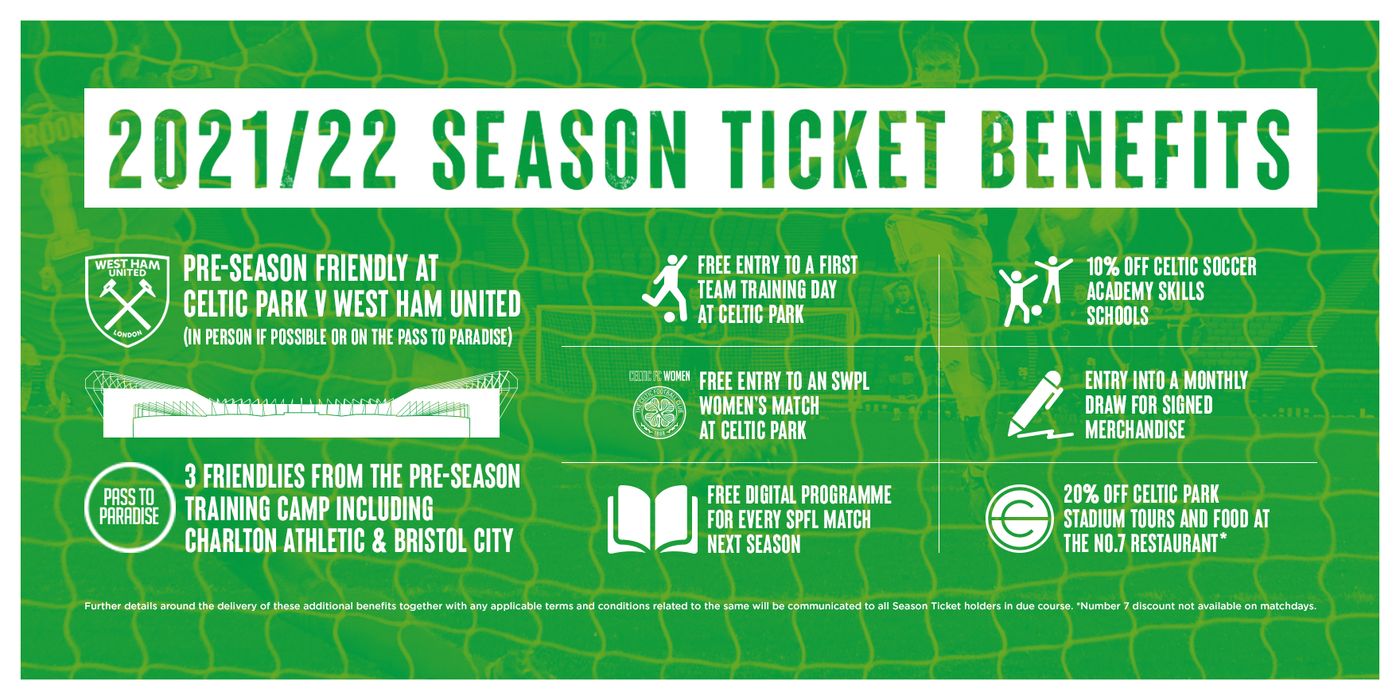 Yesterday at midday Celtic announced that season book tickets for the upcoming season would be frozen at the same price as last season and that each season ticket holder would get a £50 voucher for the Celtic Superstore as an added value for last season when nobody was allowed to sit in their seat or stand in the standing section due to the ongoing restrictions caused by the Covid19 Pandemic and we became virtual fans.

Like Mainstream Media and Independent Celtic Fan Media we here at More than 90 Minutes were made aware of the launch of the season book renewals about an hour or so before it was announced but the news we were really expecting was the announcement of the new Celtic manager.

The announcement also came the morning after the Celtic Trust had announced that their proposal to the board for season book added value to be given to season ticket holders in the form of shares which would not cost the club anything in cash which would be needed to bolster the squad for next seasons challenges and it would also be seen as a good will gesture towards the fans.

The Celtic Trust was the only proposal that we are aware of that was made to Celtic and backed publicly by some supporters groups while others remained on the side lines. As a member of the Celtic Trust I thought that the proposal was a very forward thinking idea and one that would go some way to close the gap between the board of directors and the fans which grew wider with each passing week during last season but now we know that Celtic fanbase will remain customers in the eyes of the current board members.

Not everyone agreed with the Celtic Trust proposal and they may be happy with the voucher and the season book price being frozen. All opinions on season books should be respected if you agree with them or not it is now an individual choice for each supporter to make if they decide to renew their season book or not for the upcoming season.

I like every other fan hope that the vaccine will be the game changer that sees us back in Celtic Park because like so many I will be renewing my season book and those running the club know that our emotional attachment to the club is so great that we want to get back supporting the team as soon as possible. Not being able to travel to Celtic Park and to away games has left a massive void in our lives over the past year.

The millions of pounds we plough into supporting the team collectively each season through season books, merchandise, matchday sales etc. is the life blood of Celtic and the cash flow that keeps the club on a successful path, sure the corporate sponsorship is a vital income also but they come and go but the support remains but yet again the support continues to be divided over the season books.

On social media you can read the disgust felt by some fans who feel let down once again by the club after the season from hell but there are also fans who are saying buy your season book or let someone else buy it. Celtic fans come from a broad church from many backgrounds and cultures for some it’s just about the football, for others the history and social aspect of the community it represents and for others it may be about something else but we all share one common goal to see Celtic do well.

Three factors brought Celtic Park back to capacity when time was called on Ronnie Delia successful tenure as Celtic manager. The appointment of a quality manager in Brendan Rodgers, Champions League Nights and the Rangers winning promotion to the SPFL. We all expect Eddie Howe to be unveiled as Celtic manager at some stage soon, Will that be enough along with Celtic fans longing to return to Paradise but still uncertain when, who and how many will be allowed in are questions no one can answer and with no road map yet announced for a return to capacity crowds to football grounds in Scotland, fans may decide to hold out in the short term. On top of that the Champions League non champions route will be a very tough ask for the new manager. Time will tell.

Some Celtic fans have had a tough year, they may have found themselves unemployed and relying on food banks to feed their family so renewing a season book will not be high on their priority list. Others may decide enough is enough, this is not the club I fell in love with, its more for the suits and shareholders and those who drink fine wines rather than Bovril on a match day or maybe they have taken up a new hobby during lockdown, maybe the weekend will now be more about family than football.

If a positive comes out of this maybe it will be that The Celtic Trust membership continues to grow and gets bigger and with each and every member comes more shares and with more shares comes the day that Celtic fans can finally have a say on the running of OUR great club and question those in charge because at the moment we may have a new CEO but the same old board remains.