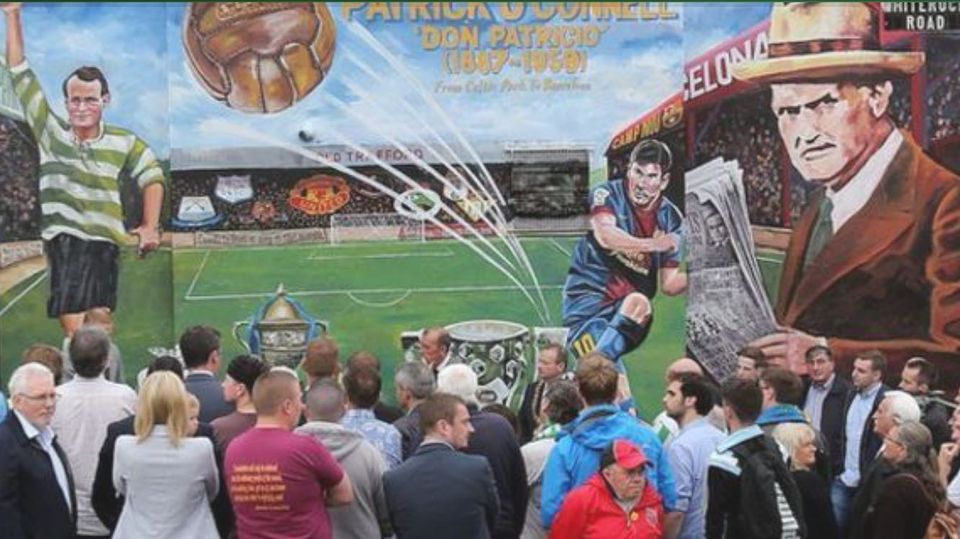 An incredible story, of how ordinary football fans brought the forgotten story of Patrick O’Connell to the World and how their hard work would lead to a 2 hour film to get the story out to a bigger audience Worldwide about the Irish man who saved Barcelona.

Fergus Dowd is the Chairperson of the Patrick O’Connell Memorial Fund.. He has written for numerous publications including More than 90 Minutes, United We Stand, Beyond The Last Man, Póg Mo Goal, Nutmeg, and Football Pink. He is also the host of “A road less travelled podcast”

The conversation picks up again with Fergus telling his personal journey and how he became involved in telling the Patrick O’Connell story and how he played his part. His father called him after attending a talk on the Spanish Civil War and asked him did he ever hear of Patrick. The answer was No.

While cycling around football grounds to raise money for his friend’s charity, Scott Bell who sadly died of Motor Neurone disease. Scott  played for Blyth Spartans and a game was arranged between the Spartans and FC United. Fergus arranged to get Patrick O’Connell’s family to come and tell the story to those attending the game.

After hearing the story Fergus was emotional and started writing to players to get them to sign jerseys to raise funds to give Patrick the resting place he deserved. Bertie Auld got the Lisbon Lions to sign a jersey, along with Roy Keane and others.

He then took the story back to Belfast and a mural was commissioned. In the summer of 2015 the mural was unveiled and Bertie Auld and John Clark attended along with hundreds of others before the story continues back in his hometown of Dublin where a plaque was unveiled in Patricks memory and an event was held in the Mansion House with the help of the then Lord Mayor of Dublin, Christy Burke to honour Patrick.

The story continues when a commissioned Bust of Patrick was brought to Real Betis and now sits in the club museum.

Fergus chats also about his involvement in the Tony Gregory exhibition in Dublin. Tony was an Independent politician in Dublin’s inner city and fought many fights for working class people.

The conversation continues about Irish footballers who have travelled around the globe to play football, some successful, some not and some stories end in tragedy.