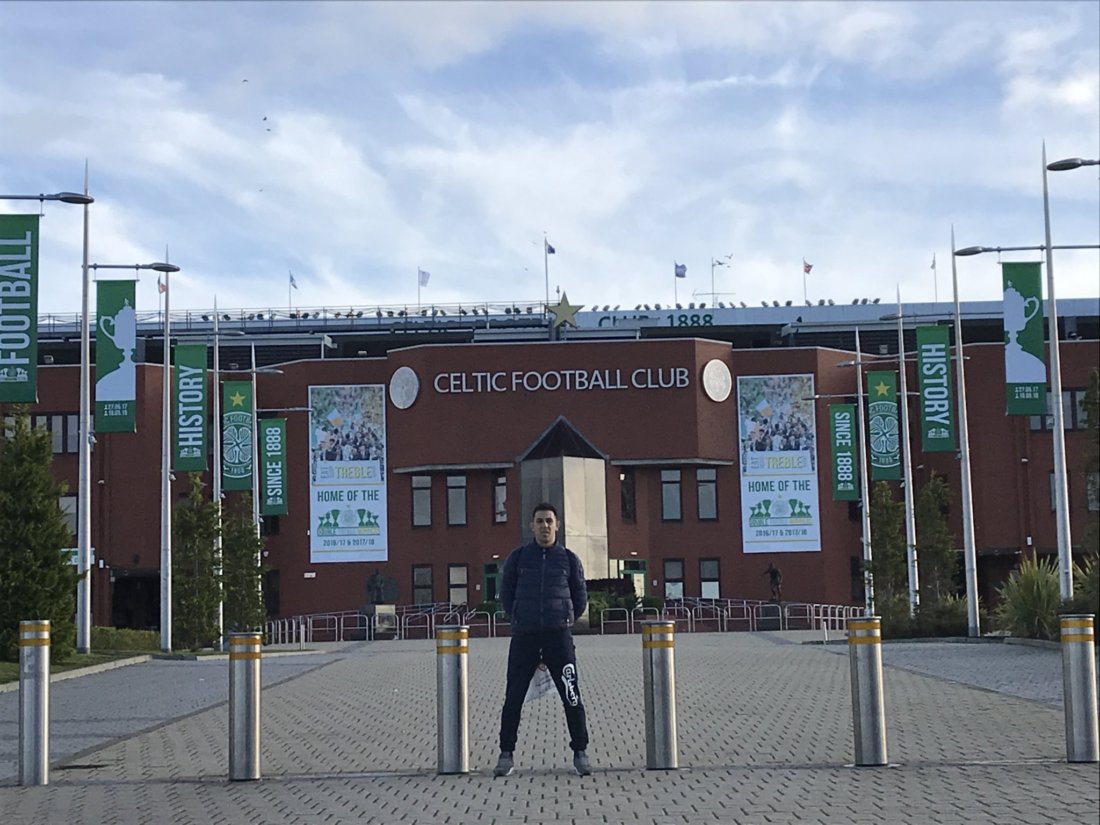 The recent quarantine period has put a strain on our psychological and social resilience. While from Ireland and Scotland I was receiving notices of some liberties still allowed (such as the possibility of exercise outdoors and away from home), the situation here in Italy was quite different. Being the first European nation hit hard by the virus, the measures were particularly harsh due to the lack of scientific data and models to refer to. One example above all: we were prohibited from doing outdoor activity, if not within two hundred metres from home. That’s a very little distance for those like me used to running freely a stone’s throw from the sea or cycling through fantastic mountain landscapes!

I live on a wonderful island, Sardinia, somehow “close” to Ireland when it comes to tradition and culture, with the difference that here we have never been able to get independence from a bulky neighbour (Italy), not even in part. In the same way, our football team, Cagliari, is the only one in the whole of Italy to represent not only a city but also an entire region and a whole people, again with some parallelism with Celtic. This long-lasting period of lockdown has led to a complete closure of the borders both between regions and towns, isolating us further from every point of view. Thus, I dedicated more time to my passions, notably music, reading and. football.

Musically, I really enjoyed the live concerts broadcast from their homes via Facebook by the various singers and groups singing Celtic and Irish songs, with the associated fundraising for charity purposes. With regard to reading and football instead, I rediscovered some publications that the frenzy of everyday life had gradually forced me to neglect, first of all the magazine you are reading at the moment, More than 90 Minutes. I appreciated it for the competence and fluency in each of the articles, but most importantly I rediscovered the feeling of being part of a community at any moment, not only during the 90 minutes of the game.

This gave me the opportunity to write this story about the love for a club like no other, experienced 1470 miles away.

Many have asked me where this passion came from or “Why being tifosi of Celtic?” Although I don’t remember exactly when it all started, I definitely know why: Celtic represents an ideal, a state of mind, a freedom proudly flaunted in the face of those who wanted or still want to take it away. Being a Celtic fan is something that identifies you not just as a supporter, but also as a person. If you think about it, this is something that in football as well as in other areas of life is vanishing: because of the millionaire transfers constantly needed to make money flowing, because of the TVs that push always the same giant teams in the same super-rich leagues, and finally because of the relentless advertising on a global audience made just to increase the followers in a vicious circle for football and for freedom of choice.

In such chaos, Celtic preserved its roots, its soul and the original vision of its founding father, Brother Walfrid.

Recently, I’ve had the opportunity to enjoy a green and white full immersion first-hand, having been to Glasgow to attend a few games of the Bhoys, meeting fantastic and genuine people among supporters and in the club as well.

When the pandemic that hit the world blew up my Easter journey, specially organized for the Scottish Cup semi-final and the CATB concert on Good Friday, I felt lost and teased by a fate too cynical and mocking to accept. But all these days spent at home among the Celtic Community, with music, readings, contacts and social initiatives (particularly the anniversary of Billy McNeill’s passing) provided me with the strength to keep the faith and begin to dream again about how wonderful will be the next time we meet again.

So, in response to those wondering: When you love someone or something, you don’t ask yourself why. THIS IS HOW IT FEELS TO BE CELTIC.