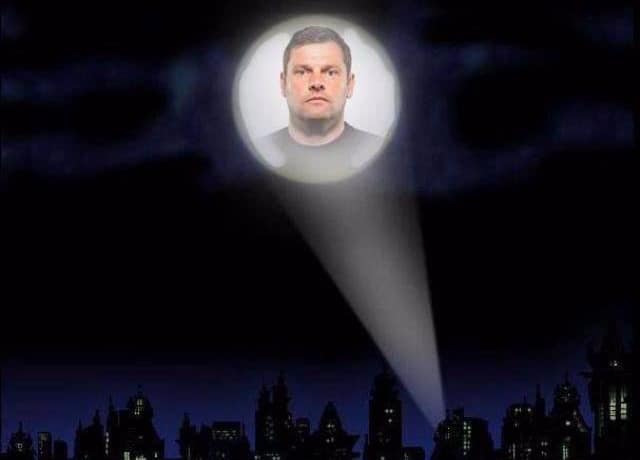 Just in the door from another midweek trip to Glasgow to see the famous Celtic. A few seasons back when Ronnie Delia was manager you could count the number of familiar faces in Dublin Airport for midweek adventures now it’s the opposite. Every corner you turn from car park to boarding gate a familiar face or someone in the Green and White Hoops is visible.

An Evening With Chris Sutton VIP

Whatever your thoughts on Brendan Rodgers he brought back the thunder to the stadium, he filled the Lisbon Lion Upper which had become a ghost stand with only a large flag for company. He brought a total new professionalism which was noted by his replacement Neil Lennon on arrival back. Brendan’s attention to detail has not gone unnoticed by Lenny.

As we strive towards 9IAR we are looking forward to European and Domestic Cup again but the main focus remains on the league. Last night was no exception. There was almost a full house as Celtic romped home to a 5-0 victory over bottom of the table Hearts.

Just has Eddie was lining up to take a trade mark free kick a big cheer went up to signal Kilmarnock had equalised against the Rangers. I couldn’t celebrate till the young lad sitting beside me had checked the score update on his phone.

Our game was over as a contest early in the second half as the bhoys turned on the style on the pitch and the fans turned up the volume in the stands. Earlier in the night shortly after kick off the Green Brigade unfurled a banner which read “Keep the Faith Jackie” and burst into a chorus of “His Name is McNamara”.

This will mean a lot to Jackie’s family as he fights back in hospital after collapsing with a bleed on the brain. Our former captain and all round nice guy is in all our thoughts and prayers.

The noise was not just kept in the North Stand Curve but throughout the stadium and our other Ultra group the Bhoys high up in the corner where the Jock Stein meets the North Stand were also in full voice.

Not much beats a huddle on a cold night at Celtic Park with 60,000 like minded Celtic fans in celebration mode but until the final whistle sounded at Rugby Park there is always the chance that the Rangers could score again and they did but darling of the Scottish press and illiterate Sky Sports translators, Moroles did score but the goal was disallowed for a push on a Killie player and hey presto Killie go up the pitch and Eamon Brophy scores the winner.

So everybody is leaving Celtic Park very happy and its back to the hotel for a nightcap. The hotel bar had been packed all day with Celtic fans and many had chosen to enjoy the nightlife in Glasgow, some of us returned to the hotel to watch both Neil Lennon and Steven Gerard on YouTube giving their post match interview. Neil was happy, Steven not so.

The night was rounded off with a pint and plenty of amusement from social media. Highlights were the batman style call for Murty to return image and the video of Massimo Donati celebrating on the Kilmarnock touchline.

Now I’m off to walk Henrik, happy to be home, happy with 3 points, happy with 5 goals, happy to be 10 points clear and really happy in the knowledge that Graeme Murty is only a phone call away.