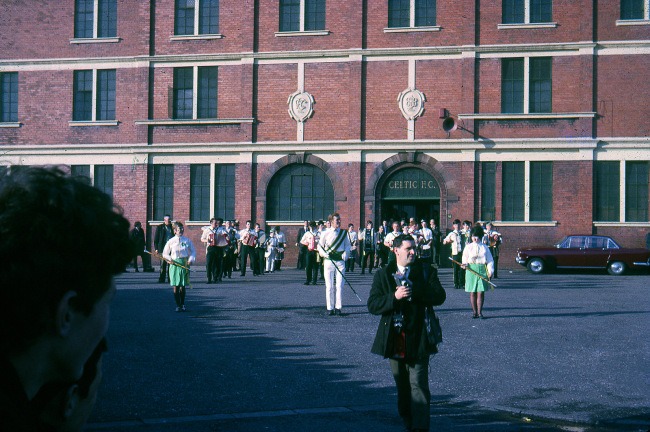 Celtic are in Wales this week for a 10-day training camp and will play 2 pre-season friendlies against Sheffield Wednesday (Wednesday KO 3pm) and Charlton Athletic (Saturday KO 3pm) both are available to watch on the virtual season ticket via Celtic TV.

After the fallout from the winter break in Dubai in January, the club has decided Wales is the safe option this time out but no doubt the tabloids will be waiting to break some bad news as they struggle to fill their pages while pushing out pish like Scottish international Billy Gilmour’s Mum refusing to hold the green part of a Norwich scarf due to her hatred of Celtic. Give my head peace FFS who cares?

The pre-season will give us the chance to see new signing Osaze Urhoghide, the Dutch born defender arrived from Sheffield Wednesday recently. Last season we struggled to defend set pieces and were punished on so many occasions. Ange comes with an attack minded approach to the game but tightening up the defense must be a priority.

Celtic’s third choice jersey has gone on sale, and I am sure some of the £50 season book vouchers will be getting used to snap up the new jersey if they haven’t already been used up on the other two!

We have plenty coming up across all our platforms this week after a great response to Friday’s Celtic Soul Podcast when we had former Celtic goalkeeper Johnathan Gould join us to chat about new Celtic manager, Ange Postecoglou and look back at the success he had keeping goal in 1997/98 season when Celtic stopped Rangers doing the 10 and he was also between the sticks when Martin O’Neill led Celtic to a treble in his first season.

The full uncut interview will also appear on Celtic Fanzine TV later in the week and we will also but out the full audio broadcast of the recent Celtic Fan Media meeting with Ange and Dominic McKay on the our podcast platform, the video is now available on YouTube at Celtic Fanzine TV.

We have another interesting guest lined up for this Friday’s Celtic Soul Show and the Talk from the Terrace returns later today on Celtic Fanzine TV when Alternative View, Editor Matt McGlone joins us to chat about the new manager, pre-season, season books, Leigh Griffith’s, and life in Glasgow as we wait for to get back in Celtic Park.

Later in the week we hope to chat to someone from Celtic Shared to ask some questions about the recent statement they released which has been met with a mixed reaction from the Celtic Support and we hope to have John Hartson who is no stranger to scoring goals for Celtic also joining us on the show to look ahead to the new season. All content will also be available on all podcast platforms in audio format.

Also keep an eye on the website for articles and long reads and if there is any real news, we will keep you updated and try and steer away from sensationalized click headlines with little substance as we enter silly season in the transfer market.

We have two new T-Shirts designs which have just arrived from the screen thanks to everyone who pre-ordered they have all been posted out and we will also have some new badges on sale this week so keep an eye on our online shop and don’t forget to sign up for our newsletter and hit the subscribe button on Celtic Fanzine TV. 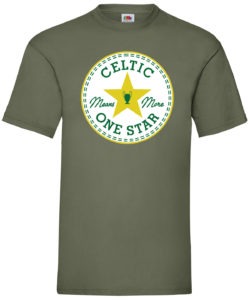 Andrew Milne is Editor of More than 90 Minutes Celtic Fanzine which he started in 2001. He has been involved with fanzines since 1989 and has written for numerous publications and online about Celtic.  He is a former newspaper columnist with the Daily Ireland and the man behind celticfanzine.com. He is host of the Celtic Soul Podcast, Talk form the Terrace Podcast, Grand Auld History Podcast & Celtic AM pre-match events at Malone’s in Glasgow on match days and follows Celtic Home & Away. He is a season ticket holder for Celtic FC and the Republic of Ireland. He is also P.R.O. of St. Margaret’s CSC, a member of the Celtic Trust and the Celtic Graves Association. 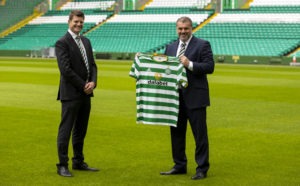