Home / News / Celtic Plan B after Fall Out Friday

Celtic Plan B after Fall Out Friday

The sun maybe shining up in the sky as I sit to type this piece but there are dark clouds hanging over Celtic Supporters around the globe after the announcement on Friday that Eddie Howe would not be the next Celtic manager.

The call came to my mobile phone from Celtic shortly before the club’s official statement, the conversation I was expected to hear like 99% of Celtic fans  was the news that Eddie Howe’s and his backroom team would be officially announced once the stock market had been notified and would announce his plans on how to take the club forward and the fans out of their current slumber and mistrust of the current board..

How wrong I was. I am still waiting on a reply from Celtic to the question I asked them on Friday. Is John Kennedy and his backroom team still in charge of football matters at the club and if not not who is?

Roy Keane’s name was once again linked to the job but it was Ange Postecoglou who has been the name that Celtic are supposed to be in talks with. Something he would not admit or deny when asked by a journalist at the press conference in Japan where he is coach of Yokohama F. Marinos, a team he has taken from the relegation zone to winning the title, their first in 15 years in a very competitive league where 8 or 9 teams compete for the title unlike Scotland which is a two horse race.

I like so many Celtic fans spent Saturday morning on google reading up about Postecoglou who I had never heard of and reached out to former Celtic player and Australian international, Scott McDonald for some information on him, he told me “he had never played under him but he is a very good coach and tactician”.

The journalist who asked him about the talks with Celtic also went on to say that his plan A, B and C is attack, attack, attack which sounds exciting but after the season we just witnessed I hope whoever is appointed has a defensive plan.

The only good news coming out of Celtic Park the weekend was the 10-0 win for the Celtic Woman’s team who are now just 90 minutes away from Champions League qualification.

Elsewhere a newspaper suggests that the arson attack on Peter Lawells’s house and cars may have been carried out by Glasgow Gangsters who double as professional footballers representatives and are unhappy with the outgoing Celtic CEO over his refusal to negotiate with them. Not sure how true it is but it made interesting reading

One thing that his true however is the the Celtic Trust have decided to break off all contact with the current Celtic board after their Trustees met after Fridays announcement and have called a general members meeting  which will take place later in the month.

Andrew Milne started More than 90 Minutes in 2001. He has written for numerous publications and online about Celtic and is a former newspaper columnist with the Daily Ireland and the man behind celticfanzine.com. He is host of the Celtic Soul Podcast & Celtic AM pre-match events at Malone’s in Glasgow on match days and follows Celtic Home & Away and is a season ticket holder for Celtic FC and the Republic of Ireland. He is also P.R.O. of St. Margaret’s CSC, a member of the Celtic Trust and the Celtic Graves Association. 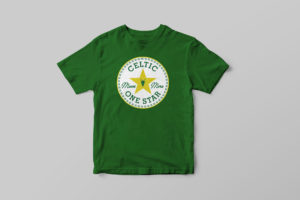