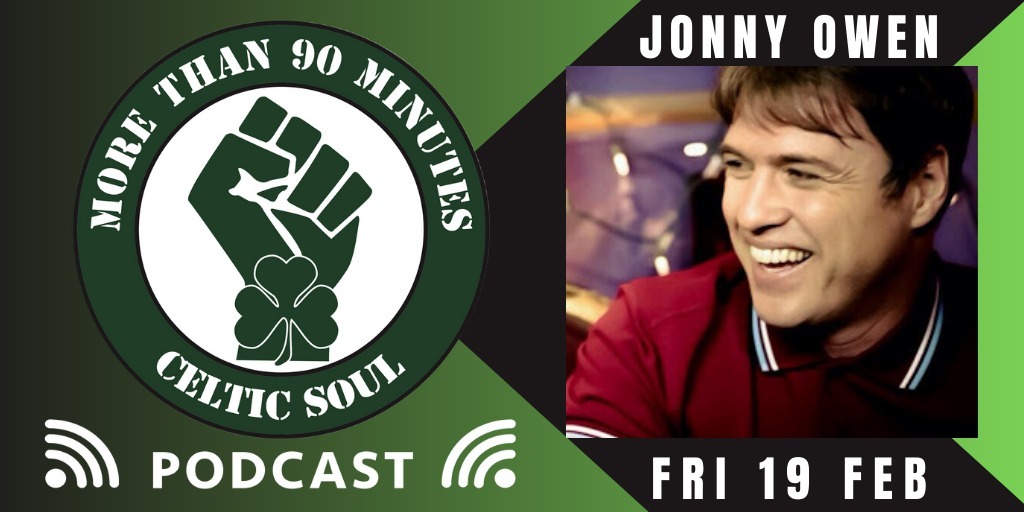 Jonny Owen is a writer, producer, actor, musician and radio show host. In his younger days he was an amateur boxer. His CV makes impressive reading including the Three Kings documentary film about Jock Stein, Bill Shankly and Matt Busby which he directed.

Jonny and Andrew chat about The Three Kings Film, the legendary managers of Celtic, Liverpool and Manchester United Busby, Stein and Shankly the teams they built and the impact they had on each club. A minors son Jonny’s Dad would tell him when he was growing up about all three iconic football figures and their connections to the mines whenever they would come onto the television.

Both Jonny and Andrew grew up in working class areas with the same political and social landscape backdrop and a wonderful musical soundtrack to life. They share their experiences from boxing gyms, watching football, the odd all night party, trips to Glasgow and music from childhood, through the teenage years to manhood.

Jonny supports Cardiff City and the conversation takes in all of football culture and names crop up from time to time like Martin O ‘Neill and John Robertson from his connections with Nottingham Forest.

There is plenty of chat about Busby, football culture as the conversation flows in and out about Stein, Shankly and Busby all three working class heroes who would not only conquer the World of Football but the hearts of the communities they represented.

Modern Football, Football without Fans, Football on TV, all gets examined as does the late eighties and nineties culture when weekends were all about football, fanzines, music and staying up all night with no filters or Instagram to spoil the party. Life was more real then when teeth were yellow.

Jonny jumps in the Tim Time Machine and heads back to 1967 and into the heat of Lisbon while stopping off on the way back to relive some of his favourite times in Glasgow including a great session in the Gorbals.