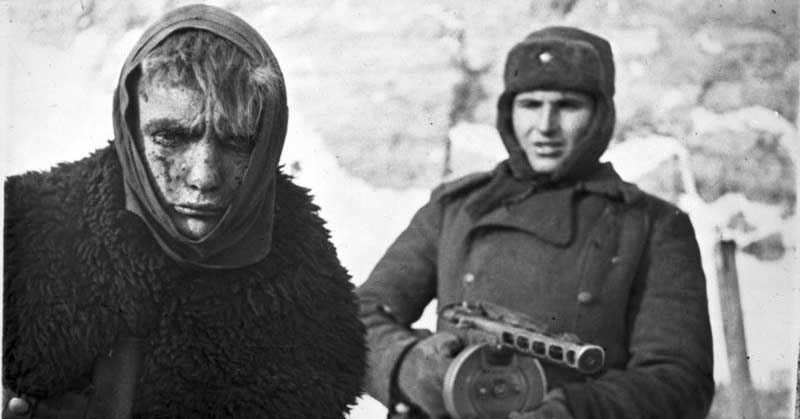 It was May 22 1943. Even in the depths of war, a hint of optimism was now in the air. Rommel’s Afrika Korps had surrendered in their thousands to the Desert Army a couple of weeks ago at Cape Bon in Tunisia. Hitler had now sustained two body blows – the loss of his Afrika Korps and his 6th Army at Stalingrad earlier in the year. Rumours spread round Glasgow that he and that jackal Mussolini were about to surrender. Sadly no, the war still had two awful and bloody years to run, but there was now little doubt about who was going to win.

And things looked good for Celtic as well. Following an abysmally bad League campaign and an equally bad Southern League Cup, the team had rallied a little, and having defeated Queen’s Park and Clyde convincingly in the Glasgow Charity Cup, they were now facing Third Lanark in the final. It would be nice to win something, would it not? The fans had stayed loyal through some incredibly difficult times, and they deserved something.

The weather? We don’t really know because war time newspapers are reluctant to say anything about the weather lest it gave the enemy vital information!  They did tell us however that 25,000 turned up at Hampden to see Miller, Hogg and Dorran; Lynch, McLaughlin and Corbett; Delaney McPhail, Rae, McGinley and Long take on Third Lanark’s McBride, Peat and Rennie; Blair, Currie and Kelly; Gould, Mason, Connor, Fitzsimmons and Cairns. The referee was Bobby Calder of Rutherglen, a man who in later years would become a legendary scout for Aberdeen. Most unusually for war-time, manager McStay had managed to field the same team two weeks in a row. No sudden emergencies, and the trains managed to deliver everyone on time!

A feature of the crowd was its diversity. Englishmen, Americans, exiled Poles, Frenchmen, Belgians, Dutchmen were there, some of them curious to learn about the Scottish obsession with football, others there to see this famous Celtic team who used to be regarded as the best in the world, but who had now fallen on bad times. Celtic supporters were there with their favours and rosettes even though with war-time transport being so sporadic and unreliable, there were not quite as many there as one would have expected in peace time. But, although there was no live radio commentary today, the players were well aware that the result would be awaited with bated breath in many parts of the world – in Cairo, Tunis, India and on the Atlantic and Pacific Oceans. It was maybe “just” the Glasgow Charity Cup, but it meant an awful lot to the war-weary, the wounded and homesick.

It is in the nature of war-time football that a player has a brief moment of glory then disappears again. In 1940 George Gillan won the Glasgow Cup and then disappeared. Today it was the turn of Charlie McGinlay. He had joined the club a couple of months ago, had failed to impress hitherto, but today he scored two fine goals on either side of half time and then Hugh Long scored a third. Hugh Long, like Charlie McGinlay, is hardly one of the all-time Parkhead greats, but he did play for Clyde for a long time after the war. Third Lanark were handicapped by the loss of their captain John Blair to an ankle injury, but they would have been well beaten anyway. There was one player of genuine Celtic class on the field that day – and that was the immortal Jimmy Delaney. The others were honest journeymen who tried hard and worked well and today was simply one of those very few and rare war-time days when it all came off for Celtic. Jimmy McStay had a moment of glory.

No great indications of dancing in the streets of the Gorbals to celebrate this one – the times were simply not conducive – but no doubt a few supporters permitted themselves a smile, a “wee hauf” and a chorus or two of “Erin’s Green Valleys”. It was a actually a record breaking occasion, for Celtic had now won the Glasgow Charity Cup 24 times, once more than Rangers. There was a moment of comedy and embarrassment as well. The trophy was to be presented at the City Chambers a few days later, but Rangers, last season’s holders, sent the wrong trophy! They sent the Glasgow Cup, not the Glasgow Charity Cup!  It was, I suppose, an “honest mistake” (to coin a phrase) and. to their credit, they did apologise!

The 1943 season had not yet ended, however. There was still the Summer Cup. Those, however, who might have hoped to see a permanent turn in the affairs of Celtic at this point would be doomed to disappointment. The war news was good, nevertheless in 1943. By the time the new season began in August, Sicily was more or less in Allied hands, and it was only a matter of time before Italy itself would be invaded.

f you would like to support our Independent Celtic Fan Media Platform you can become a Member, Subscribe, Buy or Donate for the Price of a Pint. Your Support helps us continue to produce Daily News & Articles, Weekly Newsletter, Two Weekly Podcasts, Monthly Fanzine, Video Content & Live Shows.