The Zen of Naka Revisited 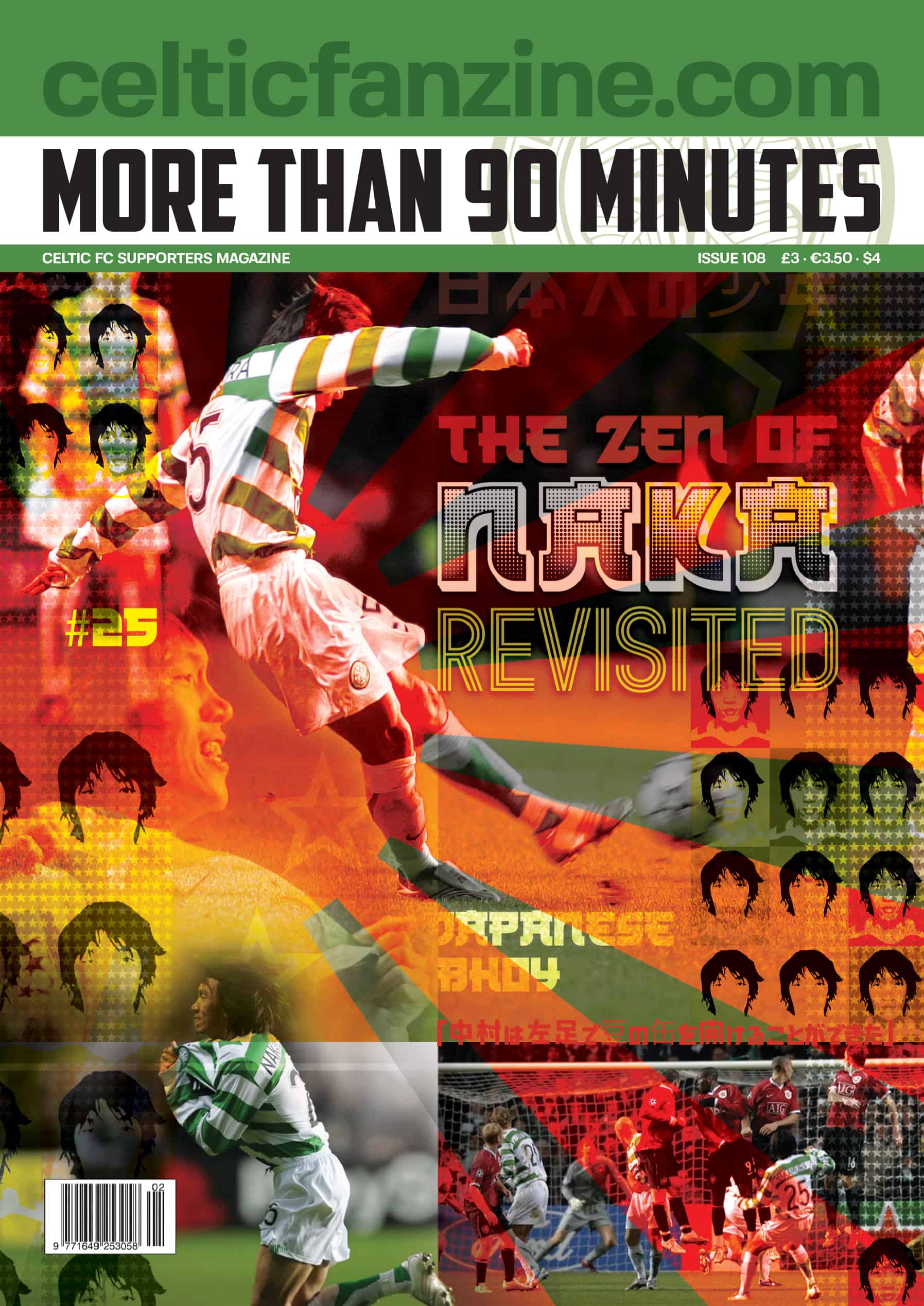 We have decided to keep producing the fanzine in both digital and print format during the shutdown of the football as long as there is a demand we will continue to keep it going. We would like to thank all our readers for c supporting the fanzine by buying single copies, subscriptions, back issues and merchandise.

Issue 108 of More than 90 Minutes boasts another 48 pages packed with articles on the famous Celtic FC and Celtic Fans.

In the current issue we look back at the The Zen of Naka by revisiting his time at Celtic including his goal to win the league at Rugby Park and that memorable night at Celtic Park when he scored that famous free kick against Man Utd.

Mick Kane chats to MMA fighter Stevie McIntosh while the editor has a quick pint with former Celtic player, Paul Byrne and Colin Mearns (Pattaya Bhoys CSC, Thailand) and he also writes about his latest trip to Philadelphia for the Plough Bhoys Feile where he hosted Celtic AM with Paul Byrne and Celtic SLO, John Paul Taylor.

Home & Away fan and Lisbon Lion John Fallon brings us his thoughts on the season before Covid 19 in his regular column and political commentator Tommy Sheridan pays tribute to Neil Lennon after his first year back at the helm.

Martin Murphy, the football barber joins us in Fan Focus and writes about his Away Days in Copenhagen. Port Lairge Emerald CSC feature in our CSC focus and regular contributors Ciaran Kenny and Tim Molloy complete the Issue 108 starting 11.