THE TOOMEBRIDGE WOMAN WHO OWNED CELTIC 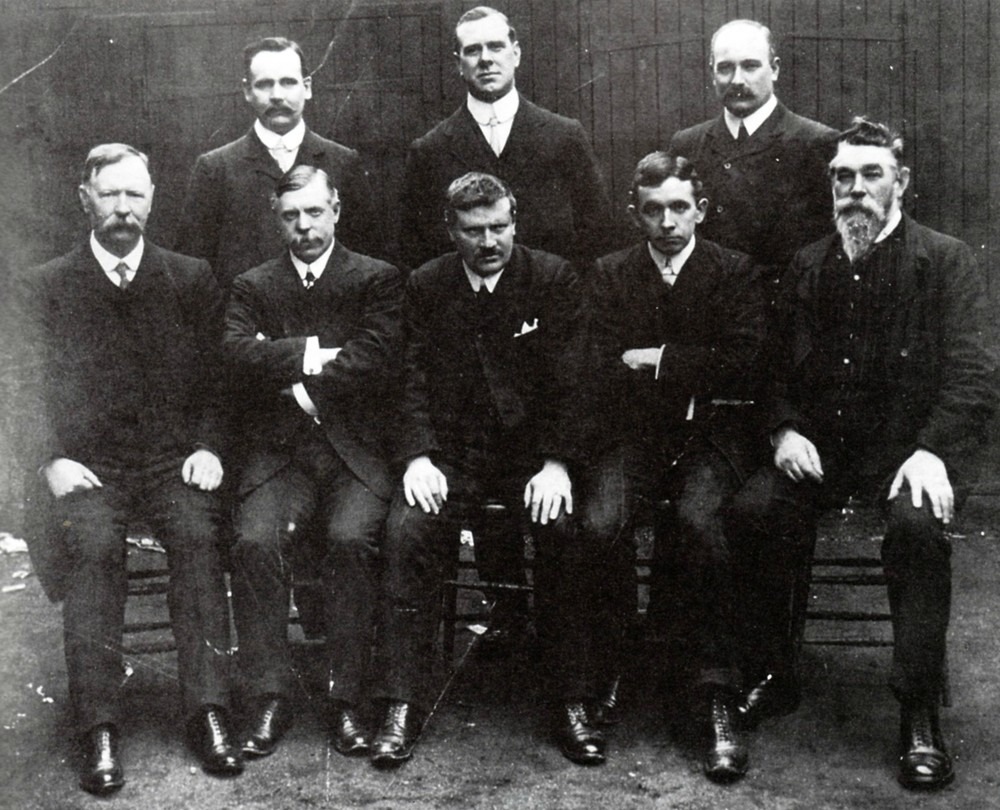 THE TOOMEBRIDGE WOMAN WHO OWNED CELTIC: HOW A CRUCIAL DEPARTURE CHANGED THE COURSE OF HISTORY AND ULTIMATELY SAVED THE CLUB FROM LIQUIDATION

Thursday evening was a night on which the weekly meeting of the Celtic directorate was held for many years. Thursday 1 February 1940 was the last to be attended by Willie Maley as manager of the club. He had sat in on almost every meeting for the last half a century but the time to retire had eventually come.

Another departure was announced at the same meeting. Indeed, Mr. Tom Colgan was absent as he now resided in Ireland, but he had already sent notice of his resignation as a director of Celtic. Colgan had replaced founding father John O’Hara on the Celtic board in 1905, so he was another long-term servant to depart the club. His decision had been made on health grounds, but a short while later he joined the board of Belfast Celtic FC as he couldn’t stay away from the game.

Colgan was a prominent member of the Home Government Branch of the Irish National League in Glasgow and as well as serving as a Celtic director, he had a keen eye for a footballer. By no means were his expertise limited to the one sport though, for he was excellent on a links golf course by all accounts too.

By leaving the club, Tom Colgan altered the course of its history in a very intriguing and complex way. Tom had married the daughter of fellow Celtic director, James Grant, in 1906, whose family roots were in Toomebridge (Co Antrim). Miss Grant, or Mrs Colgan as she had become, died upon giving birth to the couple’s daughter (Mary) a short time later. From a young age, Mary lived at Toome House in Toomebridge with her aunty and uncle, Neil and Felicia Grant, both of whom were not married.

When Tom Colgan retired from business in Glasgow and as a Celtic director, he moved into Toome House with his daughter and the Grant family. He died in 1946 and his shares were left to his niece, Felicia, who thus became, when the transfer was completed in 1949, the holder of 1103 fully paid, and 1150 part paid shares making her the third force in Celtic behind the Kelly’s and the White’s!

Readers may have heard of the reference to the woman in Ireland who owned Celtic. That claim is in relation to Felicia Grant and it is almost true, in the sense that she was the major individual shareholder in the club. Over the years, Bob Kelly, and latterly his descendants, kept Felicia sweet and would visit her during Celtic’s trips to Ireland, often when playing against Belfast Celtic. This action meant that Felicia, who had limited interest in football, was happy to back the Kelly’s and the White’s in whatever they decided to pursue in the boardroom.

When Felicia passed away, her shares were split six ways amongst her brother and five children. One of those children was based in the North of Ireland, whilst the rest resided in Canada.

Decades later, to oust the old board, Fergus McCann needed to acquire the Grant shareholding. John Keane played a monumental role in tracking these down and eventually purchasing them. Without doing so, it may have been impossible to complete the takeover that ultimately saved Celtic from liquidation!