Home / Celtic AM / The Tirana Tims – Rudi, Rocco & The President 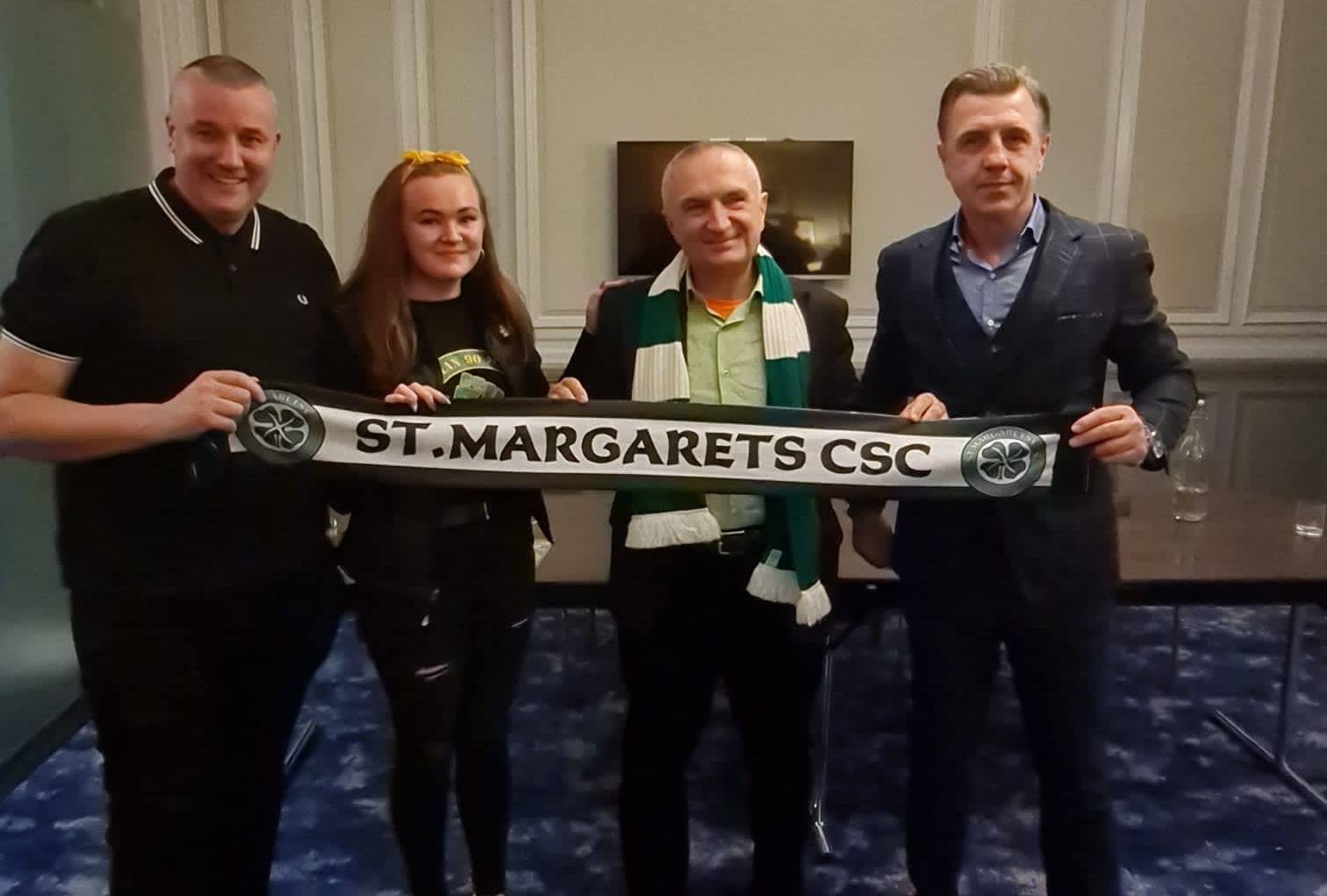 Albanian president and Celtic FC Fan Ilir Meta finally got to visit Celtic Park in Glasgow to see Celtic Football Club in the flesh. When Celtic took on Ferencvaros at Paradise and he watched the Celt run out 2-0 winners.

After the match he met with Celtic FC Fanzines, More than 90 Minutes and the Alternative View at the Central Hotel in Glasgow along with his great friend and former Celtic FC player and Albanian Captain Rudi Vata.

The President chats about why he started to follow Celtic Football Club, his relationship with his the Celtic Fans, his first experience of Celtic Park, his good friend Rudi and his son Rocco Vata who is making a name for himself in the Celtic B team and with the Republic of Ireland under age teams.

Andrew Milne is Edittor of More than 90 Minutes Celtic Fanzine which he started in 2001. He has been involved with fanzines since 1989 and has written for numerous publications and online about Celtic.  He is a former newspaper columnist with the Daily Ireland and the man behind celticfanzine.com. He is host of the Celtic Soul Podcast, Talk form the Terrace Podcast, Grand Auld History Podcast & Celtic AM pre-match events at Murphy’s in Glasgow on match days and follows Celtic Home & Away. He is a season ticket holder for Celtic FC and the Republic of Ireland. He is also P.R.O. of St. Margaret’s CSC, a member of the Celtic Trust and the Celtic Graves Association.