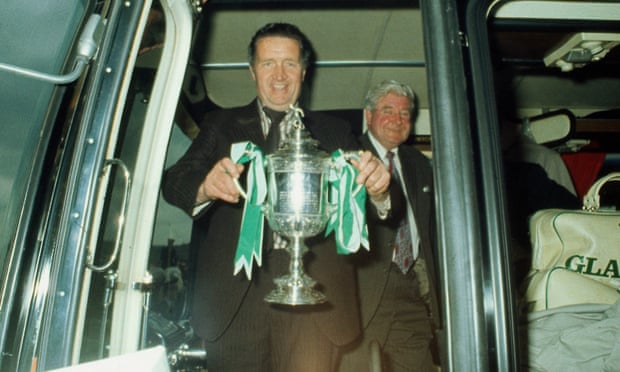 It was snowing outside, the pandemic carries on, what better way to pass a couple of hours than watch the excellent documentary, The Three Kings.

Stein, Shankly and Busby, three names that most football fans will be aware of, this documentary provides an insight into what made the three men.

Starting in the coalfields of Lanarkshire and Ayrshire, where the three men were born within a 30 mile radius of each other, all three spent time in the pits at an early age but would rise to the top of British and European football. We then hear about the men as players, all played for big clubs at the time but never reached the heights they would as managers., Stein would captain Celtic to a league and cup double, Busby played for Man City and Liverpool, while Shankly played for Preston North End. Shankly and Busby were teammates for Scotland, Stein being a few years younger.

For us as Celtic fans, there may be nothing new the documentary can tell us about Stein’s time at Celtic, which if you know the history, we know his talents however to see the other two greats talk in such glowing terms of Stein shows the impact he had on the game.

Watching them talk you can see why they were able to get to the top and if they didn’t become football managers, they would have made fine leaders in whatever industry they had chosen. Busby seems the more reserved and laid back of the trio but had a presence that gravitated players to him, he cared for them and nurtured them, we see how he built the Busby Babes, the tragic aftermath of the Munich disaster in which he said he would rather have died only for his wife to make him get back on the football field for the players that survived and the memory of those who died.

As for Shankly, a true socialist of a man, Liverpool seemed a perfect match for him. A great orator, leader, he was excitable and lively with football being his life. When he suddenly stepped down from the Liverpool team that were on the cusp of their great European runs he seemed to find it hard to find a place in the world.

Stein, our leader, our greatest manager, and you can see why. Stein was a mix of both Shankly and Busby’s personalities, he could be reserved, thoughtful but also charismatic.

Shankly seemed to hold both Stein and Busby in great affection, being the only English based manager to travel to Lisbon, telling Jock the famous line, ‘John, you’re immortal now’ after the game. Interestingly, Busby and Shankly were best friends with Shankly looking up to Busby. Busby told Liverpool to look at Shankly when they needed a new manager. Busby also had tried to get Stein to replace him at Old Trafford, which Stein had agreed, only for a change of mind. Busby was a bhoyhood Celtic fan and from the words Shankly said about Celtic he clearly had some affection for the hoops too.

The documentary also features comments from another Scottish great, Alex Ferguson who will no doubt have a similar documentary made soon enough. The Three Kings was directed by Jonny Owen who was also behind, I Believe in Miracles, which chronicled Brian Clough and the great Nottingham Forest team of the late 70’s, another good watch.

The Three Kings a thoroughly entertaining documentary that cemented the three clubs as the three biggest in Britain.