Home / Celtic AM / The Sound of the Glasgow Irish

The Sound of the Glasgow Irish 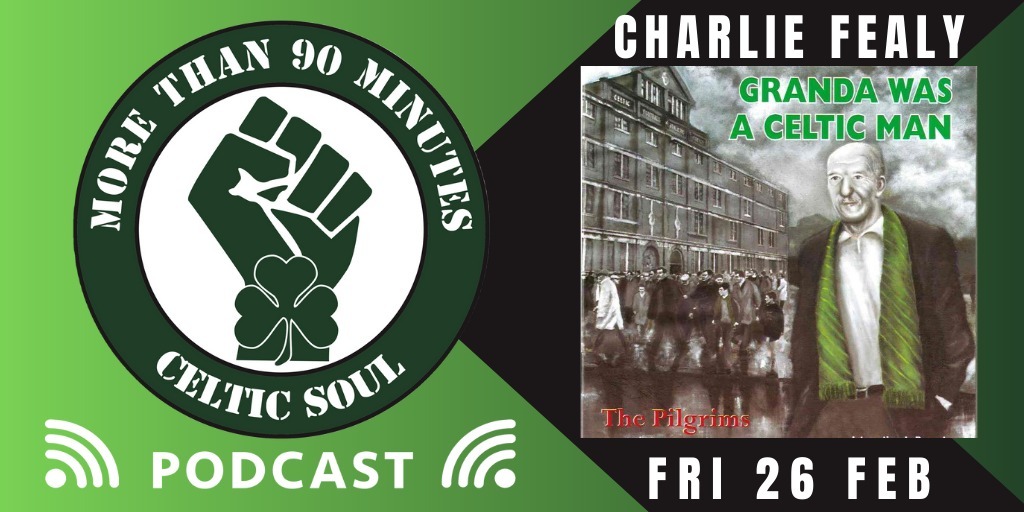 Charlie Fealy is a singer, songwriter and front man of the legendary Glasgow Irish band The Blarney Pilgrims. Born in Dundalk, it was Glasgow where Charlie and his band would become part of the Celtic Match Day experience for so many Celtic fans and his music can be heard blasting out of supporters buses up and down the coast of Scotland on route to Paradise and on European away days.

With the Blarneys iconic album “Granda Was A Celtic Man” now re-released on digital platforms including Spotify. Andrew and Charlie chat about the album, Charlie’s life growing up in Glasgow after moving from Ireland to the Gorbals at 3 years old and Kerry where he now calls home.

Charlie talks about the bigotry he faced in Glasgow and also the decent people who educated him and his awakening to Celtic and what it stood for on his first visit to Celtic Park as a young boy. They chat about Celtic, music, politics and social issues as the conversation flows after almost two decades since they last spoke.

Legendary gigs in Glasgow and Ireland come up in conversation including the Mean Fiddler in Dublin where another iconic album was recorded “Marching Down Sackville Street” and some new material that Charlie has written and hopes to record soon and who knows maybe a reunion and some live gigs to look forward to after these lockdowns.

They talk about the songs that Charlie wrote for “Granda Was A Celtic Man album” and how it was written through the eye of a Celtic fan for the Celtic fans. Celtic is much more than a team who plays for 90 minutes to Charlie and that comes out through his music and also in this conversation.

It’s fascinating to hear how the Glasgow Irish sound of the Blarney Pilgrims originated from and the musical pioneers who influenced Charlie along the way from America and closer to home in the pubs of Glasgow. If the London Irish sound was captured perfectly by The Pogues fussing of Céilí and Punk then the Glasgow Irish sound created by Charlie came from the drums of Republican Flute Bands and American Bluegrass.

Influenced by some wise words from Luke Kelly, Charlie set out on his musical career in smoke filled Irish pubs in Glasgow from his Gorbals home with the conflict in Ireland never far from his thoughts when he sang or strummed a guitar.

Charlie jumps in the Tim Time Machine and heads back to 1980 and into a packed Celtic Park when you could still bring a carry out in to enjoy the game.

Both “Granda Was A Celtic Man” and “Marching Down Sackville Street” are both available to download and listen to on Spotify.