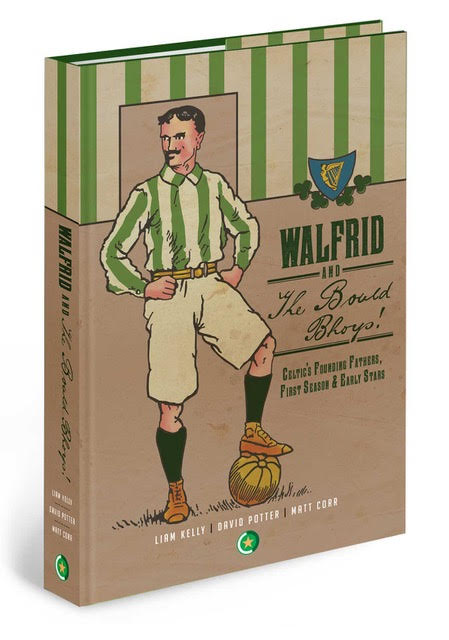 … Ten years into the role as Headmaster of Sacred Heart, Brother Walfrid was increasingly faced with the challenges arising from a trio of issues – the appalling social conditions of Glasgow, a lack of school attendance and Catholic children converting their faith, due to preslytism within Protestant-ran soup kitchens. Walfrid identified the school’s attendance record as his primary concern, as with greater attendance the government increased the funding that it donated to each educational institution. A rise in government grants would mean that he, as a lead member of the St Vincent De Paul Society, could then seek to tackle wider issues with greater resources.

The ‘Penny Dinner Scheme’ was one of the projects that Walfrid established in the hope that children would be encouraged to attend school in order to enjoy a substantial meal. The payment of a penny was a suggested token to avoid embarrassment for parents who may feel a loss of pride at being seen to depend on charity, although payment was never compulsory. To acquire premises for serving these school dinners, Brother Walfrid approached the local St Vincent De Paul Conference for assistance. The Society obliged, renting a shop property behind Sacred Heart School, in Savoy Street. The shop was turned into a makeshift kitchen and was to be the first location used to provide food for The Poor Children’s Dinner and Breakfast Tables.

Brother Walfrid worked closely with his confrere, Brother Dorotheus, who headed St. Mary’s Catholic School in the Calton district of the city. Taking over a disused blacksmith in the school yard, Dorotheus also set up the ‘Penny Dinner Scheme’ for pupils at St. Mary’s. As the year progressed, the scheme’s success rocketed to such an extent that it became challenging to continue to satisfy the increasing demand, and other initiatives needed to be explored to sustain benefit for the children.

A mark of the problematic overgrowth of the scheme was that Sacred Heart provided 48,500 dinners and 1,150 breakfasts in its debut year. Added to this huge level of service was the fact that the school capacity had quadrupled and was to educate over 1,200 pupils for the school year of 1886. Similarly, St. Mary’s started the first six months of 1886 by serving 26,421 meals to students, 17,707 of which were free of charge. Rather than make the suggested donation of a penny compulsory, the decision was made to reach out to other aspects of social assistance.

The two Marist Brothers soon branched into football having seen the enjoyment that not only their pupils, but the working-class people of Britain had got from playing the sport. The pair set up youth football leagues for former and current pupils of each school, whilst Walfrid also founded a few teams of his own, which were associated with his other community organisations, including one outfit born from the literary society that he had developed for local Irish linguists.

The rapid growth of football attendances, particularly at Edinburgh Hibernians matches, led Walfrid and Dorotheus to spot a fundraising opportunity. Indeed, Walfrid had already invited Edinburgh Hibernians to travel to the east end of Glasgow on 26th September 1885, where a reserve team fulfilled a charity game against a junior club named Glasgow Hibernian. After that match, the Edinburgh side were fed and entertained by the St Vincent De Paul Society at St. Mary’s Church Hall…

About Walfrid & The Bould Bhoys:

This book, published by The Celtic Star, is a publication written by three authors from different generations.

In the first section, Liam Kelly (the youngest author) writes a profile on each of the 21 men who founded Celtic Football Club. Whilst many fans know about Brother Walfrid, the contribution of at least 20 other men has been forgotten, yet they too shaped the history, culture and identity of the Celts. Without their collective entrepreneurship, religious and political memberships, or professional contacts, the club would not exist today as we know it. In a time when the Irish community and people of the Catholic faith faced many challenges and outright poverty, these men defied the odds. They immersed themselves in the church, politics and charity. There were lawyers, clergymen, pawnbrokers, politicians, teachers, academics, charity leaders, trade union organisers, Irish Republican revolutionaries, publicans, engineers, and musicians.

The next section is written by Celtic tour guide, Matt Corr, who provides an excellent month by month account of the club’s first ever season. It was a daunting prospect for any newcomer to the Scottish football scene, but this was Celtic. Nothing would ever be quite the same. The section provides a unique insight into the progress made by the new football club emerging in Glasgow’s east end in the spring of 1888, including a look back at some of the characters and key fixtures which shaped one of the world’s great sporting institutions. This part of the book reveals how it felt to be Celtic in 1888/89!

The final section is penned by veteran Celtic author, David Potter. David introduces readers to the early star players, or Bould Bhoys, who made the club’s success and meteoric rise possible. The key thing about a football club is, of course, its players. People come to see football players performing on the field. Two things are salient about the Celtic’s early teams, one is that there was a determination to choose flair players, the other was that their religious background did not matter in the slightest. This entertaining section provides anecdotes and facts about some of the early legends of the club, from Barney Battles enjoying an Albert Kidd style moment in the late 1800s, to how players became known as Napoleon and the Icicle.

There is also a bonus feature – an eyewitness account of Celtic’s first ever match, written by the late Dan Drake, who attended the game with his father! This incredible primary source of events is also supplemented by multiple picture pages of those early years of the club.

If you want to know your history then this is the book for you.

It is available, in hardback, from all official Celtic FC stores and from celticstarbooks.com