Home / News / The need to see beyond this Season

The need to see beyond this Season 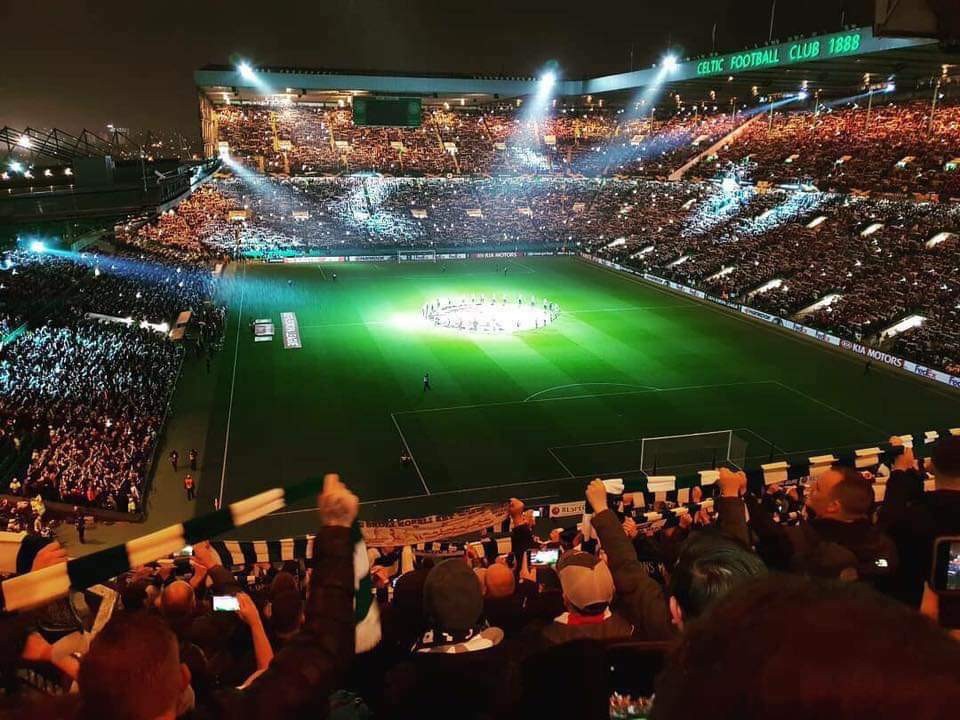 Derby defeats hurt more than any  other and given the overall impending sense of almost Armageddon that is surrounding this season, the reaction from many sections of our support was no surprise.  There have been many comparisons in the media between this season and the last time a club in Scotland went in quest of the “Ten” in season 1997/98, which thankfully saw the good guys triumph at the end.

One thing that wasn’t so readily available over twenty years ago was social media platforms that allows for all sorts of information but also it must be said misinformation and counterproductive and divisive comments that often go unchallenged, many without a scintilla of truth and inevitably is spewed within seconds of a poor result.  A real case of empty vessels making the most noise. There always needs to be a place for healthy debate and by God there have been dozens of scenarios in the past where I have argued, often being a sole voice about an issue relating to our club.

We are never going to agree on all issues but some of the stuff I read online from a small section of our support recently was pathetic. More click baits than anything. We as a support are better than that and with an array of fantastic Celtic media outlets out there, it seems unfortunate that feeding into some of the wannabe bloggers and doom merchants in our support has been an unhealthy past time for too many Celts.

There is some super content out there and some of the podcasts, including I must say the editor of More than 90 Minutes podcast “The Celtic Soul” have been a brilliant outlet for Tims throughout the world to stay in regular contact with fellow Celts and also keep up to speed with the latest happenings in Paradise. Gone be the days when waiting for the arrival of the Celtic View was anticipated by so many to get a better sense of “How are the Bhoys doing?” Not so sure that the View always did that though!! Throughout these strange times we live in the enjoyment many within the faithful have gotten from some of the on-line podcasts, as a means to escape the trials and tribulations of today’s current affairs and daily news can never be underestimated.  Still there is some irony in the fact that never before have we had such an amount of Celtic related content at the click of a button yet it can seem at times the more you read the more ill-informed you can become.

The backlash to the results this was pretty inevitable. The tension surrounding this season is enormous and is being rammed up daily by the main stream media with sensationalist headlines now becoming the daily norm. A large array of the Celtic support has earmarked this season from way out. The death of our biggest rivals in 2012 saw many begin to wonder almost straight away “what year could we get the ten??” As soon as the jelly and ice cream had been gobbled up in celebration of the liquidation of Rangers, for countless of Bhoys and Ghirls the talk was of nothing else only “The Ten”. Many within the faithful have referred to it as “The Holy Grail”. Yet throughout all of this talk of “Holy Grails” and “Biggest season ever” I have felt there is something very uncomfortable about it all. I fervently feel we need to aim higher as a club.

We reached the “Holy Grail” in ’67 and domestic dominance needs to be a spring board to greater things. Not the top of the mountain.  I have watched as our ground and the surroundings have grown to become the envy of pretty much every club in the U.K. The world’s greatest players and supporters of some of the biggest clubs on the planet have queued up to eulogise the match day experience and atmosphere created by the faithful. Countless tributes have been paid to the club after playing in Paradise from the good and the great of world football.

“The atmosphere generated by the fans in Celtic’s stadium for our visit was the most impressive I’ve ever witnessed. The grounds of Liverpool and Manchester United are good and the hostile feeling of playing against Real Madrid in the Bernabeu is also excellent, but the atmosphere against Celtic was the best.”
Xavi (Barcelona) (Sep 2004)

“Celtic fans are some of the greatest supporters I know.”
AC Milan midfielder Clarence Seedorf (Oct 2007)

“The Celtic fans are incredible. It is always great to play there.”
Cristiano Ronaldo, Man U (2008)

“I’ve been fortunate to play in some great stadiums in Europe with Barcelona but none compare to Celtic. The atmosphere their fans create make it a very special European night of football.”
Messi (Sep 2013)

You could literally fill ten pages with quotes from so many well-respected names within the game on how special our ground and support are. Yet for too many in our support the height of their ambitions is about just beating a bastardised version of a club long gone. In many quarters there was talk of disappointment we even qualified for the group stages of the Europa League this season and the likes of AC Milan coming to town has been greeted with derision and disdain. A nuisance and a distraction to many.

Obviously not being able to attend the games will massively impact on our level of excitement but it still saddens me how so many within our support are completely dismissive of this seasons European games.  I asked a mate of mine “We’ll where do we go after we do the ten?” The response he said embodied everything that is holding our club back, “Easy, going for 55.”  Referencing the desire to beat the laughable notion that Rangers (2012) have been pushing, that their next league win will be their 55th League Championship given the previous Ibrox clubs fifty-four titles.

I’ve no doubts that the cries of “Here for ten in a row” have been music to the ears of many within the board who have frustrated a large section of the faithful for many years relating to their prudent policies that have stifled us moving forward. You can imagine the conversations in the corridors of the boardroom, “All we need to do is beat that mob and we’ll be ok, no need to deepen our pockets too much”. Imagine if the board had paid the money for the likes of John McGinn a couple of seasons back. The short-sighted penny pinching we’ve witnessed over the last few years is a shameful indictment on the board.

While we did see some positive investment this Summer it inevitably happened after we exited the Champions League and our reactionary approach to the transfer market once again came back to haunt us. There is no club on the planet like the Celtic and Paradise on a European night is unrivalled. It’s just a pity that some within our support don’t see the potential for our club to kick on. We are so much better than limiting ourselves to being champions of Scotland. Of course, that’s brilliant but there is so much more we can achieve.  We have either won the league or brought it to the last day every season bar one since the turn of the century.

Ironically it was one of those seasons we didn’t win the league in 2003 when we went on our European odyssey to Seville that is most fondly remembered by many Celtic fans. It’s a shame so few are wanting to dream of such European dreams again at present and seem satisfied with beating an eight-year-old football club. As a young fella going to Celtic Park, European football was something that tended to begin in July and end in August. It was something that was just to be watched on TV. I remember celebrating wildly beating SC Tirol in August 1997 and thinking how great that we will have one more round of European football that season.

Don’t ever tell me A.C Milan and company are an unwanted distraction. Our footballing arena, envied by so many, is a stage befitting of the AC Milan’s of the world far more than Hamilton Accies or dare I say it eight-year-old football clubs dripping in bigotry and living off the history of the 2016 Petrofac cup.

I am not wanting to minimise this season’s importance to the club and our support.  As someone who grew up during the previous Rangers Nine in a row era there is something very special about this current run we are on. To think that the immigrant club can achieve a run of domestic success in Scotland never seen before and most likely to be seen again is a once in a lifetime chance. Cool heads on the park and within the support are needed and I am still immensely confident we will get back next season, despite a concerning number of flat performances this season. But this season regardless of its outcome will come and go and the club we all love will remain. Don’t allow us be defined by them in any way.

Our greatest hour will always be in Europe and I believe our greatest days ahead are those magical nights under the lights. For those that disagree with me, we have to dream bigger, the bright star above the front doors of Celtic Park in memory of Lisbon reminds us it’s our duty.

Ciaran Kenny is a member of Naomh Padraig CSC in Dublin since the early nineties.He is also a regular at Celtic games at  Paradise and beyond since 1995, he is a season ticket holder at Celtic Park since 1999, a Shareholder and also a member of the Celtic Trust. He has worked closely with the homeless services in Dublin City working with Don Bosco Care since 2001. He is also Chairperson of the Irish aftercare network which advocates for better outcomes for young people in care throughout all of Ireland. Ciaran has contributed to Mt90M since 2008.