Home / Celtic AM / The Inside Story – Steve Walford

The Inside Story – Steve Walford 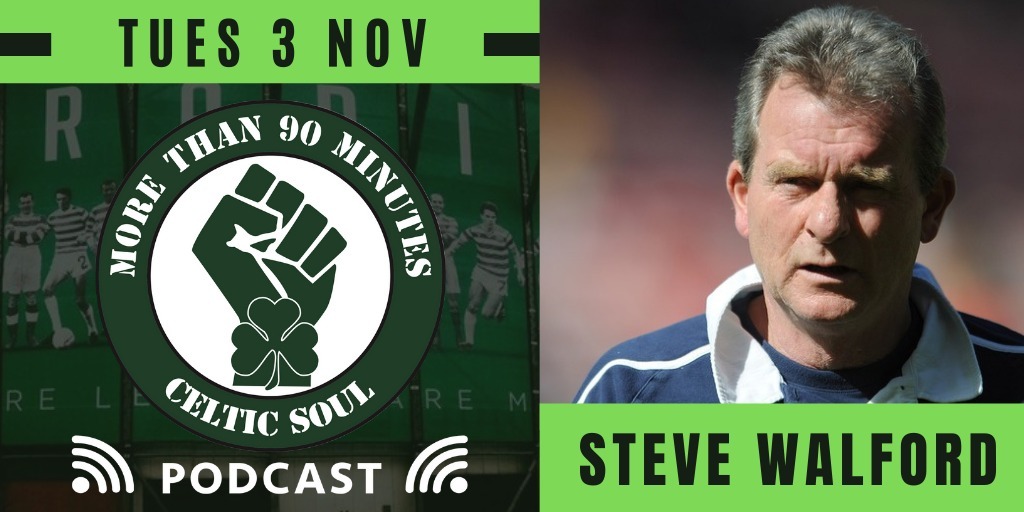 Steve Walford won the FA Cup as a player with Arsenal, He also played for Spurs, West Ham and Norwich during his playing career. As a coach he has been ever present by Martin O’Neill’s side in the dugout out from Wycombe Wanderers to the Irish National Team and of course at Celtic where he won 7 medals in Glasgow and was part of a great period in Celtic’s history.

Steve joined me on the Celtic Soul Podcast for a chat about his time at Celtic with Martin O’Neill and the success they had. It was interesting to hear his opinion on the players they inherited from the previous season and the players that were brought in to strengthen the team.

He remembers fondly his first encounter with Rangers when the hair stood on the back of his head and we won 6-2. He also spoke about Neil Lennon’s winning qualities and his faith in Shane Duffy who he worked with at Ireland.

He reflected back on his time at Ireland and working alongside Roy Keane and working on the basics and setting the team up while Roy was more hands on at the training pitch.

Losing is not an option at Celtic as he looked back at his time in Glasgow and pressures that come with it. Steve knew Celtic was a big club but after a few days he realised just how big the club actually and the pressure that comes with it.

A treble winning first season and then the first Champions League game against Juventus and the attitude of the players who were still hungry for success. Steve remembers when we were robbed in Turin and a point there would have got us out of the group.

Lubo surprised Steve when he first saw him on the training pitch and he did not know what was his best foot and he tells me that you can’t coach what Henrik Larsson does because he was just an outstanding goal-scorer.

Steve like all of us was gutted after losing in Seville after that great run through Europe to the final in close and tough games. He told us it was a hard defeat to take and was raging with the behaviour of the Porto players who tried to get Celtic players sent off.

If the 6-2 game was his favourite he was gutted in Motherwell but also remembers fondly a 3-0 win at Ibrox.

The Bhoys Are Back in Town T-Shirt |Black (Pre-Order)