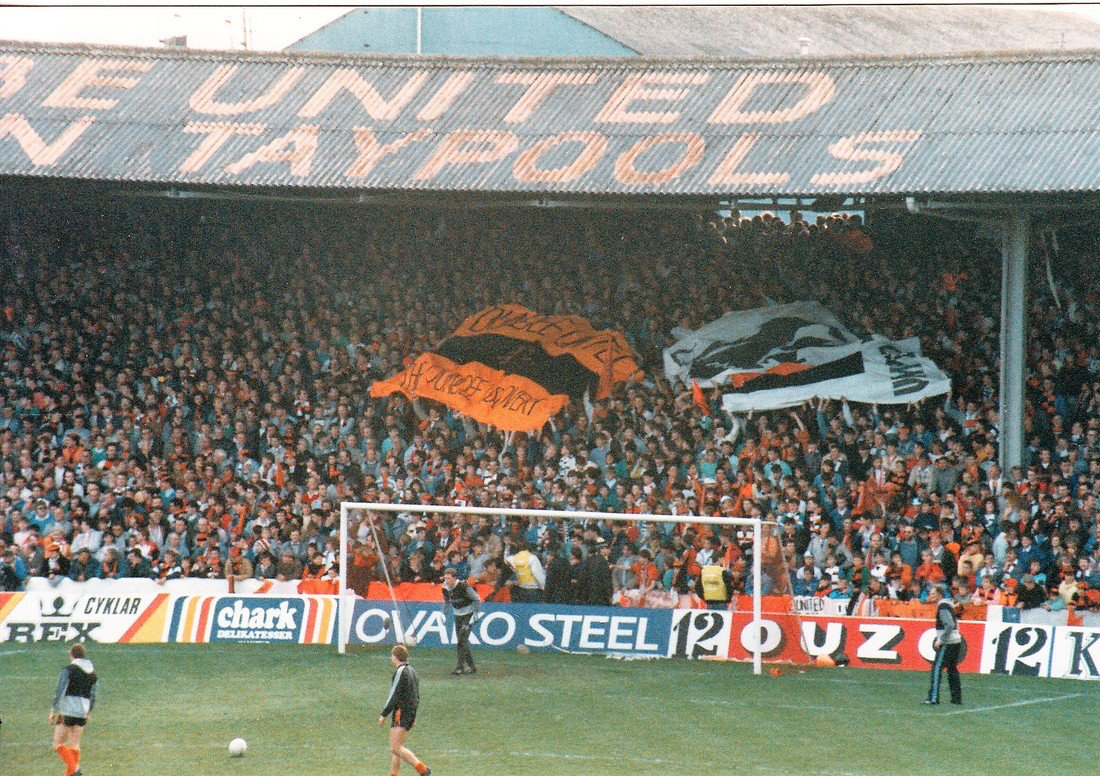 Dundee United are quite a nice team with supporters who are very happy to tell you that they prefer Celtic to Rangers, a club for which they have a passionate hatred. There are reasons why they like us. They were formed as Dundee Hibs in 1909 and made no bones about the fact that they were there to serve the Dundee Irish, of whom there were a huge amount. The Dundee Irish had mainly centred in Lochee, a district about a mile from Tannadice which rejoiced in the nickname of “Little Tip” (Tipperary).

During the 1920s and 1930s, although they changed their name to Dundee United to try to curry favour with the establishment, their supporters went around telling everyone that they were going to Tannadice on Saturday, but by next week they hoped to have saved up enough money for a trip to Parkhead. Dundee United occasionally managed promotion, but didn’t last long and they were no real threat to Celtic, so “dual support” was quite possible. The old half-time scoreboard would often tell them that Celtic were beating Motherwell 2-0 and it would be greeted with a cheer before the crowd settled down to watch United take on East Stirlingshire.

The ground was a shocker with a particularly dreadful stand, and United were always the poor man’s team of Dundee. Once, only once, did they have the audacity to challenge Celtic and that was in January 1949 when they put that dreadful Celtic team of the post war years out of the Scottish Cup. After that, it was back to playing Albion Rovers, Forfar and Dumbarton with a miserable team, and the only real consolation was the local delicacy called a “peh” at half-time. You and I would know it as a “pie”, and it was probably made by Dundee’s legendary baker “Peh” Wallace. It was usually delicious, but the football was awful.

Things changed about 1960, and for the first time we saw the Dundee Irish beginning to turn their backs on Celtic in favour of exclusively supporting United. Promotion, a good team, an eccentric stand with turned a corner, concrete terracing’s (all funded by an excellent lottery called Taypools), floodlights which were higher than those of Dens Park across the road, a few good Scandinavian imports and a new force had arrived in Scottish football. Celtic now had a rival in the city of Dundee.

And then came Jim McLean. There was something quite likeable about that miserable brute, and he certainly produced the goods in Europe. They have certainly gone back since the days of Jim who was never likely to be called a hedonist or even a happy man. I am told, however, there was a good side to him as well, and he did know his football.

Goodness knows how their supporters like us. We have treated them dreadfully – 4 Scottish Cup final defeats (two of them 1985 and 1988 when United thought they had it won), twice in 1981 and 2008 winning the League on their patch and then in 2015 when they decided to dismantle their team, we took all their stars like Stuart Armstrong and Gary Mackay Steven! It has been almost like bullying, but we all cheered when they won the Scottish Cup in 1994 through a Craig Brewster goal which must be one of the worst Scottish Cup final goals of them all – look it up on YouTube! – to deny Rangers a treble.

They also won the Cup in 2010, the Scottish League in 1983 and the Scottish League Cup in 1979 and 1980, and of course their deeds in Europe in the 1980s deserve all the praise that they can get. They twice beat Barcelona, which is not bad for a team formed in 1909 for an impoverished ethnic minority. They changed their name from Dundee Hibs (although some supporters as late as the 1950s were heard to shout on “the Hibs”) and then went to the bizarre extreme in their attempt to distance themselves from Irishness by changing their strips to orange, but we find in Dundee United fans a kindred spirit. 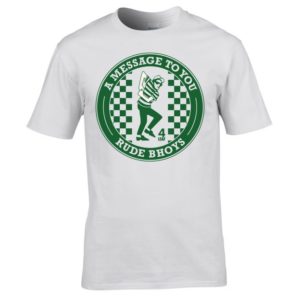