Home / Celtic AM / Talk from the Terrace – Bernard Higgins, the KGB, Celtic Away Days & Europa Nights

Talk from the Terrace – Bernard Higgins, the KGB, Celtic Away Days & Europa Nights 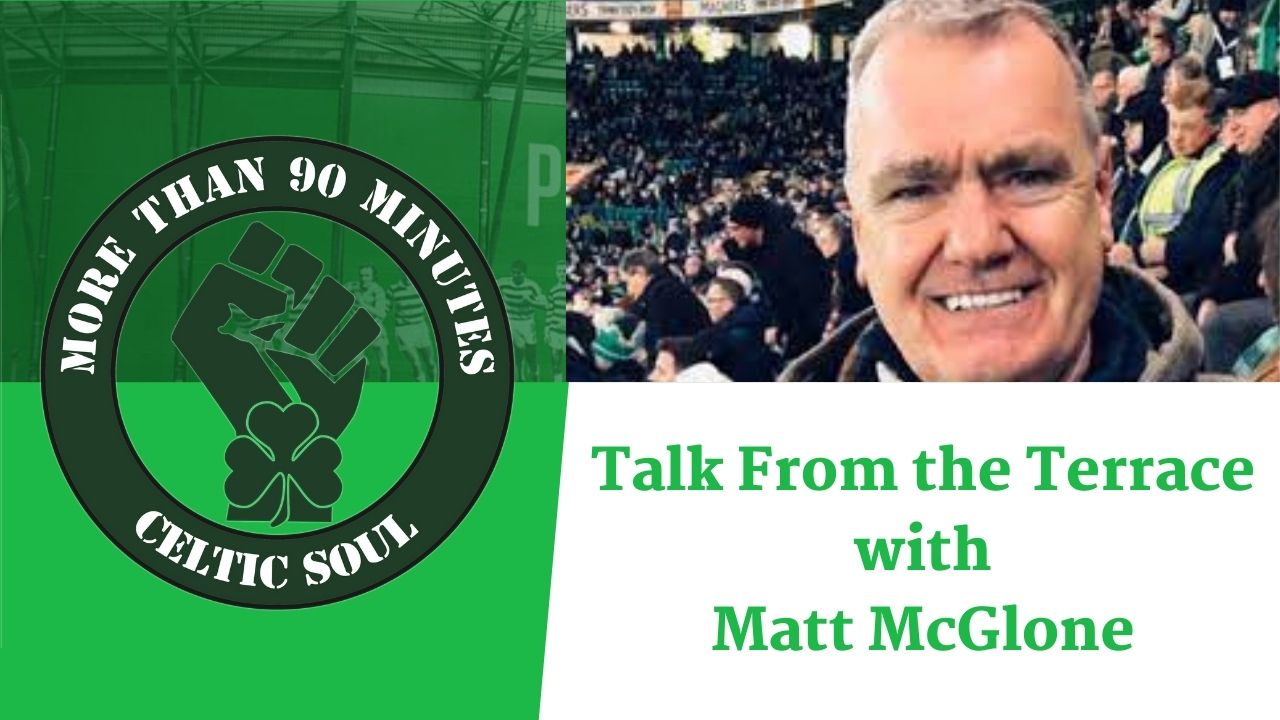 More than 90 Minutes Editor, Andrew Milne is joined on this Episode of Talk from the Terrace Podcast by Matt McGlone, Celtic Fan, Editor of the Alternative View Fanzine, author of Emotionally Celtic and the founder of the Celts for Change back in the 1990’s .

With games coming thick and fast for Celtic, Matt and Andrew chat about the Celtic Fans love for Ange and the chase for the SPFL title after the impressive performance on Sunday against Dundee United

With the feel-good factor around Ange and the Celtic Fans growing, the Bhoys ask the question Why the board are so removed from the Celtic Support with the whole Bernard Higgins saga as the support grows for the campaign against his appointment within the Celtic Fanbase.

They also reflect back on their recent trip to Germany for the Leverkusen game which also has Matt reminiscing about previous trips in Europe and getting lifted by the KGB when Pies and Whiskey would be his and his mates get out of jail card.