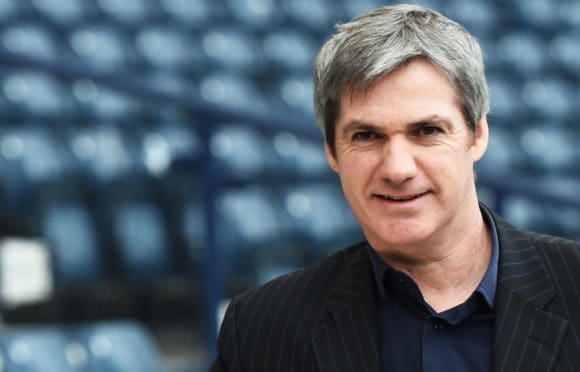 By the time I arrived in Malone’s it was filling up nicely and the punters were enjoying the free bacon rolls while Danny Kelly was belting out the Celtic tunes and some lovely Irish ballads.

We kicked off with John Paul Taylor, the Celtic Supporters Liaison Officer shortly after noon and as you would expect tickets and fan safety were on the agenda and brown sauce, yes, someone’s biggest issue on a recent match day was a shortage of brown sauce in the North West Stand which brought the first laugh of the day and many laughs followed.

Next Up was Tam and Seamus from the Paradise Steps charity, they brought the audience up to date with running up and down the steps of Celtic Park, Old Trafford and Wembley while raising £60,000 for charities in Malawi and Glasgow. The thinking behind the charity efforts is to make sure that access to education is not a barrier for under privileged children. Just two of their many initiatives are in Malawi where they fund kitchens which feed all the school children and they have bought new school uniforms for children closer to home in the East End of Glasgow, Brother Walfrid would be proud.

The final guest was cup final hero Joe Miller, when I introduced him there were chants of Jo Jo Super Jo Super Jo Miller and he did not disappoint, hilarious stuff about his time at Celtic with players like Frankie Mac, Mick McCarthy (or Michael as Joe likes to call him) Anton Rogan, Billy Stark (the ghost on the post) Roy Aitkin and there were also heart-warming moments when he spoke about Tommy Burns and the gaffer Billy McNeill who he still visits. All the interviews are on my Facebook page if anyone wants to watch. Thanks to McConnell’s CSC for allowing us to share their bus to the ground. As with most games.