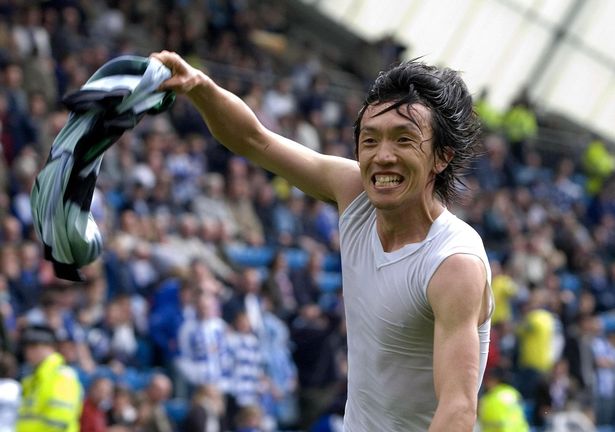 The Celtic fans in their thousands at Rugby Park and in their millions beside television screens throughout the world were getting impatient. It had been a frustrating afternoon. “Not easy watching” was the phrase which sprung to mind, and often supporters would wonder why it was that they put themselves through the excruciating torture that loving Celtic often is. Why couldn’t we have taken up gardening, or played cricket or golf, or chess?

Or even supported someone like Stirling Albion or Forfar or Partick Thistle where the agonies were a lot less acute? Not for the first time did we appreciate the truth of the dictum that one does not support Celtic as any kind of casual hobby. If we do decide to go down that path of life – and very seldom does anyone decide to support Celtic, for usually that green-and-white seductress has us ensnared from a very early stage – then it is a commitment for life. It is also an endogenous, irreversible and, indeed, terminal condition. Such philosophical thoughts were whirling their eddying way round our psyche . . . but the bottom line was that we wanted, we needed, we craved a goal.

A win was required to win the Scottish Premier League that fateful day of 22 April 2007. The team had played well in the early part of the season, but after the New Year a few dramatic late victories had perhaps disguised some deficiencies in the team. After an unlucky defeat in Europe to AC Milan, the team had stumbled and were crawling towards the finishing line rather than striding purposefully towards it. David Lloyd George, the British Prime Minister in 1918, had described the last few months of the Great War as “a bloodstained stagger to victory”. Celtic supporters in 2007 knew what he meant.

On this day at Kilmarnock it was all about anxiety and nerves. The team had gone ahead in the first half when Vennegoor of Hesselink scored from a Nakamura corner, but then Kilmarnock had equalised at the start of the second period. The second half had crawled agonisingly, with Celtic clearly on top but unable to convert their outfield supremacy into the one goal that would guarantee delirium. Seconds before the 90 minutes were up, Derek Riordan put an easy one over the bar, and the feeling grew that it was not to be. A few of the weaker brethren went home, and those watching on the TV began to think that they could vent their frustration outside on the grass by giving it a fierce going over with the rusty lawn mower.

But then a ray of hope appeared, almost like the rising sun does in Orient, as it were. A free-kick was awarded just outside the box, to the right of the centre. This was Nakamura territory. We were well within the three minutes of stoppage time, so it did not take a genius to work out that this was the last chance saloon. Naka had saved our bacon many times this season. Could he do it once more? The Setanta commentator drew our attention to the fact, as if we didn’t know it, that millions worldwide would now be watching. The thought passed through my mind that it would be about 11 o’clock on Sunday in the United States and Canada (and that people would be going to church), the middle of the night in Australia . . . very early on a Monday morning in Japan

Naka nodded to someone and after a wee bit of pushing and jostling between Celtic attackers and Killie defenders in what passed for a wall, he ran up to take it. It was absolutely perfect, curling in at the far post and hitting the line as it crossed, so that even if the goalkeeper had been able to get across to the ball, he would have had a job getting down to it.

Clichés like “the terracing erupted” or “the crowd unleashed a tidal wave of appreciation” were somehow inadequate to describe the reaction of the fans. But the joy released behind that goal and indeed in pubs and living rooms throughout the world bore ample testimony to the support’s appreciation of what had been achieved. It was simply so fitting, so appropriate, that the man who had saved Celtic so many times over the past two seasons with his brilliant free-kicks should do it again today, on the day that the 2007 League was won.