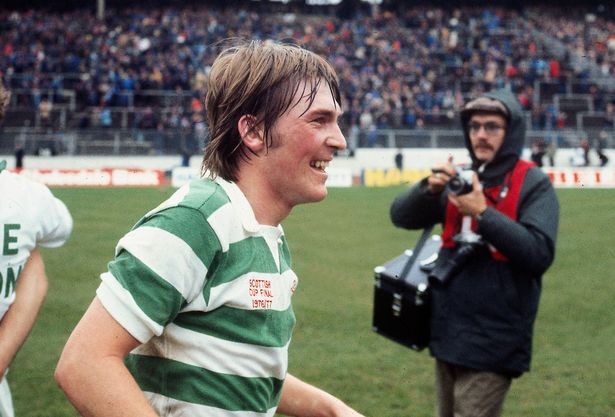 As the vultures circle around Celtic’s first team once again, with the tabloids waiting in the wings to break an exclusive!. The most recent high profile heart breaking departure, Kieran Tierney was a bit of a disaster but we moved on regardless and continued to dominate but it was not always the case.

We could perhaps reflect on other transfers which have gone wrong as far as Celtic are concerned. Occasionally things can work out well. One thinks of Willie Buchan in October 1937 who was just told one day that he was going to Blackpool for £10,000. But Celtic had someone as good awaiting in Malcolm MacDonald. By the end of that season, Celtic had won the Scottish League and the Empire Exhibition Trophy.

It was in fact a nifty piece of business. But on at least four other occasions, the team has suffered, the fans have suffered while the establishment has remained impervious to the misery, seemingly unaware that supporters have feelings too, and that their feelings ought to be taken into account.

Jimmy Delaney February 1946. Jimmy Delaney, the grandfather of John Kennedy, has been a great player for Celtic during the war. Late in the 1938/39 season, he had broken his arm badly in a game against Arbroath. This injury possibly did him a favour in keeping him out of the Army, but it also kept him out of football for two years. When he returned Celtic were in the doldrums and stayed there in spite of Delaney’s inspiring play on the right wing.

Possibly feeling that Celtic without Maley (the grand old man had retired/resigned/ been sacked in January 1940, depending on one’s take) were finished and going nowhere, Delaney was looking elsewhere. The Second World War had seen a very poor Celtic team, and there was no immediate sign of any great improvement.

Matt Busby of Manchester United on the other hand, disappointed not to get the Celtic job that he craved, seemed to offer a “Celtic in exile” opportunity in Manchester. Delaney thought about it, took a risk and won the English Cup in 1948 while Celtic did not win anything until 1951. Jimmy remained Celtic daft, however, to the extent, in later life, of not being able to attend some games in case we lost.

Pat Crerand February 1963. The same team as Delaney and the same Manager who, in the intervening years, had built a great team which was destroyed in the Munich air disaster. Crerand had broken into Celtic in about 1960, and by 1962 (as he proved in the Scotland v. England International at Hampden of that year) he was one of the best half backs in the world. But again, Celtic were going nowhere and Crerand was aware of that. Some poor results in late 1962, and then a disaster at Ibrox on New Year’s Day. But it needn’t have been as bad as all that. 0-1 down at half-time.

Pat fell out with Sean Fallon in the dressing room, and basically did not try in the second half as the team subsided to a 0-4 thumping, the weather mirroring the mood of the Celtic faithful. It turned out to be Pat’s last game for the club – they won 5-1 at Aberdeen a few days later without him – and then the bad weather descended wiping out football, more or less, until March. In February, Pat was transferred to Manchester United to the distress of everyone in this dire era for the club.

The two Cup finals in May told the whole story – Rangers 3 Celtic 0, Manchester United 3 Leicester City 1. The pain was intense, and my mother was amazed and appalled at the frenzied tearing down of the pictures from the bedroom wall of the man who had been the idol of this 14 year old.

Kenny Dalglish August 1977. Undeniably the best player of the day, life looked good for Kenny and Celtic in 1977 after a League and Cup Double, the hope even being expressed that another assault on Europe might take place soon. But Kenny’s head was turned, there was clearly some sort of personality clash between himself and Jock Stein (however much mutual affection and admiration was expressed in public) and one must never under-estimate the problems in Glasgow of a boy from a Rangers background playing for and being such a star for Celtic.

A fight was picked about a tour of Australia, Kenny did not go, and when the team came back from a successful trip, Liverpool, who had just lost Kevin Keegan to Germany, saw Dalglish as the replacement. The transfer was completed with devastating suddenness, Celtic’s season collapsed before it began, Stein began to show all the signs of a man suffering from depression – and his mood was mirrored in us all. The incredulous Rangers won a treble, and Celtic’s resistance was feeble. The truth of this transfer had yet to be told – but no-one will do so. Most of the participants are now dead, except Kenny himself. Why, Kenny, why?

Charlie Nicholas  June 1983. A man of rare talent, freely compared to Pele and even Patsy Gallacher (and that is saying something) by my father, this immature young man was prevailed upon by cynical newspaper journalists and grasping agents to sell his birth right and to go to England. A talent that had rarely been seen was then ruined by the method football and the brutal defenders in England, whereas what we had seen at Celtic Park, for all too brief a period was something exceptional.

But in April 1983 he did not turn out for Celtic in a Scottish Cup semi-final against Aberdeen (and yes, yes, we all knew where he was – he was “detained” somewhere secure, they told me!) and predictably Celtic lost, and then proceeded to blow up in the League as well when we had seemed to have had it won. It was a very sad time of Celtic’s history, and a few weeks after Nicholas left, so too did Manager Billy McNeill. There was no apparent connection between the two departures, we were told, but it was difficult to believe. Without Nicholas, Celtic’s decline continued as won nothing the following season, the year 1984 being a particular collector’s item of Celtic horror stories.

The moral of all this? Outgoing transfers usually end disastrously for Celtic!