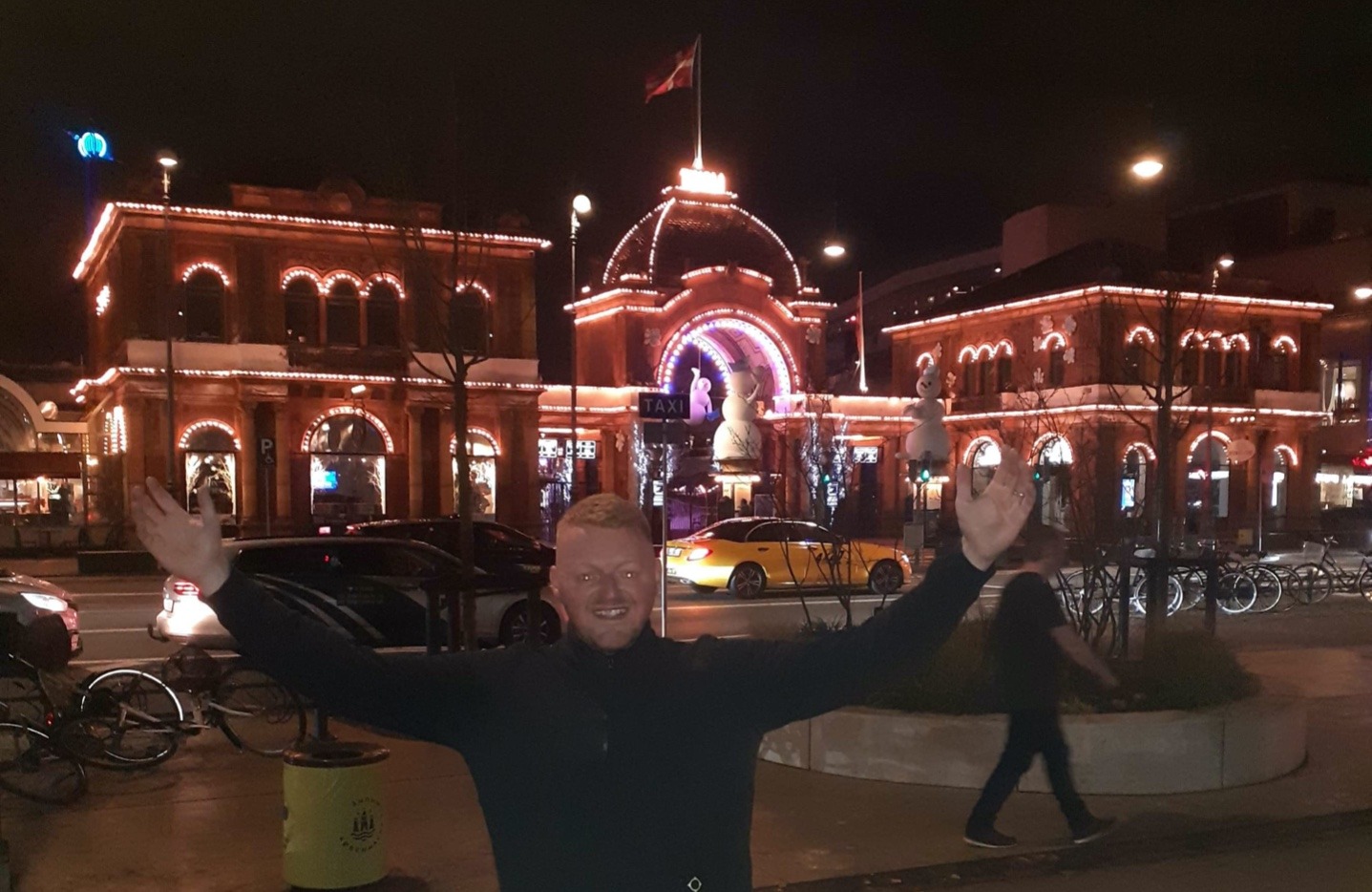 Copenhagen was eventful. The trip started at 5am on a dreich winter Wednesday in the city of James Connolly’s birth. Muzza and I made our way to the airport, walking to the Wetherspoons and instantly seeing a sea of green and which is a sight I seldom take for granted. Without fail, irrespective of city or airport, if Celtic are playing, the fans will make the pilgrimage in phenomenal numbers.

The travel itinerary on paper was horrendous, we’ll get to the breakdown, but in reality it was top class. Away with my mate, on the back of his 30th, taking a jaunt all over Europe. The unique element of Celtic is the support! Fanatical fans who’s primary passion in life is Celtic Football Club. On the flight to Stansted and we are straight at it, enjoying a chat about all things Celtic with young lads from the ‘Kirky Shamrock’. It never ceases to amaze me the similarities in relation to political thinking, internationalism, fan culture etc

Celtic is the support … A club created to alleviate poverty for the Irish diaspora who were brutally treated after seeking humanitarian support and compassion after fleeing starvation and colonisation. Unfortunately the indigenous population in Scotland weren’t ready to deliver ( social parity was only achieved at the start of this century), so we self organised, thus establishing the ‘Poor Children’s Dinner Table’. The thinking of Walfrid, Glass and Davitt are still prevalent now. 2020 and the connection with Ireland, charity and Internationalism is so strong. The support won’t break the connection with their community or history, and nor should the club, its non negotiable!

We had a few hours to kill in London before embarking on a flight to northern Denmark’s student city of Aarhus. Liam gave me an unapologetic hammering at gin rumy in the bar. A bite to eat, few pints and a football quiz lobbed in, and we are off. On arrival we make our way to a pool hall, as yet again, we had a fair few hours before making the final leg to Copenhagen. We met a lad from Belfast and Preston. The conversation covered a bit of everything from old players, being asked about Scottish Independence from locals to the family tales of personal involvement in the International Brigades of the Spanish Civil War by the lads we met.

Tables turned in the sports stakes. I put on a clinic on the pool table, and restored a bit of self respect, Liam’s not too magnanimous when it comes to competition  Takeaway food ordered, and a dash for a big bag eh cans, and we settle in for four hours on the tracks through the Danish countryside. While there we met a great guy called Adem from Dubai, he was off to Prague. Once he reached Odensse, he claimed his allegiance to Celtic, the indoctrination played off, he fell in love with the story of the club and we parted ways after sharing contact details in conjunction with his desire to see Celtic in Paradise. Cabin to ourselves, ballads go on, and the party starts!

Into Copenhagen, bags dumped at the Steel House and we are out for the night. The watering hole was The Auld Irish Bar. We met up with the lads from our CSC, 10 Leith lads enjoying a sing song and too many watered down Carlsberg’s to mention. The pubs packed, and the atmosphere was bubbling away for game day.

The hangover wasn’t great,  but you have to just get on with it. Its a few days of body brutality, no time to feel rough or sorry for yourself, Celtic kick off at 7 and we had to meet the lads. By this point, the pub we enjoyed the night prior was at bursting point. A sea of people, with no sign nor sight of floor. It was rocking, but a fair few too many songs about a certain ex Liverpool player and his inability to win a domestic league for my liking. Heading off to the train was eventful. The pub emptied in minutes and the support descends into endless lines of tubs. The noise at this point was deafening, and the fast majority were very confident of an away win to kick off the route to Poland in May. We arrived at the stadium silly early, no need to panic, the ground sold beer, by the bucket load!

Prior to the players emerging for the warm up, the Celtic end was packed. The Green Brigade had organised a Tifo, more credit to them when you contemplate the time, cost and logistics that go into such an undertaking. The vast majority of the support comprises of young working class guys. Not predominantly,  but in the main, the largest demographic. A fair few had invariably consumed a bit too much on the drugs front, consistent of both liquid and powder form. That said, no bother of note as is per the usual. Boisterous, at points over exuberant but generally, top class, in full voice and having a laugh.

The teams came out to a wall of noise and a sea of green and white, adorned by the words …  the Glasgow Celtic will be there. Thousands made the journey, and on the 13th minute went into a state of euphoria as French Eddie, with class and composure puts us 1-0 up.  This is the day rings around the stadium most of the half. The party was in full swing and Celtic looked imperious.

Whistle blows to resume play and the auld clinched expression of a tale of two half’s was abundantly accurate. We sat off, they wanted it, and got a goal, 1-1. VAR was used in a penalty incident, verdict was a spot kick. Forster gets a tip as he dives to his right. Que mad celebrations up our end, pandemonium ensues and I’m showered in beer, again!

The games finished, we share the spoils going into our home leg. I’m very confident we’ll finish the job and progress to the last 16. We have strength in depth, and players that can change games, real winners in various positions. After the game it was a more civilised affair. We head with friends to a hotel boozer opposite the station for a few pints, a post-mortem of the game before engaging in one singer one song, and working through a playlist of Celtic and Irish classics.

The night ends in a Chinese karaoke bar, somewhat random, but a good laugh. The following morning and it’s back the route we came. A long haul to Aarhus,  before flying off to London where we stayed the night In the Premier Inn. The following morning we head back home on the most turbulent flight I’ve ever experienced. Recapping the stories, the characters, the goal and Liam’s potential love life with an Australian Celtic fan whom he enjoyed a fleeting encounter with.

Yet another amazing trip to see my beloved club. 9 in a row is within sight, and we look good in Europe so nothing to be pessimistic about on a football front. It may well however be my last trip for a couple of years, as my beautiful wife and I are expecting our first child. Born, aptly in pre season for 10. I’ve been on many amazing trips, domestically and abroad. I cant wait to raise my own, as I was by my father, on the greatest institution of all – Celtic, A Club Like No Other!

Check out Martin’s interview on Celtic AM