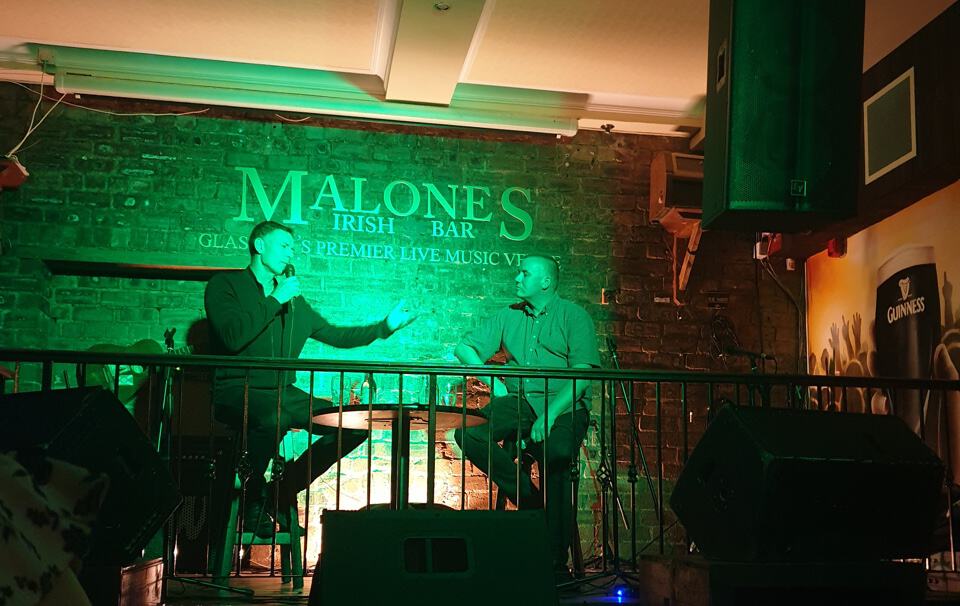 Before Celtic’s visit to Easter Road, it was a privilege to spend a sold out Friday evening in the company of Celtic Legend, Chris Sutton at Malones.

Sutton is a very humble character and before the night kicked-off he very happily took photos with supporters and chatted to them.

He is a figure that divides opinion not just within the Celtic support, but in a broader media context due to the work in which he does with BT Sport, The Daily Record and BBC. 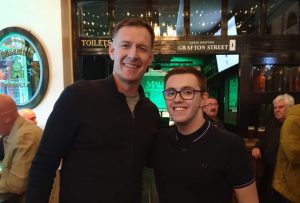 Sutton was a central part of the side which Martin O’Neill built and joined the club in July 2000. He would go on to play a major part during his first season at the club, with Celtic winning there first Treble in 31 years.

During his 5 years at the club he scored some terrific goals with the highlights mainly being in Old Firm fixtures as well as European games. He fondly remembers the goal which he scored at Celtic Park in the dying minutes of the game to whitewash Rangers during season 2003/04. Speaking to host Andrew Milne, one of his only regrets from his time in Green and White Hoops is the side not performing as well away from home in European competitions. It would be fair to say that the team which he was an integral part of could have taken on any of Europe’s elite and given them a right good game.

With his friend and former teammate being in the hot seat at Celtic Park, he still thinks that Celtic will have enough to win the league this year but knows that they will face a challenge in doing so.

Next up at Malones is an Evening with Alan Thompson on 22 Nov. Tickets are on sale now and are selling fast. Click below to secure your ticket

Declan McConville is currently a student studying Journalism and Politics at the University of Strathclyde. He helps to run the Maryhill Bertie Auld CSC and he follows Celtic home and away across Scotland as well as in Europe. Celtic is certainly much more than a football club and through it he has formed close bonds with a lot of fantastic people as well as some ex-players which is his absolute privilege.