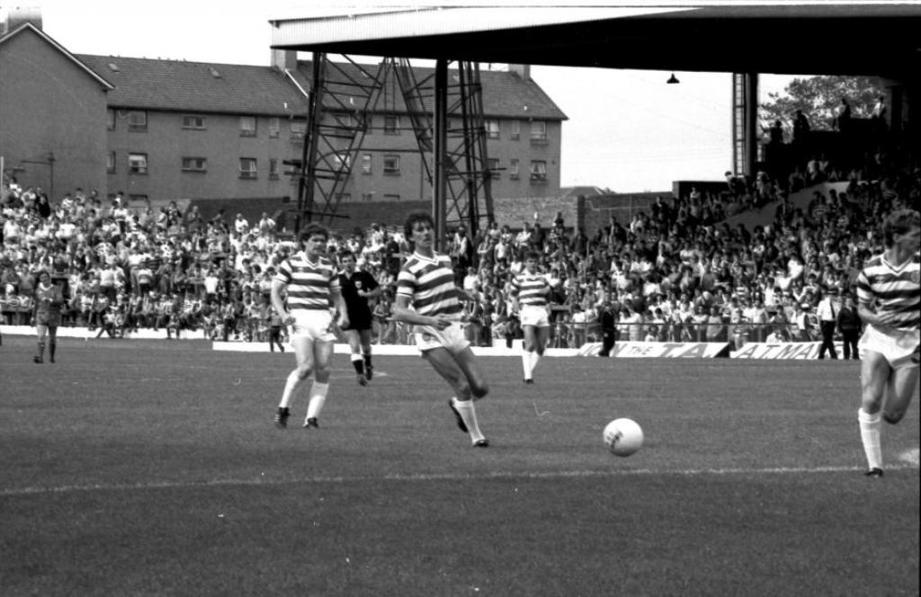 The 27th August 1983 won’t be remembered too well in the long history of Celtic football club, but for me it will always be remembered as the day I made my first visit to Celtic Park.

As a 5 year old who had grown up around a Celtic daft family it was trip I couldn’t wait to make.   My older brother Benny had been saying that he would take me to an upcoming match and that day gave him a perfect opportunity.

The sun was shining in Glasgow and the football season was only a couple of weeks old.   Benny had been going to the Celtic games since the mid 1970’s and at 17 he was given the responsibility to get me to my first game.   After strict instruction from my mum we made our way from our home in Riddrie to the match.

The visitors that day were Brechin City in the 2nd leg of a league cup tie.   The 1st match earlier in week had seen Celtic claim a narrow 1-0 win.  The expectation would be that Celtic could add a few more goals at home in the 2nd leg.

I don’t remember too much about the game and this is probably a good thing.   The match finished 0-0 and there was very little action in either goalmouth.

What does stand out in my mind was the walk towards the stadium approaching the main stand & the fans standing around the main entrance.

Entering the stadium through the old turnstiles at the main stand with a click and a clunk and then walking out through the stairs to get my first glimpse of paradise and the players warming up on the pitch, it was a brilliant experience.

My brother had bought me a match programme on the way into the ground and he gave me a pen to go stand at the tunnel entrance for autographs.   Tommy Burns walked passed on his way back to the dressing room, he stopped and signed my programme.   A great keepsake for my first match.

This match and performance was probably as low key as you can get.  A goalless draw with a team from a lower league and scraping through to the next round of the cup, but the memories I have will always stand out.

I attended a Celtic AM session at Malones in late 2017 and part of the line up included Willie McStay.   Willie was speaking about his time at Celtic in his playing and coaching days and his immense pride in appearing in the hoops and to do so with his brother Paul.

He told the story of his debut in the 1st team at Celtic Park as the 0-0 match against Brechin in 1983.   As it turns out there were are few firsts that day, including Brechins’ first visit to Celtic Park.

Brechin City made another trip to Celtic Park in the last couple of years, this time on Scottish cup duty.    A lot has changed around the club and stadium since 1983 and the area is completely unrecognisable.

I now take my seat in section 409 in the North stand with my 2 children, and my older brother Benny always looking to remember the spirit of the Jungle stands with his son at the back of the standing section and we probably wouldn’t have it any other way.

The emotional attachment to Celtic goes further than a match result.  They are more than a club to so many people and that’s what keeps generations of families and friends coming to Celtic Park year after year.