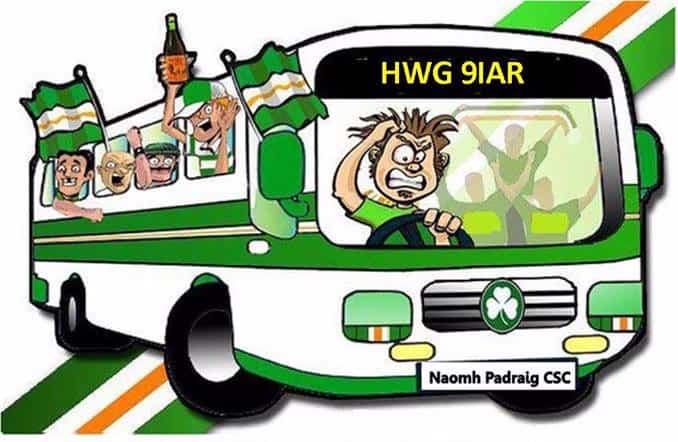 So the League campaign and the quest for 9 in a row has begun in earnest. Having left Dublin early on Saturday morning, the excitement on our supporter’s bus for the season ahead was massively evident. Huge numbers travelling on the Stena Line sailing was fantastic to see, but a nuisance where queuing up for an early morning coffee is concerned.

A sunny day always makes the journey from Cairnryan port to Glasgow that bit easier. Driving up the Ayshire Coast there appeared to be a real sense of positivity about the season ahead, which was refreshing to hear given so much on-line negative talk from many within the faithful. The D.V.D of choice on the bus looked back on our many great European nights and it is a fresh reminder that while many of us are consumed by domestic domination, our club should always be striving to make our mark on a more global stage.

There were a couple of people on the bus travelling to Paradise for the first time and on arrival it was evident how blown away they were of the ground and surroundings. There really is nowhere else to compare. Sun shining down, anticipation everywhere and the sounds of Brian Ainslie from the Kano Foundation roaring encouragement to the hundreds of kids entering Celtic Park for free, on an afternoon where this fantastic organisation were holding their annual bucket collection was as brilliant a Saturday afternoon as you could get. All this before a ball was kicked.

On to the game and sure what can you say. Brilliant, exciting football with an urgency and flair all over the park saw us wipe the floor with St. Johnstone. The energy and drive on the park from the kick off was really pleasing to see.

Leaving Celtic Park for the long journey home I was surrounded by so many smiling Tims. A really great start to the season. Lets see what the next nine months bring us. These are days of Celtic heaven, Drink them in Bhoys. Hail Hail