Home / News / One Giant Step For This Bhoy

One Giant Step For This Bhoy 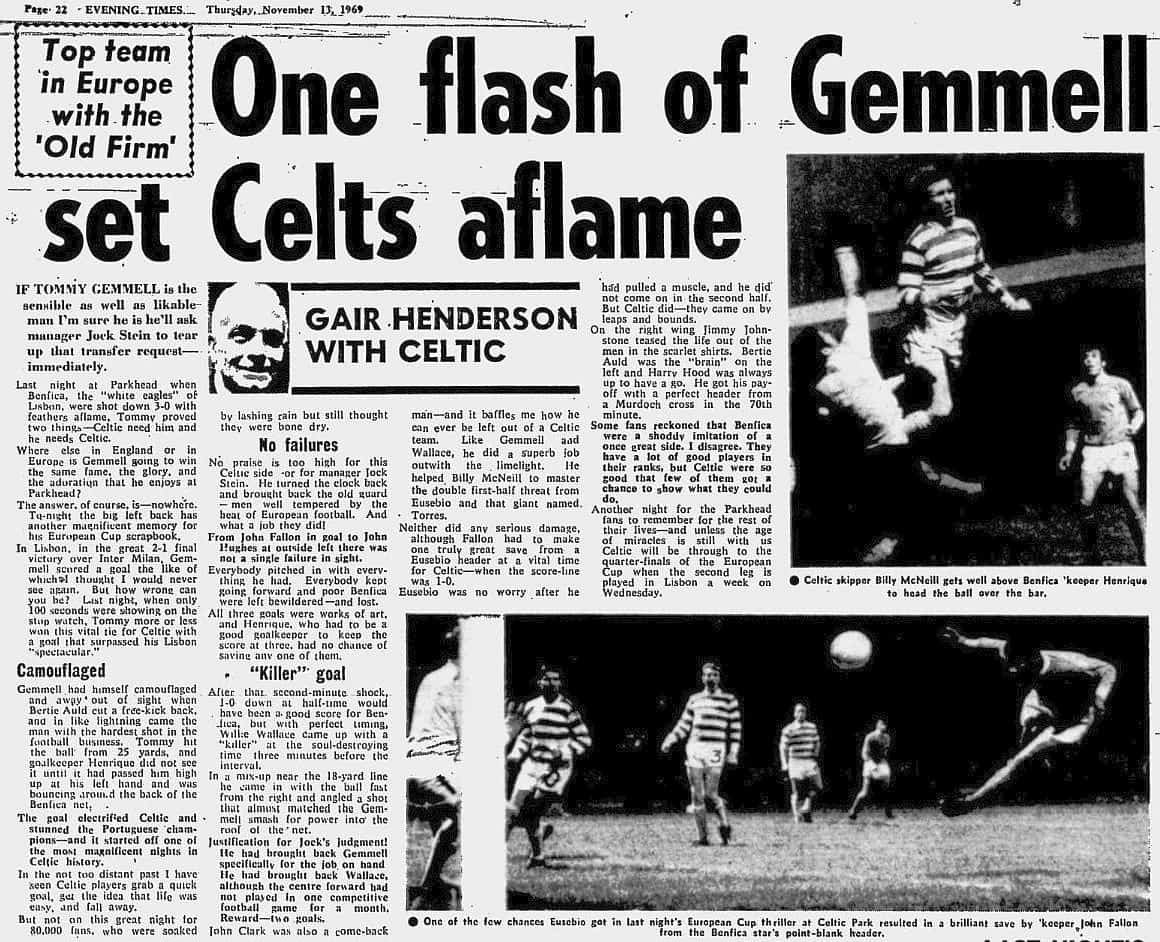 In November 1969 I made my first tentative steps up London Road to Paradise, Celtic were playing Benfica, it was my first Celtic game, less than 4 months after Neil Armstrong set foot on the Moon and uttered the immortal words, ‘One small step for man’, it was a moment in time virtually incomparable, yet just 30 months earlier Celtic had probably taken ‘one giant leap for mankind’ winning the European Cup in Lisbon, the first British team, first Northern European team, the first non Latin team, the first and only Scottish team, the team all lived within 30 miles of Paradise. Celtic, my team, the team that is steeped in Irish roots & history.

It really was a leap of faith, a step that no English team had taken, in fact no Dutch, German or French teams had, it really was a ‘giant step’ for football! The world was changing, the VC were putting it up to the US from the tunnels in South Vietnam, the Bogside in Derry had put it up to the sectarian statelet and the RUC.

The Beatles were crossing Abbey Road, Georgie Best was a genius in turning defenders and bedding Miss World’s. Joe Cocker and Jimi Hendrix appeared at Woodstock. Biafra was starving during civil war. The PLO would soon be blowing up planes in Jordan. Ghadaffi took power that would last for 40 years .

Monty Python would make us laugh and I was 15 and taking my first flight, my first game, my first experience of something that would become part of my life for the past 50 years. It’s as vivid as yesterday, I was just in the stadium when big Tam Gemmell busted the net with a trademark 30 yarder. Willie Wallace scored the second and then to seal it off, Oh Harry, Harry’, Hood pounced with a deft header at the Celtic End.

I was almost overcome with emotion, the stadium was enveloped in a hysterical tsunami of passionate embrace for a team that had conquered Europe and Celtic took another giant step towards a second European Cup final.

I’ve lived a lot of life in 50 years, but I’ll never forget that night just a few months after Neil Armstrong took his ‘small step for man’ and Celtic took a ‘giant leap’ to become European royalty.

Paddy McMenamin was born in Belfast to Donegal and Tyrone parents. He spent the 1970’s in Long Kesh. He has been going to Paradise since the Benfica game in Nov. 1969. He lived in Donegal for 30 years but now lives in Galway. He returned to University at 50 and became a secondary school teacher teaching History and English.