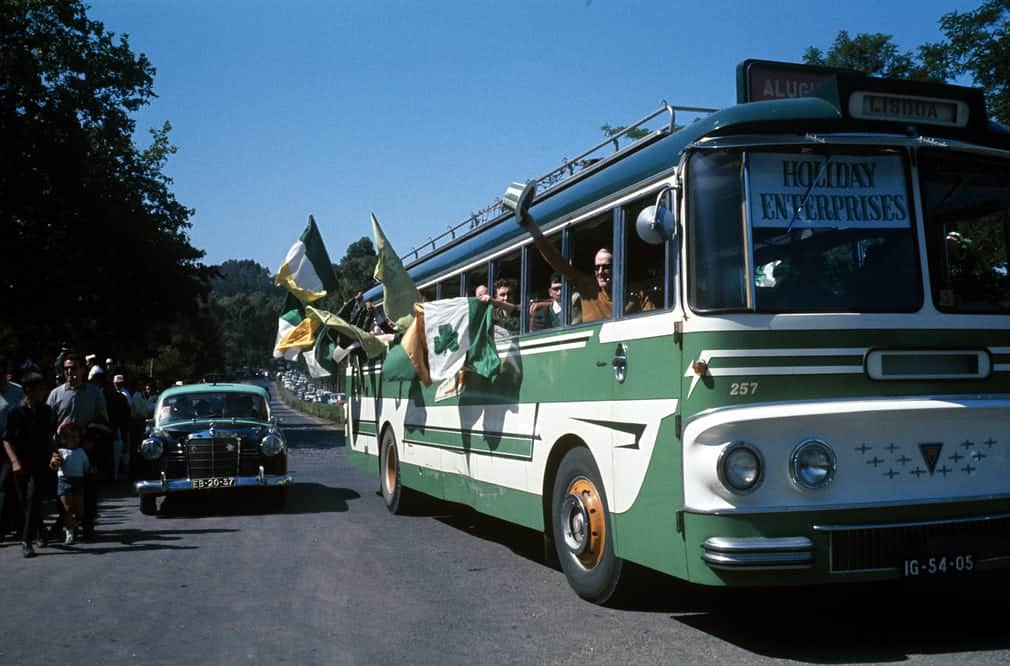 Normally this time of the year all Celtic fans would be gearing up for the new season and looking forward to getting to Celtic Park for Flag Day. New Jersey or Polo Top to show off and a few quid in the pocket for a few pints, a half time Pie and some banter with your mates and a chance to see a new player or two (wishful thinking)

Other clubs talk about the opening day of the season but for us it has been Flag Day such has our domestic dominance been as we enter the season we go to make history and aim for our 10th title in a row.

We moaned and gave out stick about the price of season books but in the end if we could afford it we paid it without knowing when we will be allowed return to Celtic Park. I do feel sorry for any Celtic fan who could not afford to renew their season ticket under the current circumstances due to Covid 19 although to be honest I do not know of anyone who has not renewed their season book, everyone I have spoken to has renewed. No Celtic fan wants to be locked out when and if we get back in to see Celtic attempting to make history.

Celtic have announced that all season books are know sold out, in fact they quoted that sales have hit record numbers and that there are only limited corporate hospitality tickets left for the season ahead. For now all we have is a virtual season ticket to cling to in these uncertain times. My experience so far has been positive apart from the quality of the music pre-match.

I know some fans had problems watching the games but on Sunday and Monday I was able to log on to the virtual viewing platform without any problems and watch both friendly games played out in front of empty stands with background fan noise. Sunday the first team regulars were out and then on Monday it was the second string and the return of the Prodigal son Griff.

When the final whistle sounded and the score line was 3-1 who and what were we all talking about? I had no interest in if Paddy should have left Griff’s goal to go in or was he right to tap it in or even what would Griff have done!

I was interested in chatting to my mates about Luca Connell and hearing their thoughts, yes I know I am always interested in the players who are eligible to play for Ireland but on this occasion it was how the second half substitute strolled through the game from his arrival on the pitch, his positioning, his passing and his link up play from back to front.

He has a tough ask ahead of him to get into the starting 11 this season with Brown, McGregor and Ntcham ahead of him but I can’t wait to see more of him or maybe I’m getting a little over excited but what a player to spring off the bench especially when the  opposition legs are tired.

I wait in hope to see if he makes the bench this weekend. So no red eye flight to Glasgow, no supporters bus or half time pie but I will get a some pre and post match pints with the St. Margaret’s Bhoys. Roll on Sunday.

Andrew Milne started More than 90 Minutes in 2001. He has written for numerous publications and online about Celtic.  He is a former newspaper columnist with the Daily Ireland and the man behind celticfanzine.com. He is host of the Celtic Soul Podcast & Celtic AM pre-match events at Malone’s in Glasgow on match days and follows Celtic Home & Away. He is a season ticket holder for Celtic FC and the Republic of Ireland. He is also P.R.O. of St. Margaret’s CSC, a member of the Celtic Trust and the Celtic Graves Association