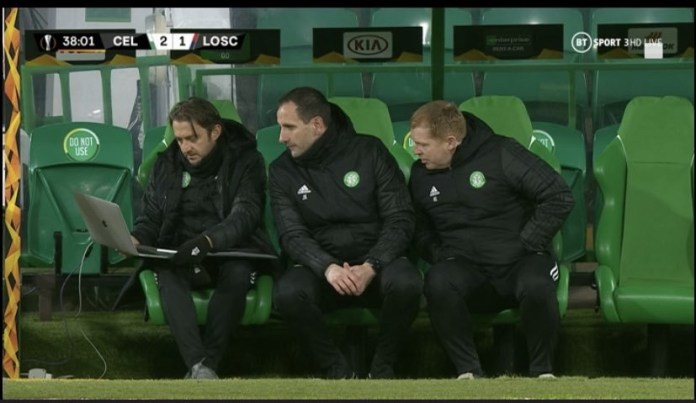 The news filtered through last night that Neil Lennon was about to leave Celtic as manager just as Celtic fans were sitting down to watch a documentary about the club on TV. A nice way to finish an evening after the announcement of the lockdown extension till after Easter which will add to the mental strain that so many people are struggling with.

Once again the news was leaked to the tabloids first, with Chris Sutton taking to twitter as the Sun and the Record broke the story. The club’s media department has been very quiet since the Autumn only breaking their silence to wish players a Happy Birthday while the Celtic View and the clubs official Podcast have been put in cold storage until some good news stories surface.

The search for a new manager may take some time to be confirmed in the tabloids but I’m sure they will get the exclusive but in the the meantime they will have plenty of empty headlines to keep fans clicking into their websites and peeling open tomorrow’s chip wrappers. Maybe the next manager will be announced after the Euros or maybe after a game of golf with Dermot Desmond who will have the final say on whoever is named Lennon’s replacement as a plan is put in place to sell season books!

In the meantime fans favourite, John Kennedy and Gavin’s Laptop, will take interim charge of the team. Best of luck to Lenny for the future his time was up at Celtic a while back but he deserves Respect for what he achieved as a player, coach and manager and for the shit he put up with since he arrived in Glasgow.