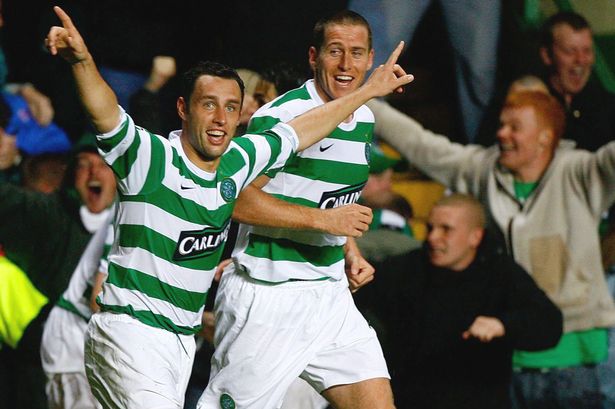 If the news and social media are making you want to crawl inside your own body and hide at the moment, some escapism might be on the cards. For that, look no further than Andrew Milne’s Celtic Soul Podcast, a relaxed, funny and interesting chat show where, alongside discussion with former players, topics such as current affairs and supporter projects are covered by fans involved in the arts and media.

I began listening to the podcast mid-way through lockdown as social distancing measures meant that I had to work alone. Being launched at the end of May, the Celtic Soul came at an ideal time for me, providing a welcome break from the monotony of one’s own thoughts throughout the working day.

As a keen student of Celtic history, I have researched much about the foundations and culture of the club. The drive to do that came as a result of my experiences supporting Celtic in modern times. Indeed, it’s fair to say that I enjoy history being made today as much as I enjoy seeing it written about yesteryear. Andrew captures that balance between history, current talking points and the identity associated with being a Celtic supporter, magnificently in this podcast.

Interviewing the likes of John Fallon, (Celtic’s original Holy Goalie from the 50s/60s/70s), Paul Byrne, Tommy Johnston, Bobby Petta, Alan Thompson and John Hartson, these former players give a unique insight into various bygone eras. Those conversations with Celtic stars are supplemented by discussions from the stands, as supporters from a range of backgrounds are invited to tell their story. From the man behind a CSC in Dortmund to a journalist and regular in the standing section, a Belfast Celt exiled in the States to the Sky Sports News Editor, an actor, a poet, fanzine writer, former professional footballer in England and the Kano Foundation – the show has it all!

A smooth, easy listen, which combines laughter with unique stories and insights, each of the 11 episodes to date have been excellent. However, it was episode 10 with Scott McDonald, which made me feel compelled to write this review.

As a 24-year-old, I’m able to remember Scott breaking my heart just before my ninth birthday. Scott scored the goal that would lead to the day forever being termed ‘Black Sunday’, at least in Celtic circles. In doing so, he ruined my only footballing heroes’ season and spoilt my trip up to the Cup Final a week later as the game ended up a damp squib after the disappointment of blowing the league. Nevertheless, I have nothing but good will towards Scott and can appreciate that he was a professional doing his job.

When I think of Celtic, the first thing that springs to mind is European nights. The Road to Seville was special for me growing up, but thereafter I enjoyed several evenings watching AC Milan, Benfica and Manchester United get toppled in Paradise. Scott McDonald was a big part of those wins and it goes without saying that I was interested to hear what he had to say about his time at the club, especially as I was aware that he was a boyhood Celt, despite being born in Australia. That said, the podcast was more enjoyable and honest than I could ever have imagined.

I found it fascinating to hear Scott talk about his Scottish background and how the family were split between Celtic and Rangers. It was interesting to hear the personal stories of things like his Granddad bringing a Broxi Bear teddy back from Glasgow to try and sway him away from the right side, which he had followed thanks to his Castlemilk born Father. From there, Scott reveals his earliest Celtic memories, climbing a tree to get pictures of the team training at Barrowfield, just as Morten Weighorst struck a wayward shot in his direction!

Andrew then asks Scott about the early stages of his football career and allows Scott the time to talk listeners through the development of his sporting life in Australia, before revealing how he got his break to move into the professional game in Europe. It sounds like a chat between friends, a great relaxed setting, allowing Scott to open up and give information of genuine interest rather than a reserved, co-ordinated or crowd-playing response which so often accompanies these types of interviews with media trained sportsmen.

Continuing that friendly conversational theme, the discussion goes on to the current situation in Australian football, where Scott still plies his trade with Brisbane Roar. The beauty is that the podcast doesn’t follow a rigid chronology, walking through his life step by step. Instead, it’s more of a natural conversation, ebbing and flowing with stories and entertainment throughout, discussing Scott’s career at the beginning and present, before going back into the detail of his time at Celtic and beyond.

Gordon Strachan managed Scott at Southampton and released him, before signing him at Celtic and then Middlesbrough. Meanwhile, Tony Mowbray managed him in Glasgow and sold him down south before linking up with him again on Teeside. So there’s a natural jump back and forth in time through certain discussions and humorous stories to go with it.

McDonald talks about his arrival at Celtic Park and the confidence he got from gaining Tommy Burns’ approval in training. This was key in order to get a spot in the first team when Venegor of Hesselink, Miller and Zurawski were at the club. Things started well as Scott set up a goal in Moscow during the Champions League qualifiers, before scoring in the return leg. We are given a description of how each moment felt and how the opportunity to play in Europe arose so early thanks to Kenny Miller, who had scored a brace at Pittodrie on the opening day of the SPL campaign, not wanting to be cup tied in Europe as he looked set for a move to Italy!

There are fantastic stories about Artur Boruc “Enjoying his weekends,” and Tomas Gravesen “Walking off after round 15 on the bleep test,” or scoring a screamer in training and saying “That’s it now, I’m done, I go home.” These are contrasted with serious points about his level of confidence in the 2007/08 season, when McDonald scored 31 goals throughout the campaign, including a number against Rangers and AC Milan. McDonald talks about the dressing room at this time, Strachan’s demands of the team and he names Nakamura as the best player he’s ever played alongside.

As ever, all good things must come to an end. That ending at Celtic came for Scott when Tony Mowbray took charge. Not only were the team performing poorly, but Mowbray picked up on a lot of negative points in Scott’s eyes and felt that the manager didn’t rate him despite his previous exploits in a Celtic shirt. This conviction was compounded when Marc Antoine Fortune was signed and Celtic didn’t offer decent terms to the Australian striker, despite knowing what was on the table from Middlesbrough. Feeling that Celtic were happy to let him go, as proven by the club accepting a bid, and not enjoying his football under Mowbray, McDonald begrudgingly moved on; this despite the fact that he “Wanted to finish his career at Celtic.”

There’s a great insight to McDonald’s maturation in the game and how he had to adapt at Middlesbrough, where his side no longer dictated possession week in week out. Suddenly, Scott needed more mobility and fitness, which saw him take better care of his body and become a stone lighter than when he was in Glasgow. As earlier alluded, McDonald linked up with Mowbray again when the Englishman ironically took over from Strachan at the club, having been sacked by Celtic. Scott lived in the same street as Strachan and saw the news of his departure appear on Sky Sports News. He took a stroll to Gordon’s house, where Strachan told him that he was leaving as it wasn’t working out. The Scotsman then burst out laughing as he revealed that Tony Mowbray would be taking over, much to the disgust of McDonald, who bemoaned Strachan’s “Wicked sense of humour.”

That said, McDonald ended up living next door to Mowbray and the pair got on much better second time around. Scott explains the reasoning behind this and why the breakdown in their relationship may have occurred at Celtic.

The podcast is humourous, informative and enjoyable. It covers so much and reveals unknown, unexpected details at times, such as the story of how McDonald almost joined a League Of Ireland club in Andrew Milne’s native Drogheda back in 2003!

The episode is 100% worth a listen, along with the others. Quite simply, The Celtic Soul podcast is a breath of fresh air in terms of independent Celtic fan media, and long may it continue to entertain me in my socially distanced place of work!

Click into link below to scroll through all episodes of the Celtic Soul Podcast.

Hailing from an Irish background, Liam Kelly grew up in Bournemouth with the good fortune of watching Celtic during the Martin O’Neill era. Still living on the south coast, he now has a season ticket at Paradise and also travels to European away matches when possible.

At the age of 19, he published his first Celtic book – Our Stories & Our Songs: The Celtic Support, which focused exclusively on the Celtic faithful throughout the club’s history. Then, last year, he published his second book – Take Me To Your Paradise: A History Of Celtic-Related Incidents & Events, which has now sold out in Waterstones, Official Celtic FC stores and Calton Bookstore. It is, however, available on Amazon at the following link: www.amazon.co.uk/gp/product/1700120271/