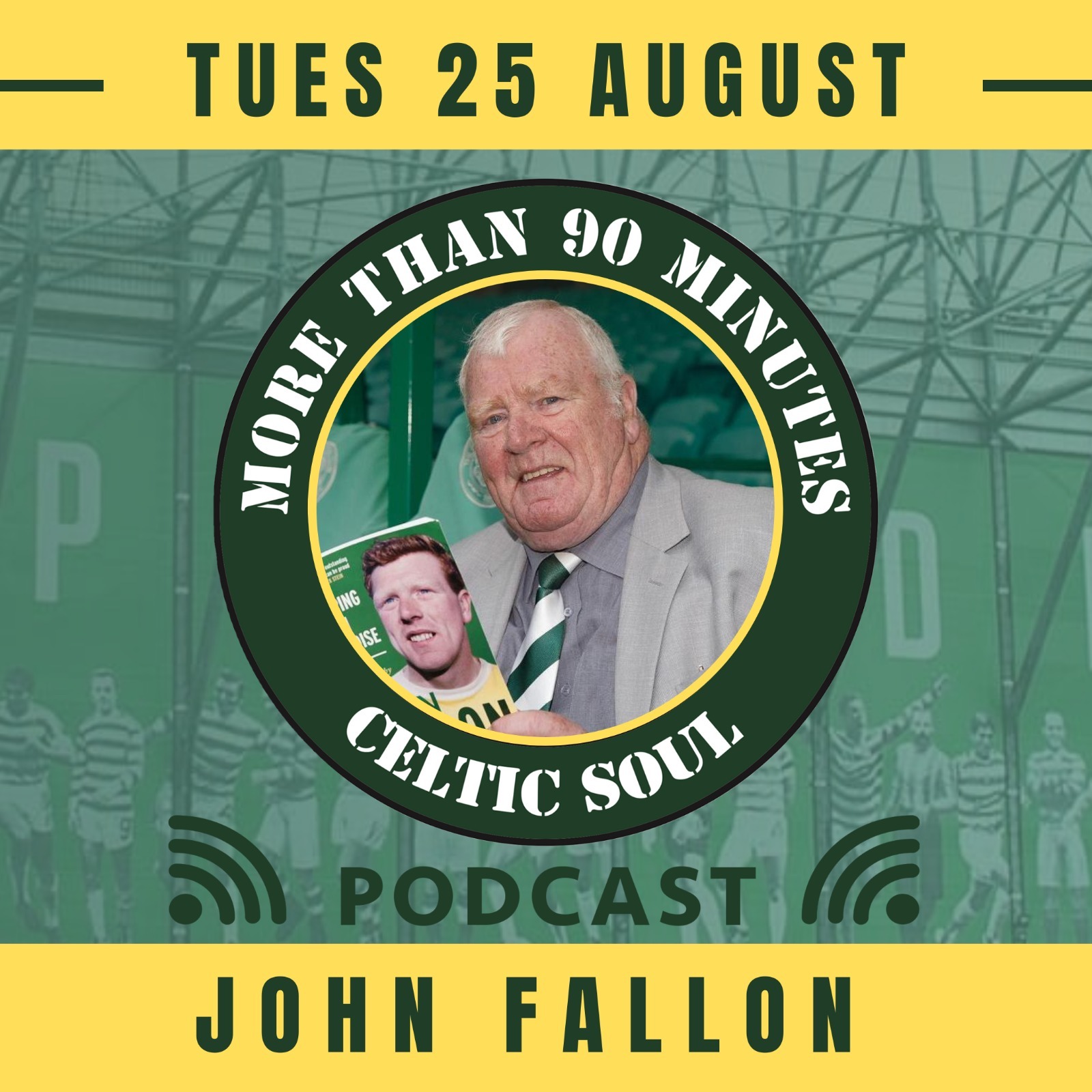 John Fallon takes us back to relive some of the highlights of his career in part two of our conversation with him for the Celtic Soul Podcast. We left part one with John chatting about his heartbreak of leaving Celtic and his strained relationship with Jock Stein.

Part two kicks off with John taking us back to playing in the World Club Championships in South America against Racing Club and how he loved the hostile atmosphere. He also mentions the reaction from Jock Stein and Bobby Murdoch in the dressing room after the final game.

John also recalls games in the San Siro and so many cup finals including beating Rangers and how proud he always was to play for Celtic. He chats about his disappointment not to play in the 1970 European Cup Final after playing on route to the final before losing his place to Evan Williams.

John had an amazing career and he is so honest when talking about his career and fondly remembers his debut in 1959, on the birthday of his wife, Essie. From standing on the terrace to playing with his heroes. John always wore a hooped jersey under his goalkeeper jersey and the pride he had every time he pulled on that jersey. Every time he pulled on the jersey it was for the fans because he was one of them.

He also spoke about being called up for both Scottish and Irish international squads and how disappointed he was when he wasn’t released to play for the Republic of Ireland.

Scottish Cup Finals are recollected including the 1969 final against Rangers and the presentation dinner after it in a hotel where the Euro hostel now stands. John was buzzing that night after keeping a clean sheet in the 4-0 hammering of Rangers and taking his lovely wife Essie out to celebrate.

Throughout the interview John mentions his wife Essie, who I have had the pleasure of meeting on many occasions. John recalls some lovely family memories including Essie giving a signed Man Utd top the boiled wash treatment to get the 1968 European winners autographs off it so one of John’s sons could wear it at PE in School and how two of his boys were taken to his house by the Police after they were found running around the street with the Scottish Cup.

John is now talking about doing a second edition of his book Keeping in Paradise which he co-wrote with Celtic historian and author David Potter and taking a book on a wee tour to do some questions and answers sessions with Celtic fans.

John Fallon is one of the most passionate Celtic supporters I have ever had the pleasure to interview and to call a friend and it was great to get a quick chat with his son Brian at the end of the Podcast and to hear how proud the Fallon family are of their father and grandfather.