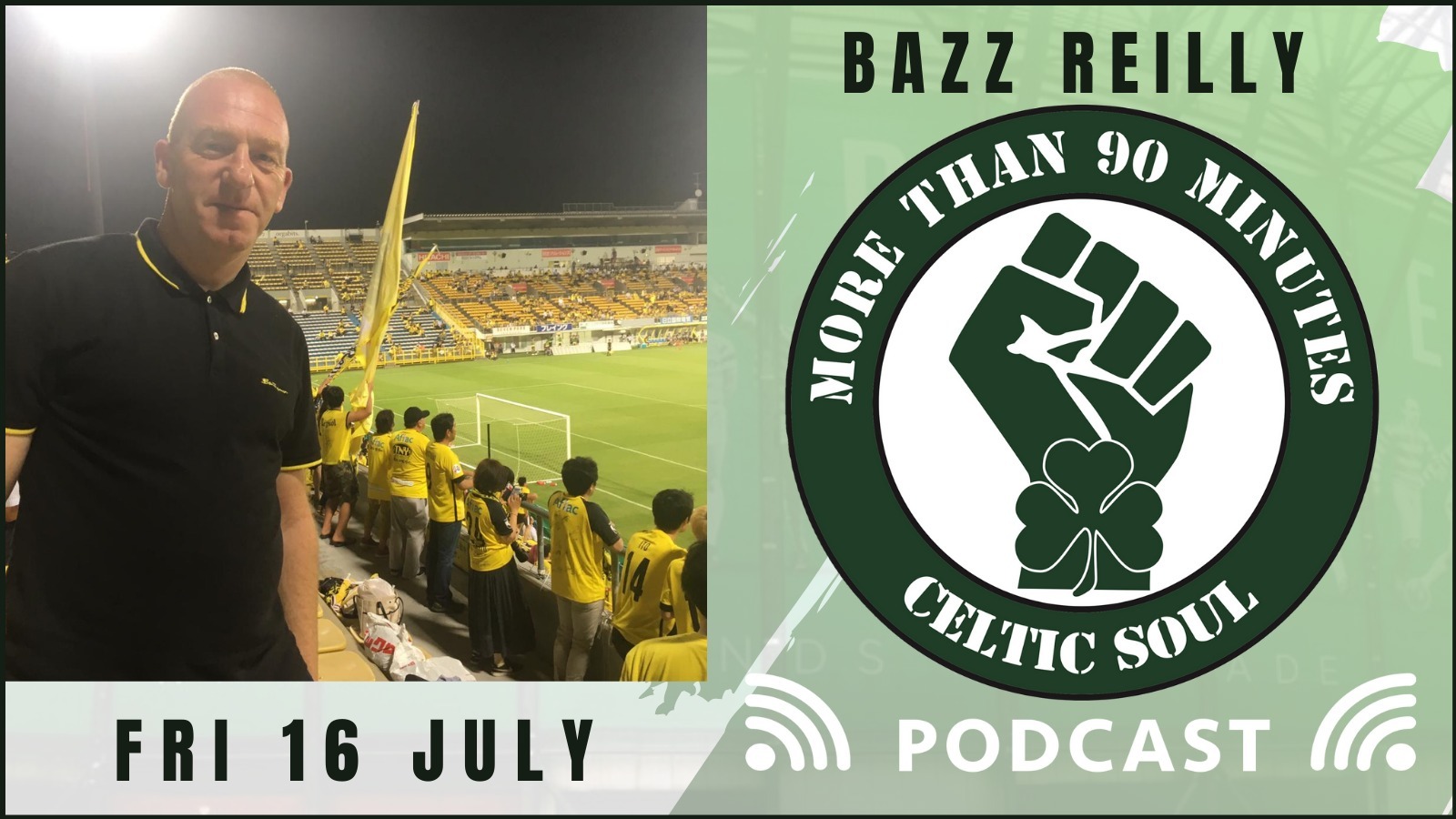 Celtic Soul Podcast Episode 84 with More than 90 Minutes, Editor Andrew Milne chatting with Bazz Reilly, QPR and Ireland Fan, his life has been dictated by a love of Football and Music, born in Drogheda he emigrated to London in his late teens to be closer to his team and a 7 nights a week gig scene before a trip to the World Cup in Japan and Korea changed the direction his life took.

In both London and Japan, Bazz encountered racism and now settled back in his hometown with Japanese wife and children it is them who are now suffering from Racism. Bazz’s story is that of an ordinary bloke who has been on amazing personal journey, embracing people and culture wherever he travelled while enjoying the party 24/7.