Celtic have their first home league game of the season today as we face Dundee. The match will have a decent crowd as 24500 are allowed in.

We go into the game having won our first game under Ange Postecoglou, Kyogo scored his first goal and Abada scored again and continues to impress. Expect Furuhashi and Abada to be part of the front 3 again. Brighton have reportedly finally made a bid for the off form Edouard, it was about time he sat on the bench against Janlonec given his lack of form so far.

I’ve seen a lot of Celtic fans say Jablonec were a poor team, however they finished 3rd behind the two Prague teams, in recent years Ajax, Dynamo Kyiv and Astana have all been held to a draw there. Attacking wise we were decent, and we were always in control. We learned nothing new about the defence, we need a few in and continue to be linked with right backs, the latest being Argentinian Fabricio Bustos.

Dundee went through their League Cup section winning every game and scoring a few goals, they opened their league campaign with a 2-2 at home to St Mirren. Former Hibs and Rangers striker Jason Cummings has scored a few goals already this season. Reports have surfaced that manager James McPake is in the running for the vacant MK Dons manager position.

Celtic B were also in action yesterday with an away game to Bo’ness in the Lowland League. The young hoops won 2-0  and have have started to put a bit of form together after their opening defeat at Bonnyrigg, a good home draw against one of the favourites for the League, East Kilbride, has been followed up with a 5-1 win away win at Stirling Uni. and then a 2-0 win at home to Berwick Rangers. Rocco Vata and Owen Moffat have looked good.

Celtic Women are also back in action in the League Cup against Partick Thistle at Petershill Park today. The women’s team surprisingly let Lisa Robertson go on loan to Birmingham City on Friday. They also lost star striker Sarah Ewens to Birmingham earlier in the summer. Fran Alonso has added some new faces including Irish teenager Tyler Toland from Man City and Cheyenne Shorts, the former Orlando Pride and St Etienne defender as we prepare for a first shot at the Champions League.

So plenty of Celtic action this weekend. 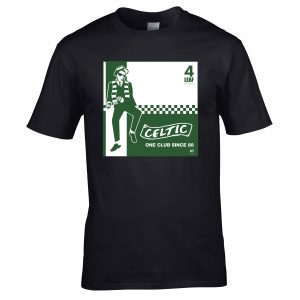