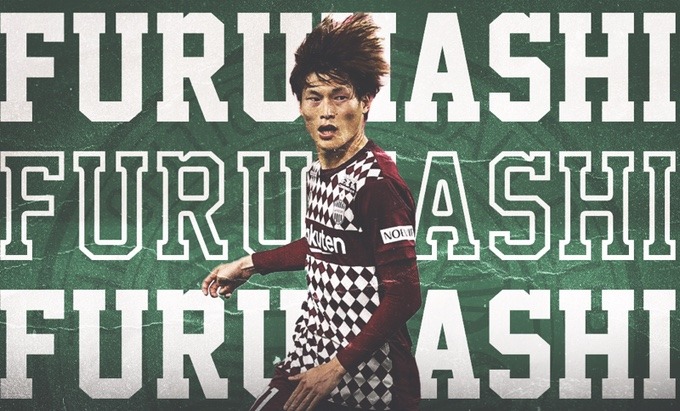 The 26-year-old forward joins join Celtic on a four-year deal. He is the current top scorer in the J1 League – the top division in Japan – with 14 goals in 20 games.

Celtic manager Ange Postecoglou said: “We are delighted to bring Kyogo Furuhashi to Celtic. He is a player of real quality and clearly someone I know well.

“I think he will add something special to our squad and I am sure the way he plays will excite our supporters. We look forward to welcoming him to Celtic.”

Kyogo Furuhashi has helped Vissel Kobe win the only two trophies in the club’s history so far – the Emperor’s Cup, when they beat Kashima Antlers 2-0 in the final on New Year’s Day 2020, and the subsequent Japanese Super Cup.

That match against the J1 league champions, Yokohama F Marinos, who were then managed by Ange Postecoglou, saw Kyogo Furuhashi score in the 3-3 draw, with Vissel Kobe winning the penalty shoot-out.

Kyogo Furuhashi, who made his international debut against Venezuela in November 2019, has scored three goals in six appearances for Japan.

Andrew Milne is Edittor of More than 90 Minutes Celtic Fanzine which he started in 2001. He has been involved with fanzines since 1989 and has written for numerous publications and online about Celtic.  He is a former newspaper columnist with the Daily Ireland and the man behind celticfanzine.com. He is host of the Celtic Soul Podcast, Talk form the Terrace Podcast, Grand Auld History Podcast & Celtic AM pre-match events in Glasgow on match days and follows Celtic Home & Away. He is a season ticket holder for Celtic FC and the Republic of Ireland. He is also P.R.O. of St. Margaret’s CSC, a member of the Celtic Trust and the Celtic Graves Association.