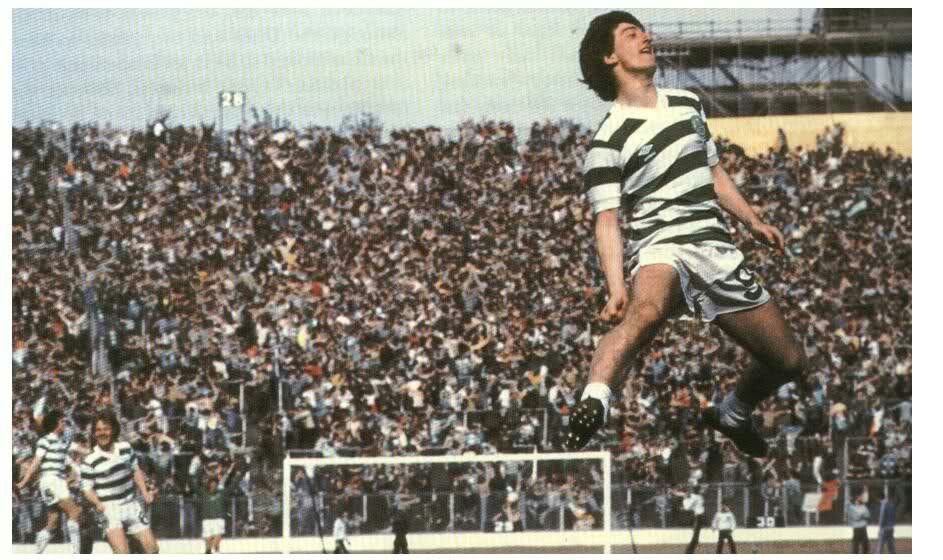 George McCluskey joined me on the Celtic Soul Podcast today. George has an amazing Celtic FC CV. George won six medals including four league titles. George is currently part of the Celtic Reserve Coaching Team, who have now returned to Barrowfield with the Stadium in the background. Players can now see Paradise and aspire to play there.

George was signed by Jock Stein and recalls how Jock and Sean Fallon got George’s parents to get him sign for Celtic. George thought at the time that he was heading down South to sign for Manchester United or Arsenal.

Billy McNeill would also be George’s gaffer as he recalls scoring 25 goals in the season and how Billy often played 3 upfront with George teaming up with Frank McGarvey and Charlie Nicholas. Throughout the interview George is naming famous team mates including Dixie Deans, Jimmy Johnstone, Danny McGrain,

George came off the bench for his debut in the ECWC which he has very little memory of but he remembers his full debut alongside Kenny Dalglish, in his words the greatest player he ever played with.

Soon after he suffered 18 frustrating months on the side lines through injury but bounced back to pocket plenty of medals and memories including scoring the winner in the 1980 Scottish Cup Final, a riot followed and a booze ban which is still in place but George managed to get the match ball from Neilly Mochan in all the Madness and Mayhem.

Another game he recalls is when he helped 10 Men to win the League after another great Celtic man, Johnny Doyle was sent off. There was also some great nights in Europe against Real Madrid and Ajax and it was lovely to hear his Johan Cruyff story.

Away from Celtic he talks about the Graeme Souness kick when he was playing for Hibs and also the great time he had with his best friend in football, Tommy Burns at Celtic.

We also chatted about the current team under Neil Lennon and the need for every Celtic fan to get behind him and the team as everyone and their Granny wants to see Celtic lose the League.

Leaving for Leeds was a heart breaking experience for George so it was nice to get his side of the story before we wrapped up our chat.

To listen to my full conversation with George press play below.