Home / Celtic AM / Justice – Peter Hooton the Second Half

Justice – Peter Hooton the Second Half 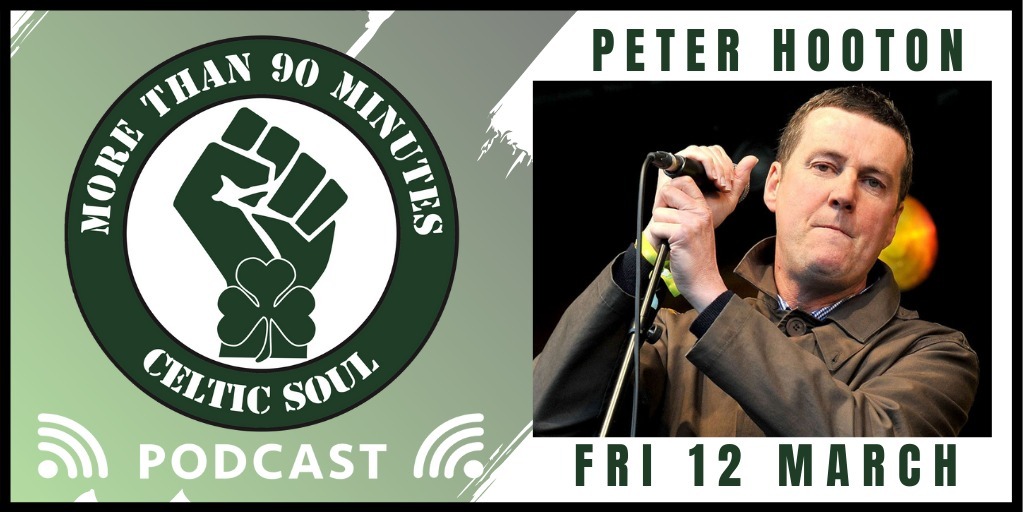 Peter Hooton, is a singer, songwriter and the front man of Liverpool band The Farm, he was a pioneer in what would become football fanzines when he started The End Fanzine back in the early eighties. He is a committee member of the Liverpool fans pressure group Spirit of Shankly and just to keep busy over the years he has written a couple of books and put out a documentary on the Casuals.

The second half of the conversation kicks off with Andrew and Peter chatting about the importance of supporters pressure groups such as the Celtic Trust and the Spirit of Shankly as we wait for European Super League and the influence of Billionaire owners. The Spirit of Shankly were inspired by the Green Brigade to support local foodbanks and Peter and the group have also been up to Celtic to check out the Standing Section in Celtic Park.

The second part of the chat floats between music, football and life and Peter explains how the sound the band created for the Spartacus album caught on and how football and music mixed to create the sound of The Farm and the image they created from terrace fashion and the influence it would have on the bands that followed them.

Peter chats about the friendly rivalry with the Happy Mondays and their hilarious Trip to Tipp, festival in Ireland and a session after the sound check and the shenanigans that followed before, during and after the gig.

Having followed Liverpool around England and Europe all his life, Peter stopped going into Anfield after Greame Souness gave an interview to The Sun on the anniversary of Hillsborough. Peter also touches on how some Liverpool fans were unhappy with Souness joining Rangers and are unhappy that Steven Gerard took the manager’s job at Ibrox.

Hillsborough is discussed and the Celtic v Liverpool game that followed and listeners can hear the pain in Peter’s voice as he remembers that day and what followed that traumatic experience.

Peter also turned out for Celtic alongside Jimmy Johnstone against Liverpool in a charity game before Ian Rush’s testimonial and he recalls how Jimmy wouldn’t pass the ball to him and Alan Hansen wouldn’t let him go by him but he did get to perform with The Farm at half time and he also speaks about returning to Glasgow to play on the Justice Tour with Mick Jones and Glasvegas. Gerry Conlon and Paddy Hill were at the gig that night and they know a thing or two about Justice!

Peter jumps in the Celtic Soul Podcast Time Machine and travels back to a Liverpool game in Europe v St. Etienne and into the Kop where he still stands to watch his team.

The story behind the song “All Together Now” is brought to life and Peter gives his opinion on the soldiers of World War 1 and the Poppy Fascism that has followed. Throughout the conversation Peter was open and honest.