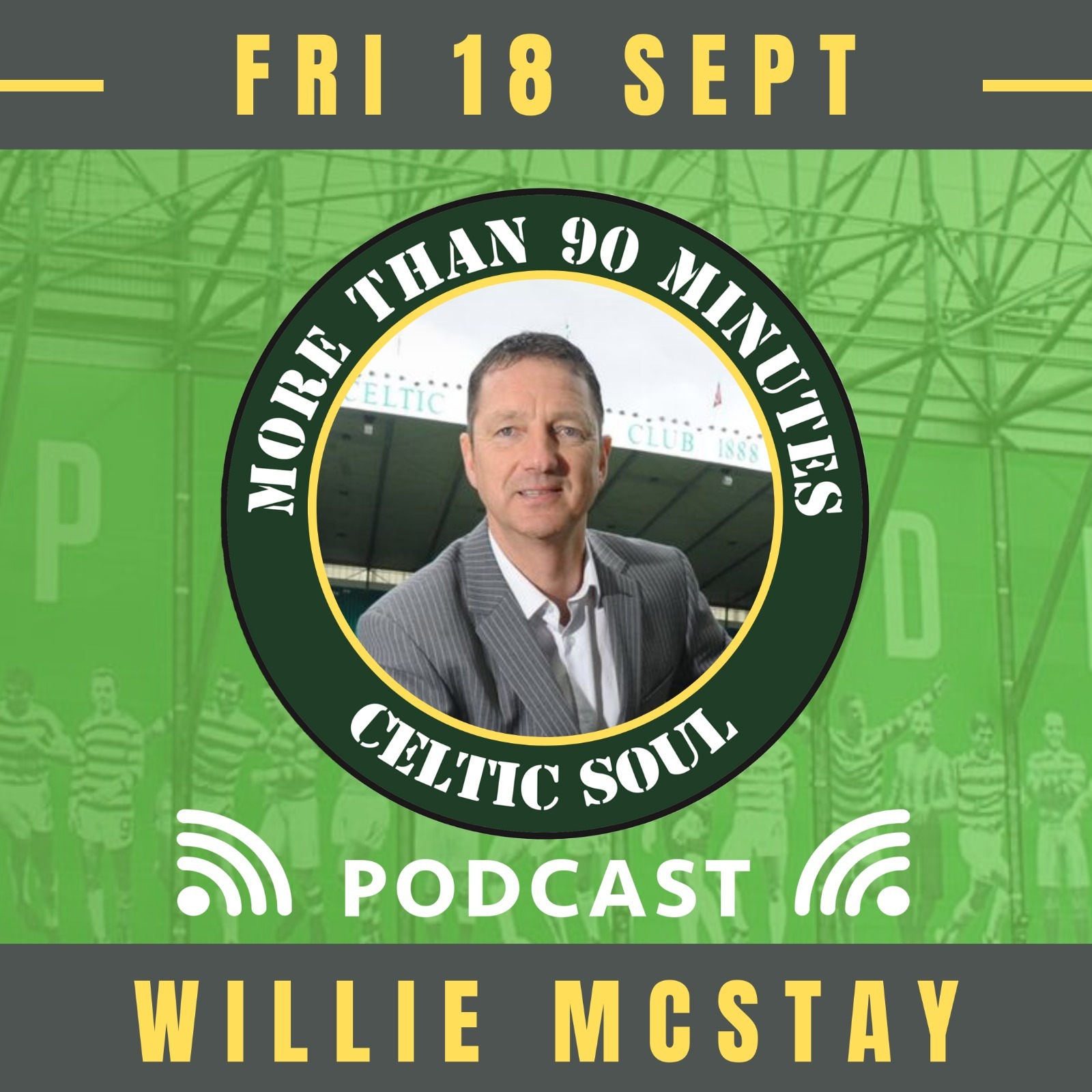 Willie McStay joined me on the Celtic Soul Podcast today to chat about life and all things Celtic. The conversation flowed as Willie talked about his playing career, the McStay Celtic connections, the current Celtic team and his time as a coach producing the next generation of Celtic players which continues today with his work in the scouting and recruitment department at Celtic.

Shane Duffy has impressed him since he arrived on and off the pitch and he describes this season as a special one for the Derry man to arrive. Another player from the current crop he spoke about was Scott Brown who may not have come through the Celtic Youth System but Willie worked with him during his time with the Scottish underage squads.

Willie’s expert knowledge on Youth development and scouting for the Celtic academy is second to none. It was great to hear how the system works from 8 years old players and how they move through the age groups and onwards to the first team or if not Celtic that they have a great foundation to move on and have a successful career elsewhere.

He also shared stories of the youth players who became household names and played at the top level with Celtic including 21 players who played in the Champions League. He also fondly remembers David Marshall coming off the bench in Barcelona and tells a tale about a night out with all the players in Glasgow and how he burst Charlie Mulgrew’s bubble after Charlie had asked him to name his best 11 he had coached by naming Charlie on the bench much to the rest of the bhoys delight.

Click link below to listen to the full interview and don’t forget to tune in again on Tuesday for the second part of the interview.