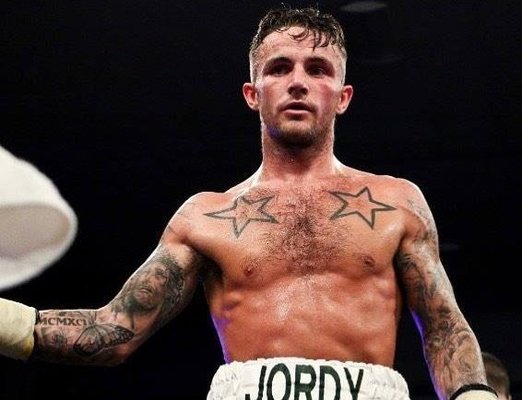 With Professional Boxing making a return behind closed doors we rewind to our conversation with Celtic Fan and Champion Boxer, Jordy McCorry

Fresh from competing for a European title against current champion Archie Sharp earlier this month, Cambuslang’s Jordy McCorry told us of his love for Celtic.

The two weight Scottish champion, McCorry, has been involved in some high profile fights in the past six months. First up he travelled to Leicester to face British champion Sam Bowen in his back yard. He then made the trip south again, to London, to face Sharp. Despite coming up short on both occasions, he earned praise for his fighting style from fans and the boxing world alike, with both fights airing on BT Sports.

Depsite being involved in some big fights, McCorry was a promising football player before taking up the gloves. He played for Motherwell Pro Youth. I asked him if he regrets giving up football?

“No not at all mate,” McCorry said. “I love football but you just don’t get the same buzz as winning a football game compared to winning a boxing fight.”

With headlining a show in Leicester not long after Brendan Rodgers left Celtic, McCorry made headlines with his take on the former managers departure when he called Rodgers a snake during the pre fight press conference.

“I just said at that press conference what every other Celtic fan was thinking at the time,” he explains. “You don’t leave half way during a season when there’s a chance to make history and could have done the treble treble. F**k him it is what it is.”

Did this lead to some animosity from the Leicester crowd during the fight?

“I never really hear that much but got told by everybody who was at the fight supporting me there was a bit of negativity towards me and them.”

So what does Celtic mean to McCorry?

“Celtic is a way of life. Supported them from as young as I can remember and will until my death bed.” McCorry said.

McCorry reckons his first game was around the age of four or five.

“I can’t remember my first game but I can still remember going to the games with my dad and sister when they were building the new bit of the stadium I must have been about easy four or five.” McCorry told me.

Growing up during the Martin O’Neill era it’s not unexpected to find who McCorry’s favourite player was.

“Easy mate, nobody comes close to the King of King’s. An absolute hero of a man, I love him.” He said. “The guy was unbelievable! For that last fight, when I’m doing a long run I like to watch the iPad and was watching the Road to Seville. He was unreal man, what a team that was! Me and my two mates Ross and Paul went to the meet and greet with Henrik Larsson. It was unreal to cuddle the King, class.”

Looking back over his Celtic memories, which one stands out more than others.

“There’s too many (memories) for sure.” McCorry explains. “One that stands out though was going to Seville. I was 12 years old, amazing. Celtic fans took over that place, we couldn’t get a taxi, so we got a horse and cart to the game haha, class. Henrik’s first goal in Seville unreal, what a man.

“Another good day for me was when we done the double treble I was there with Josh, my brother, my cousin Scott, Danny Maguire, wee Richie Ward, Cammy Dillon, big Fra. All class guys, what a day man but really to be there with my brother seeing Celtic create history, memories for life, amazing.”

Having made a bit of a name with two televised high profile fights, McCorry tells us he is back in action in October with a yet to be named opponent.

“Yeah mate two good fights that definitely put my name out there now! I’m back out fighting October again. Just see what happens, you never know with boxing.”

Thanks to Jordy for taking the time out to talk to us we would would like to wish him all the best in his upcoming fight.