Home / News / How Billy McNeill kicked off the Celtic Revolution

How Billy McNeill kicked off the Celtic Revolution 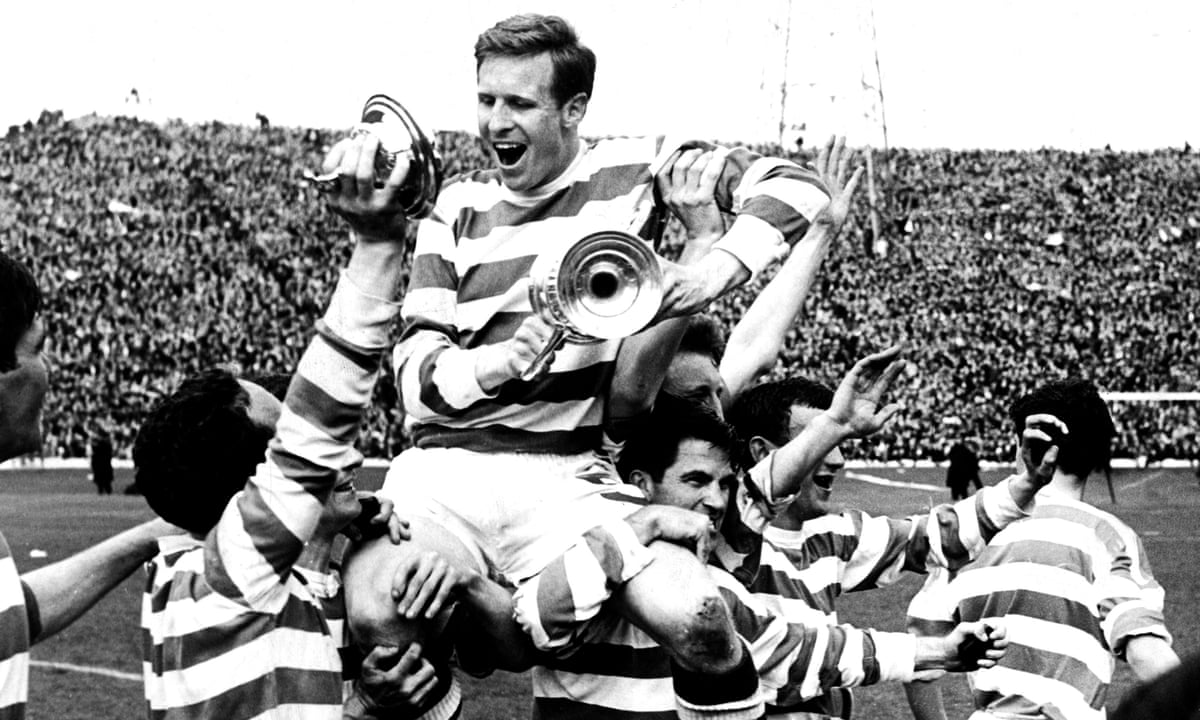 A footballing revolution began on April 24 1965, and it all began with Billy McNeill. Up to that point, opinion had differed about Billy. There were those who saw a world class centre half, invincible in the air albeit a little more vulnerable on the ground, in an ordinary Celtic team.

Others thought that he was, like everyone else in that team, affected by the Celtic death wish, and that he was possibly on the way out. He was a good enough captain, but he had been at centre half on the days of infamy – the 4-0 defeat at Rangers on New Year’s Day 1963, the horrific Scottish Cup final of that same year, that awful start to the 1963/4 when he was short with a pass back and Jim Forrest nipped in to score. He had also been Scotland’s centre half in the 9-3 game at Wembley in 1961, although he had redeemed himself when they beat England in 1962.

An intelligent young man with a lovely wife and children, he must have wondered. Celtic, the ordinary team with the big support, were going nowhere. The “death wish” has been mentioned. Five times in season 1963/64, Celtic started off well against Rangers, five times they got an unlucky break, five times they succumbed to what seemed to be the inevitable, the pre-ordained, the normal order of it all.

In midwinter 1964/65 when Celtic were on their knees, so too was Billy, not long recovered from a serious injury. Jimmy Johnstone got sent off at Ibrox on New Year’s Day, but Celtic fought back and would have earned a deserved draw, but Bobby Murdoch blasted a penalty kick over the bar. Billy was rocked by all that, One particular game at Tannadice on January 9 springs to mind as a talented Dane called Finn Dossing got the better of him. A 3-3 draw at Cappielow two weeks later saw him far from this best, and it was about this time that Billy was thinking of departure. Tottenham Hotspur, apparently, were interested.

But rumours abounded about Jock Stein. How far Billy, as captain, was privy to what was going on, we do not know, but first Bertie Auld returned in mid-January, then the news broke on January 31 that Stein was coming back!

The corner had been turned, but it would be a mistake to say that form suddenly improved. The main thing was that Cup games were won – but there were a few shockers yet. A horrible game when St Johnstone recorded a rare win at Celtic Park, dreadful defending in a 3-3 draw at Dens Park, and even the first game of the semi-final against Motherwell saw Billy lose out to Joe McBride until Bertie Auld organized the rescue.

But the replay was won with a degree of skill, and Billy and Jock, pupil and teacher of old, had struck up a great relationship. The Scottish Cup final against Dunfermline approached. Had we lost that one, things would have still been moving in the right direction, perhaps, but no one in his wildest dreams could have envisaged what was fated to happen that day. “Fate” and “destiny” were perhaps involved, and those of us who used to read the fictional and romantic exploits of Roy Race of Melchester Rovers, saw it all happen in real life!

Nothing, no not even Lisbon, can beat that day of April 24 1965. Twice behind to a good Dunfermline side, twice fighting back and scoring through Bertie Auld, then that corner on the left at the stand side of the ground. Inch perfect from Charlie Gallagher and the golden head of Captain Courageous. Bedlam, confusion, ecstasy, nine minutes to hold out to reach a different type of Paradise! Referee Hugh Phillips blowing for full time, unashamed tears, strangers kissing everyone, the golden hair of the green and white figure collecting the Scottish Cup in the distance … and life was never the same again.

To my shame, I thought it might have been Tommy Gemmell who scored that goal (well, they both were of the same build, same colour of hair, I needed glasses and the top of the East Terracing was a long way away!) but my father kept shouting “Billy NcNeill! Billy McNeill! Billy McNeill!”

Don’t let anyone ever tell you that the last nine minutes of that game were full of “growing confidence” and “satisfaction of a job well done” “this team had now grown to manhood” or any dignified nonsense like that. Absolutely not! They were all about serious bladder and bowel problems, screeching for full time, “kick it up the park”, “haud the baw”, praying to God to end it all (the game, I mean, not my life) and trying not to think about the Pars (a talented and chivalrous team, incidentally) equalizing. But fortunately, Bertie Auld and Billy McNeill were more in command of the situation than we were, and they saw us home. It was indeed a football revolution, and how life changed!