Halcyon Days Hampden in the Sun 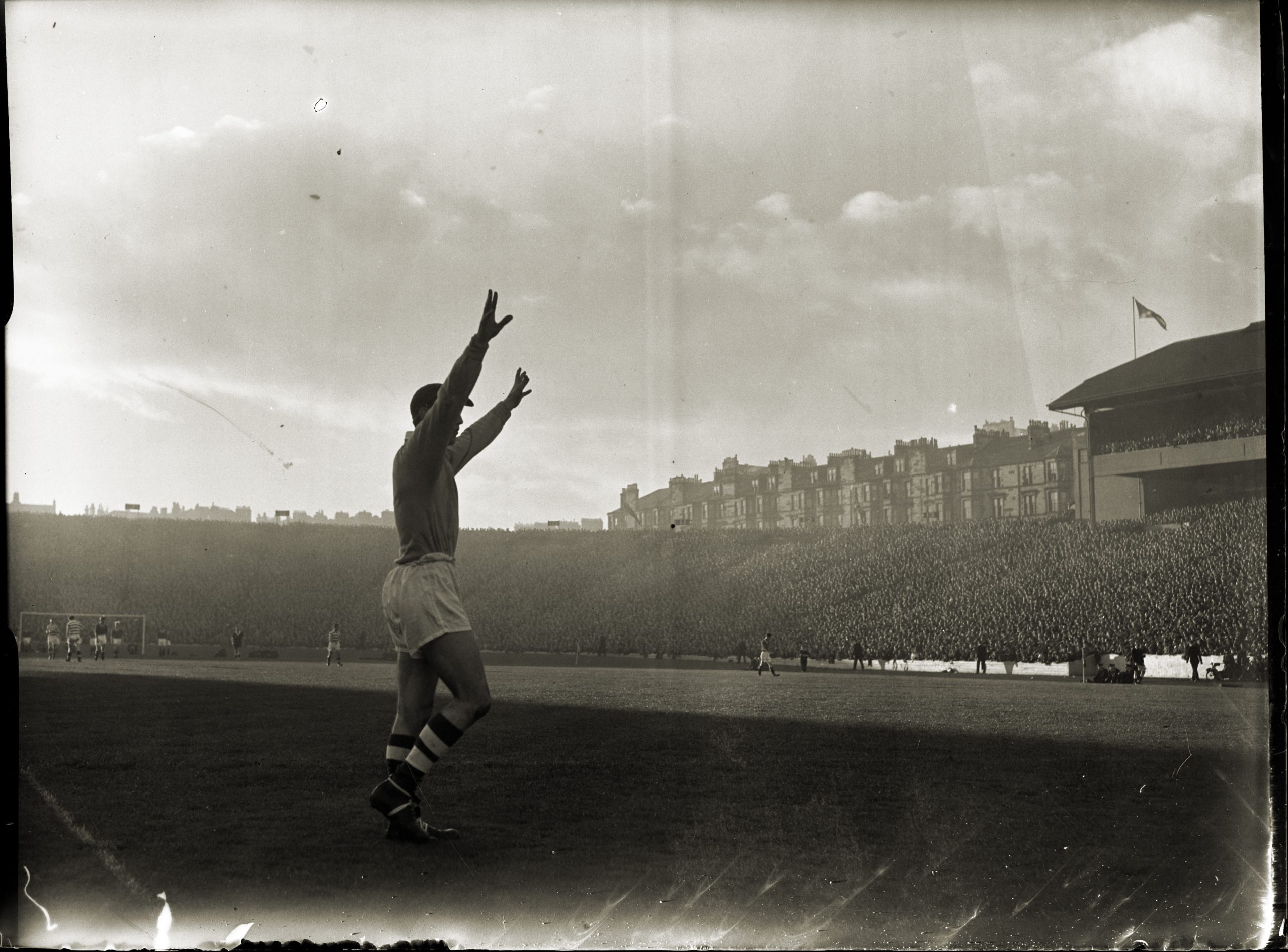 Celtic were the slight favourites for this game (they had already beaten Rangers in a League match) but no-one could ever have predicted what the score was going to be, nor the extent to which Celtic quite simply outplayed their rivals with a dazzling display of attacking football. It was one of the very few days when the talented players in that Celtic team all played to their maximum potential. It is scarce an exaggeration that Rangers were lucky not to be on the receiving end of double figures.

It was a fine autumnal day but the crowd was possibly less than might have been expected thanks to a flu epidemic that was raging in central Scotland. Strange to relate, neither Celtic nor Rangers were at the top of the Scottish League, a position held by Hearts and one which would continue to be held by the Tynecastle men for the rest of the season.

Celtic started off playing towards their own supporters at the King’s Park end of the ground and the major surprise was that it took them 23 minutes to score, a head down from Billy McPhail to SAMMY WILSON who lashed home. By half-time they had scored again, this time a tremendous move on the left finished off by a great drive from NEIL MOCHAN. Thus the interval was spent with the Celtic end of the stadium in uproar and a few bottles flying from the other end.

Yet the euphoria was tempered by the thought that Rangers might yet fight back. They were surely not as bad as all that? Oh yes, they were. BILLY McPHAIL headed home a Bobby Collins cross, and then Rangers had their brief moment of glory when Billy Simpson headed one to give them some hope, but then Celtic simply took over, totally eliminating the Rangers midfield and with McPhail in particular running past the luckless John Valentine as if he did not exist.

McPHAIL scored the fourth in a goalmouth scramble and the sixth (running half the length of the pitch to do so) to give him his hat-trick, and MOCHAN scored the fifth with a rocket. By this time the game had ceased to be a contest with the Rangers players looking for the sanctuary of their dressing room and huge gaps appearing at the Mount Florida end.

And then just on the whistle referee Jack Mowat (ruthlessly fair as always) gave Celtic a penalty kick when they scarcely needed one and WILLIE FERNIE slotted home. A few minutes later, the grinning Bertie Peacock lifted the trophy. It was a day that no-one on either side was ever likely to forget, and the tragedy was that we did not see these performances oftener.

Some 15 minutes or so after the final whistle, a knock came to the door of the Celtic dressing room. Two gentlemen wished to give their congratulations. They were two of the very few survivors of the great Celtic team of 1908. One was Davie McLean, a utility forward who sadly could not command a regular place in the team because he was not quite good enough to displace Jimmy Quinn. (Who could?) But the other was Jimmy “Napoleon” McMenemy who some people consider to be an even better player than Patsy Gallacher – and that is saying something! Both McLean and McMenemy affirmed that the 1957 League Cup final was one of Celtic’s best ever performances. Coming from Napoleon, that counts for a great deal!

It was Celtic’s second Scottish League Cup triumph, and the score still remains a record for a major Cup final in the British Isles. It will be talked about for as long as anyone will talk about Scottish football. I had just celebrated my 9thbirthday, and my mother and father were of the opinion that I was just too young to go to that game. Sadly, as far as I know, all the players of both sides have now passed on – but please someone correct me on this if I am wrong! – and even the spectators will now be wearing pretty thin. This is a shame, so I would advise anyone who was there to write down his memoirs of that great day!

A few years ago, by sheer chance at a cricket match in Prestwick, I happened to meet Johnny Hubbard who played on the left wing for Rangers that day. He was charming and told me all about men like Struth, Symon, Young and Woodburn (some of whom he disliked) and also about the art of taking penalty kicks at which he excelled. But when I mentioned this game, he seemed quite happy to change the subject! He did however eventually admit that he hardly got a kick of the ball that day, and said that no-one of earth could live with Celtic on that form!