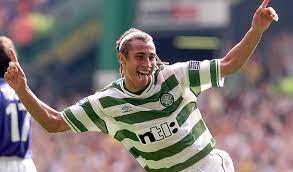 Celtic Football Club Historian and Author David Potter joins Andrew Milne to chat about Celtic’s Cult Heroes. David wrote the book by the same name and the bhoys discuss the players who make it into the book including Dan Doyle, Charlie Tully, John Hughes, Charlie Nicholas, Henrik Larsson and many more.