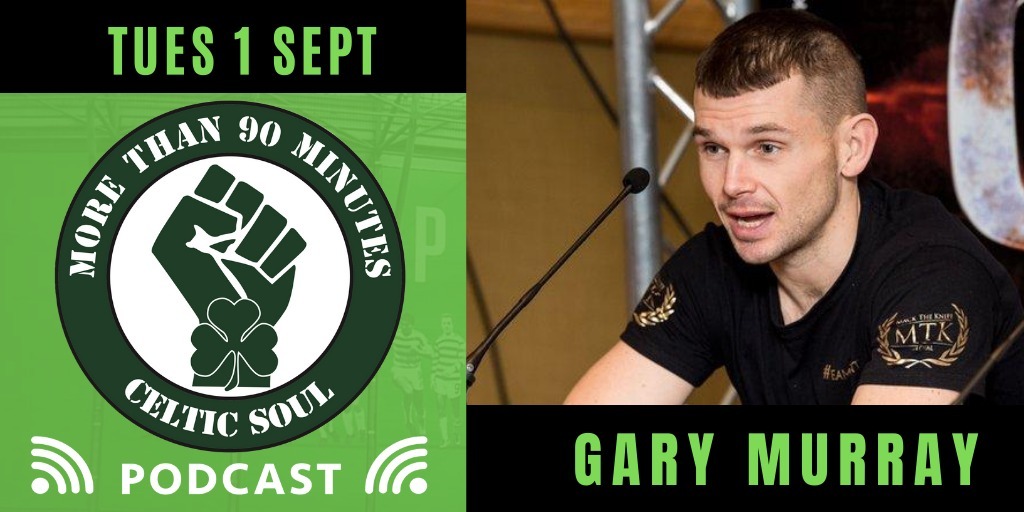 Gary Murray is former professional Boxer and a Celtic fan from Coatbridge who’s story is not of glitz, glamour and Las Vegas fight nights. His is a story of holding down two jobs and trying to make his way in the professional game after taking part in some unlicensed fights.

After an unbeaten run of 12 fights, Gary stepped up in class and into the ring to fight Commonwealth Gold Medal winner, Paddy Gallagher from Belfast for the Celtic Title. After a ding doing bout, Gary suffered a TKO late in the fight and suffered an injury to his brain. He then fought the biggest battle of his life when he fought for his life in a coma.

I first interviewed Gary at Celtic AM before that fight and it was also great to have him back on the show when he was fit enough to come into the show and he has continued to support our charity events. A true Champion in and out of the ring.

Gary loves the Celtic and chatted to me about recent goings on at Celtic and he also jokes about buying both himself and his Dad, Celtic strips with his first Holy Communion money. That first strip was worn at the 1995 Cup Final which is a happier memory than the 1994 League Cup final.

Gary takes us through his boxing journey until that near fatal night, waking up in hospital and his continued rehab.  He is so honest and it is an emotional journey with plenty of laughs and I’m sure tears, which just shows his incredible strength of character.

Listen the full interview by clicking into the Celtic Soul Podcast