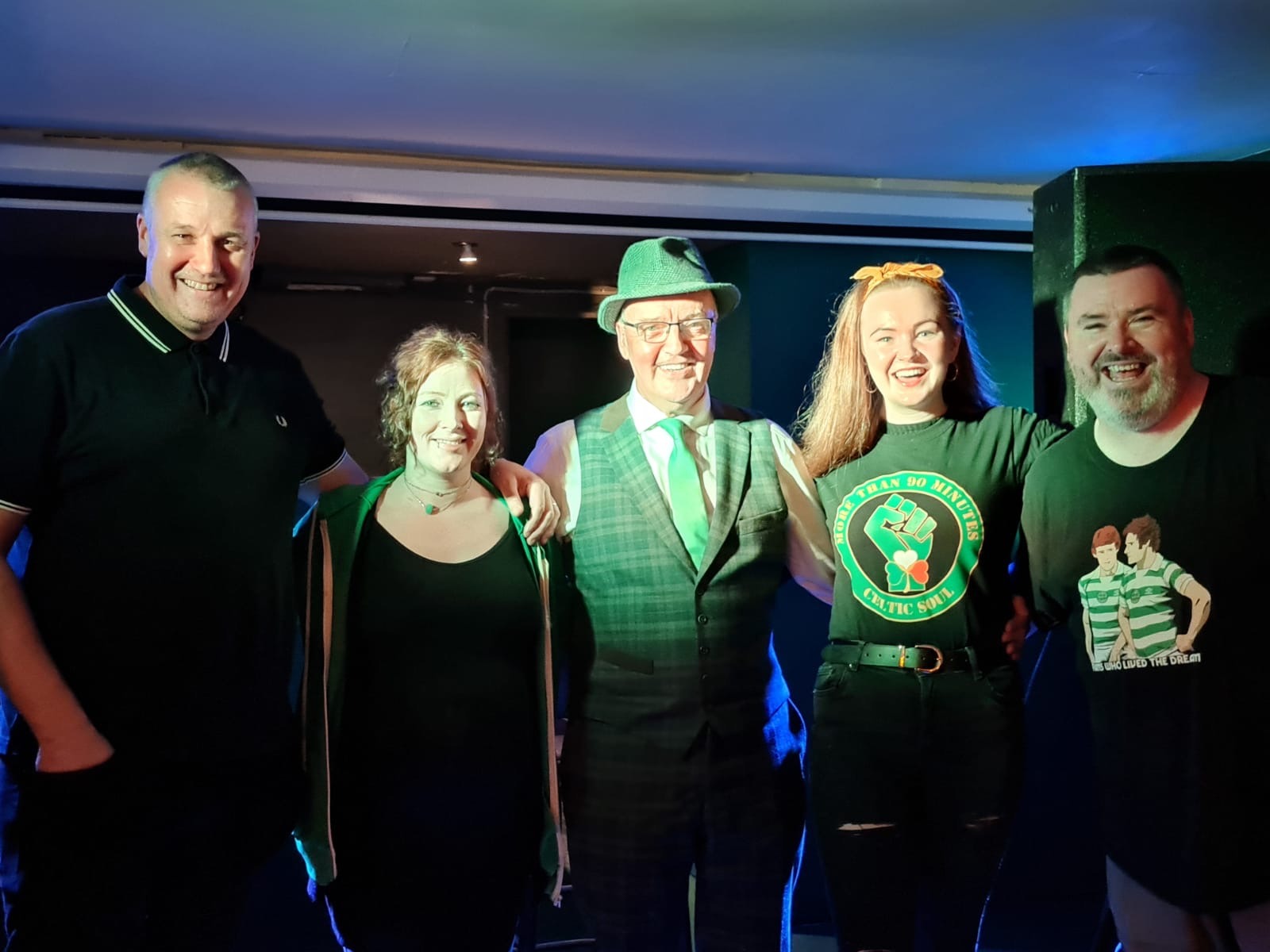 Tuesday was a strange day to kick off the return of our Celtic AM show but we would like to thank everybody who came along. It was great see a full house at Murphy’s Glasgow on a very wet lunchtime to listen to tributes and stories about Johnny Doyle on the 40th Anniversary of his death. 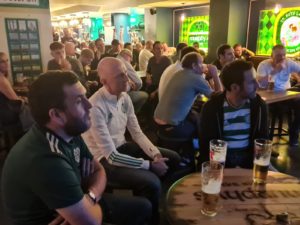 Frank McGarvey paid a fitting tribute to his former team mate and shared some stories from his time at Celtic while Johnny’s daughter Joanne was full of pride when she spoke about her Dad and his love for Celtic as a fan and as a player and the legacy he has left behind as the fan in the jersey who loved the Green.

Finally we have a book that tells the Celtic Daft, Johnny Doyle Story and author and editor of the Shamrock Fanzine. Paul McQuade was able to paint a visual picture for the audience of Johnny during his formative years, his love and passion for Celtic, his time at Ayr before joining Celtic and the research he carried out for the book after Erin Boyle performed a new poem about Johnny to kick off the show.

We are back in Murphy’s in the Merchant City on Saturday with another show, hopefully we can get another good crowd in to enjoy the Pre-Match show before Celtic take on St. Johnstone at 3pm. Doors 11, Kick Off 12, Final Whistle about 1:45 to allow plenty of time to get to Celtic Park to cheer on the Bhoys. 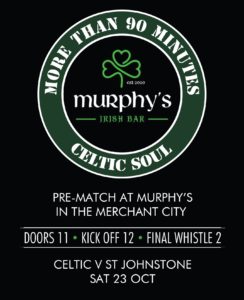