From Armed Struggle to Academic – A Celtic Fans Story 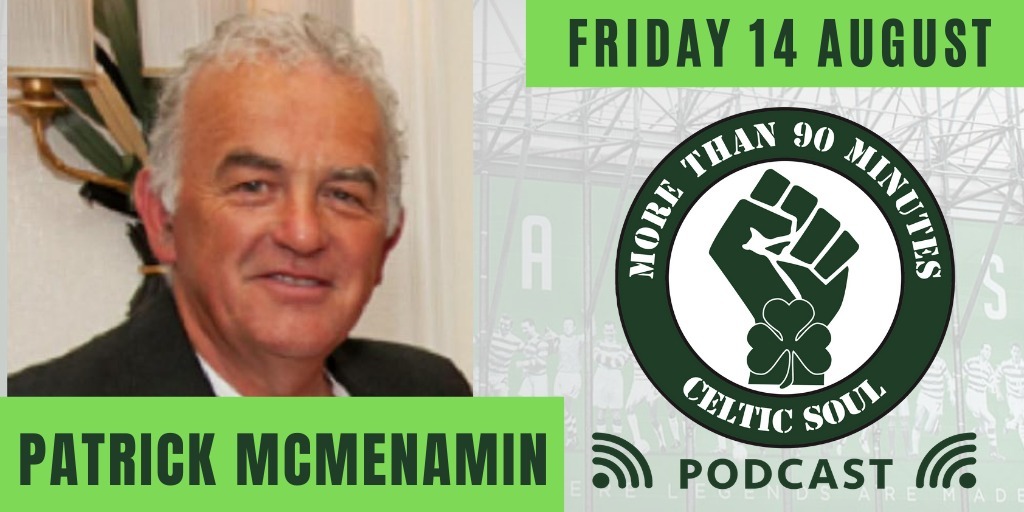 The Celtic Soul Podcast after a wee staycation break with More than 90 Minutes Editor, Andrew Milne chatting to Paddy McMenamin about Life, Football, Prison and of course Celtic in the first of a two part interview.

Paddy is a teacher, writer and a former IRA prisoner. Paddy’s is a story about Armed Struggle to becoming an Academic and falling in love with Celtic in all the mayhem and madness

Paddy was born in Belfast in 1953 in the loyalist area, Tigers Bay before moving to Turf Lodge. His mother was from Donegal and his Dad from Tyrone, they had moved to Belfast for work while many of his mother’s family migrated to Scotland.

The first part of the interview Paddy chats about the current situation at Celtic before he gives us an insight to what it was like growing up in Belfast as a child before the troubles, Watching Glentoran at the Oval with his childhood friends before seeing Celtic for the first time in Dublin against Shamrock Rovers.

As the troubles kicked off and he got involved in the Republican movement he recalls the early days of the conflict, getting away from Belfast to watch Celtic in Waterford and his first visit to Glasgow to see Celtic v Benfica which he remembers fondly and how he felt at home in Celtic Park.

Paddy would get more chances to see Celtic before being taken from his house and being interned after his release he would get back to Glasgow to see Celtic a number of times before serving a 6 year sentence and a forced exile from Celtic Park.

Paddy’s teenage years could have been that of any teenager back in the late 60’s and early 70’s, dropping out of school, getting a job, drinking, hanging out with mates and watching the football but this conversation is set with the backdrop of Belfast and the early years if the troubles.

Paddy remembers, his introduction to the IRA he recalls names of friends, comrades and the Celtic players who entertained him during those years.

In Part 2 out on Tuesday Paddy chats about his time in Long Kesh, his release, the Hunger Strikes, Moving to Donegal, Marriage, Family, Redundancy, Returning to Education, Becoming a teacher at 58, His Health, Writing a book, following Celtic and his Relationship with Hoops who his partner describes as his first Love.