FIRST AND FAVOURITE with KEVIN MILES 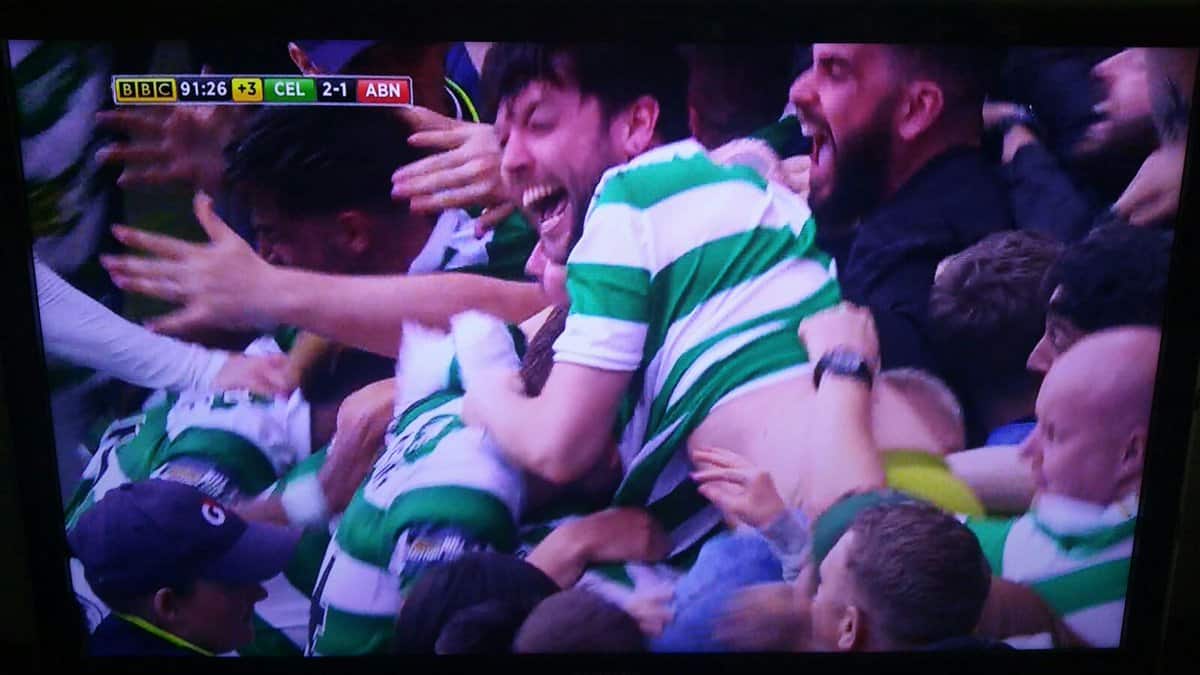 I’m not sure if it was my first game, or just my earliest memory, but in 1991 my Dad took me to Parkhead to watch Celtic Vs. Neuchatel Xamax.  A 1-0 victory on the night wasn’t enough to overcome a 5-1 first leg defeat! I don’t particularly remember the goal, but I do remember Charlie Nicholas missing a penalty not long after kick off.  In the car on the way home, my Dad was raging that we were out of Europe but I was probably too young to understand the significance of an aggregate result and was just buzzing that Celtic had won.

It was a difficult time to be a Celtic fan.  Most of the boys I played football with were Rangers supporters and used to give us all sorts of abuse for racking up consecutive 3rd, 4thand 5thplace finishes in the league.  As my brother got to an age where he could start coming to the games, they became more and more frequent, culminating in the purchase of our season tickets for 95/96 in our first season back at Celtic Park.

My favourite game until recent times was the day we stopped the 10.  We had an opportunity to seal the deal up at Dunfermline the week before and bottled it, so it all hinged on the last day of the season at home to St Johnstone.  I’m sure I don’t need to tell anyone what went down that day but the feeling of relief when Harald put the ball in the net was something I’ll never forget. When the final whistle went, I ran down to the front and used one of the wheelchairs as a springboard to get over the barrier and onto the pitch.  I was running around with my hands in the air as if I’d scored that goal myself.

I’ve had some incredible moments over the years, but that exact feeling was not emulated until the Scottish Cup Final 2017 when I temporarily took the form of my 14 year old self in the 93rdminute, vaulting 5 rows of Celtic fans as I made my way to the barrier to celebrate the invincible treble with the Celtic team.

Kevin Miles is a singer songwriter from Glasgow who wrote and recorded Celtic, My Heart My Soul. A regular at Celtic games with his Dad, Brother and Mates. He was front man with Metalcore band Yashin, which saw him play throughout Europe and the band were nominated for new band of the year by Kerrang magazine.