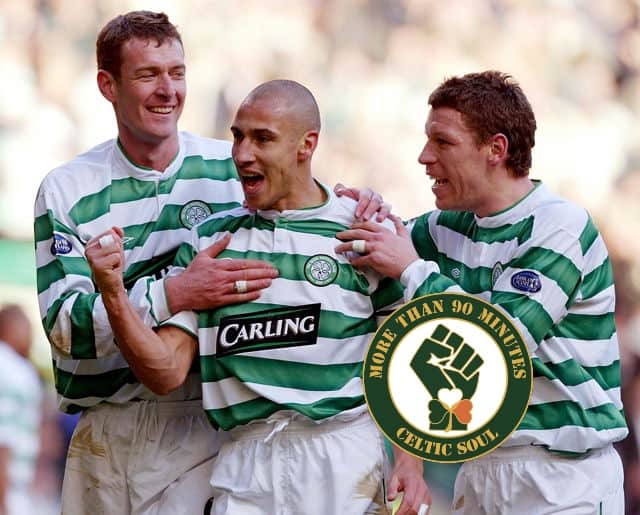 The most controversial pundit in Scottish football and former Celtic striking hero, Chris Sutton returns to Malones Glasgow next Thursday 23 January . Chris last appeared at the venue to a sold out show in September. The upcoming evening will once again be hosted by Andrew Milne (More than 90 Minutes & Celtic AM).

An Evening With Chris Sutton

Chris always calls a spade a spade and is not afraid to speak his mind. A brilliant servant at Celtic alongside his good friend Henrik Larsson where arguabley they formed one of the greatest striking partnerships in Celtic’s history.

On the night, Chris will be looking at Celtic’s performance up to date this season, reviewing the transfer policy and looking ahead to the remainder of the season as another of his former Celtic team mates, Neil Lennon leads the charge for 9IAR.

Chris will also look back at his time at Celtic before questions will be opened up to the audience.

The night kicks off at 7 p.m. and fans will get to chat to Chris, get a picture and enjoy a drink and some food before the show kicks off at 8 p.m. Chris is a very humble person with a dry sense of humour and his honesty always shines through which on occasions has divided the Celtic support and has certainly upset our rival neighbours across the city and beyond.

Chris Sutton was a central part of the side which Martin O’Neill built and joined the club in July 2000. He would go on to play a major part during his first season at the club, with Celtic winning there first Treble in 31 years.

During his 5 years at the club he scored some terrific goals with the highlights mainly being in Glasgow Derby fixtures as well as European games. The last time he was at Malones he fondly remembered the goal which he scored at Ibrox in the dying minutes of the game to whitewash Rangers during season 2003/04.

What he does regret from his time in Green and White Hoops is the side not performing as well away from home in European competitions. It would be fair to say that the team which he was an integral part of could have taken on any of Europe’s elite and given them a right good game.

He also told us with his friend and former teammate, Neil Lennon being in the hot seat at Celtic Park, he still thinks that Celtic will have enough to win the league this year but knows that they will face a challenge in doing so. On the night we will find out if he stills thinks Celtic will complete the 9IAR.

Tickets are still available priced from £20 and are available from Ticket Scotland click the link below to secure your ticket.