Home / Events / Charlie Tully & the Cheeky Corner not ONCE but TWICE

Charlie Tully & the Cheeky Corner not ONCE but TWICE 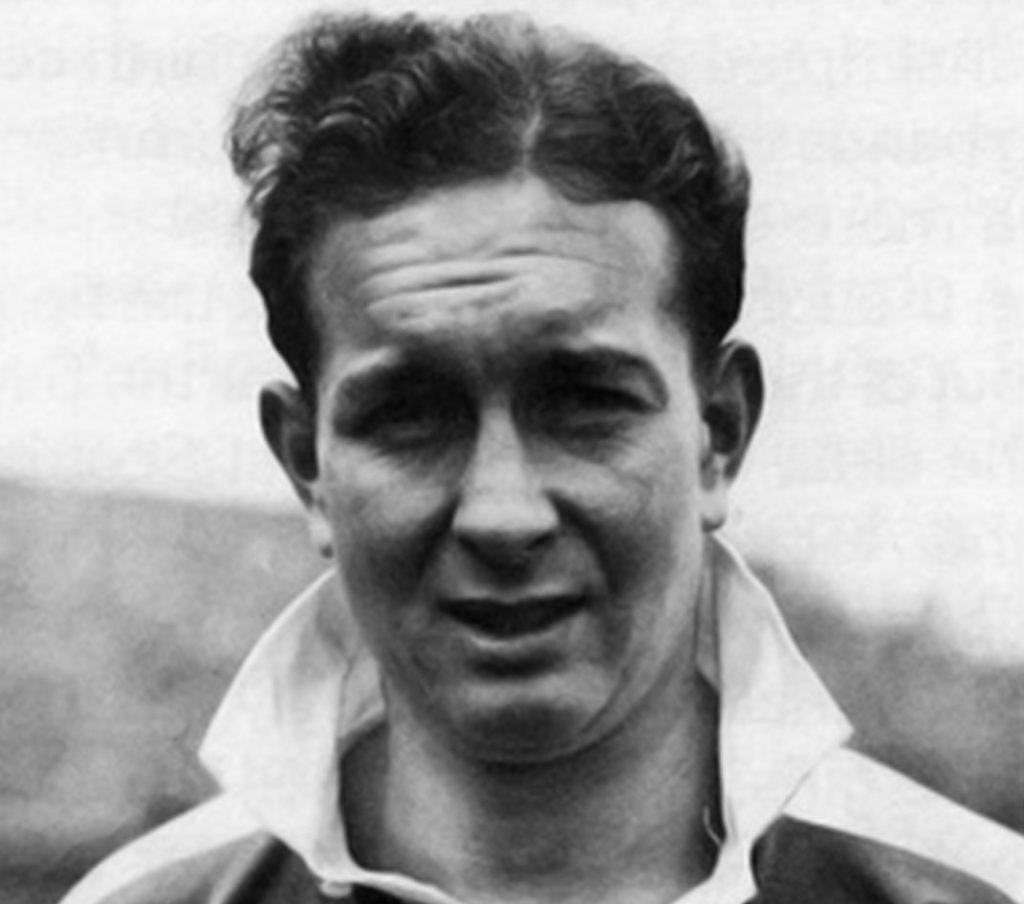 There are those who will swear that Charles Patrick Tully was the best player ever. Certainly there was a song at the time which likened him to the Lakes of Killarney. Neither Tully nor the Lakes could be bought by even the wealthiest of American millionaires.

“How Can You Buy All the Cups That We’ve Won?

How Can You Buy Old Ma Tully’s Son?

How Can You Purchase Our Son Of A Gun?

How Can You Buy Our Charlie?”

Tully was with us from 1948 to 1958. Stories about his deeds are still told regularly. Often, as is the case with human nature, bits are added to the truth. In this one however, there is no need of embellishment. The plain, unvarnished truth will suffice.

It was a Scottish Cup tie on February 21 1953. Those of us who remember Brockville in Falkirk will probably have a few unhappy memories of poor Celtic performances, bad behaviour (it was one of the grounds where Celtic supporters could more or less be relied upon to misbehave in the 1950s and early 1960s!) and gross overcrowding with access to the ground through narrow alleyways beside a railway line and other major obstacles. Never was the overcrowding worse than on this day with many crush barriers buckling under the weight of the crowd on several occasions, and the wonder was that no-one was actually crushed to death. Several spectators were injured, some seriously.

But the crushing, bad though it was, was not the man topic of conversation. It was Charles Patrick Tully. Celtic had gone in at the interval 2-0 down. Frankly, it had not been a great Celtic performance, and Falkirk were well worth their 2-0 lead. Ex-Celts had figured prominently for Falkirk. The much respected Jock Weir had scored their first goal, but Falkirk’s performance had been orchestrated by the immortal Jimmy Delaney, now not too far away from his 40th birthday and still with a great deal of football left in him. Celtic supporters still loved Jimmy Delaney, as was evidenced when they turned on their own full back Frank Meechan for a particularly vicious foul on the Clelland dazzler. “Shame on you, Meechan!” “Keep that one for Willie Waddell” were among some of the angry shouts directed at Meechan.

It did not look good for Celtic fans at half time, and as is the way with Celtic fans, they turned silent and introspective, even saying that a defeat here might be a good thing. It might bring in a few necessary changes in the Board Room and on the field. On the other hand, Celtic had a long tradition of fighting back, particularly in the Scottish Cup.

But then about 7 minutes into the second half, Celtic won a corner kick. Across trotted Tully to take it. In these days, linesmen were a little more officious than now (no-one bothers all that much if the ball is ever so slightly outside the arc nowadays) and Mr Tully and the linesman exchanged a few words. Tully took the corner kick, the ball drifted high in the air and floated gently into the net. He had scored directly from a corner kick – a rare phenomenon, so rare that some members of the crowd wondered whether it was legal. It was indeed legal – or in this case it would have been, if he had not been “flagged” by the linesman who was still not happy about where the ball had been placed. So it had to be a retake!

The Celtic fans were furious at being denied a foothold in the tie, especially with such a piece of brilliance. But Tully stayed calm, muttered a few words to members of the crowd behind him, then gave the ball to the linesman and asked him to place it for him! He then, very politely, asked a policeman to stand back a little and took the corner for the second time. The ball followed an identical course and drifted once again gently into the net. This time the linesman’s flag stayed down and he ran up the park giving a goal, Tully performed a peculiar little dance, the crowd went berserk with joy and a crush barrier collapsed under the strain.

This was inspirational stuff, and a few minutes later, Tully was again involved in the move which led to the equalising goal. He sent a high ball to John McGrory who gave the ball back to Willie Fernie to equalise the tie. A few minutes after that with the crowd now in an uproar, John McGrory headed a third goal and Celtic now had the tie well in hand. Falkirk’s goalkeeper was carried off after an accidental collision with Willie Fernie. Falkirk’s veterans like Jock Weir and Jimmy Delaney tired as Celtic’s centre half Jock Stein, who had had a poor first half, re-asserted control in the second. But it all started with Charlie Tully, described in Charlie Buchan’s Football Monthly as “a broth of a bhoy”.

Charlie died prematurely in 1971, aged 46. He was much mourned in the Celtic community with many people recalling with affection that day in Falkirk in 1953.