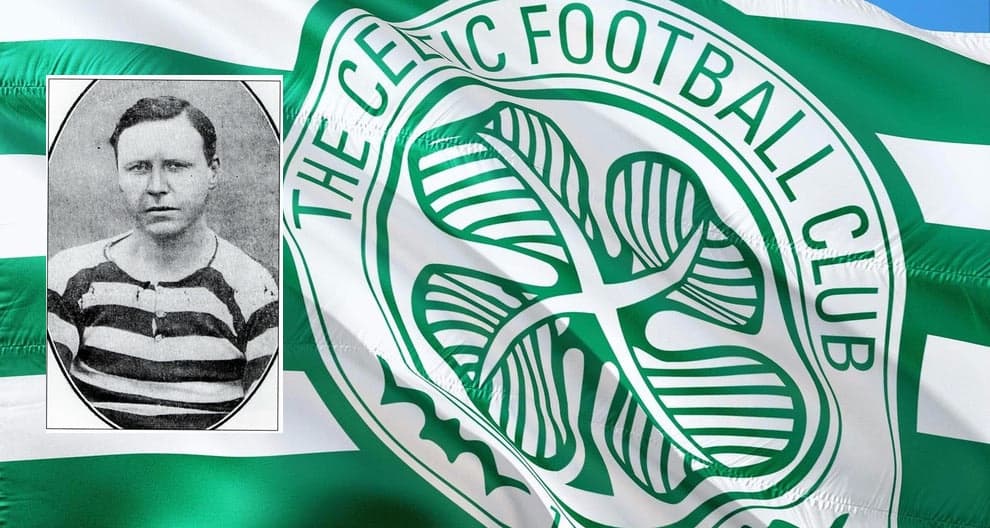 It is a self-evident commonplace that every team needs a good centre half. Those of us who had the fortune to watch Billy McNeill in his prime will testify to that. I recall once discussing matters of state (Celtic FC) with an old man who loved the green and white, but like many people of that age, was reluctant to praise modern players. This was in 1967, and I felt justified in saying that I thought Billy McNeill was a great centre half. The reverent sage looked at me, spat on the ground (he was smoking an old clay pipe), and agreed “Aye, he’s as guid as Wullie Loney!” That was some compliment!

An Evening With Chris Sutton VIP

Loney never aspired to be captain. He was a quiet man, lacking the flamboyance of many players. He always did what he was told, but he knew anyway what was expected of him. Just stop the centre forward from scoring goals. For these reasons he became known as the “Obliterator” and “No Road This Way” with other nicknames like “The Gobbler” and “The Destroyer” attributed to him as well.

He came from Denny in Stirlingshire. He played from 1900 until 1913 with his best years being the obvious ones of 1904 – 1910 when six League Championships in a row were won. He played the attacking centre half role as well as the defending one, for that was very much part of the game in that era, and his interchanging with his friend Jimmy Quinn was a sight to behold. Facially they did not resemble each other, but they were of the same build with huge shoulders, and they could frequently outfox the opposition for in the unnumbered jerseys of those days, it was often very difficult to man mark, and the man detailed to “watch Quinn” would often find himself standing beside Willie Loney while Jimmy  scoring the goals!

In the half back line, Willie found himself in the illustrious company of “Sunny” Jim Young and Jimmy “Dun” Hay. Someone wanting three whiskies would go into a bar in Edwardian Scotland and say “Young, Loney and Hay”. The barman might give him a funny look and the punter would say “three halves of the best”. In truth those three dominated Celtic in the same way as Celtic dominated Scotland, yet the funny thing was that none of the three of them was better than any of the other two. Hay earned more Scottish caps than the other two, but he was always prepared to admit that the played his best when they were around.

Loney suffered his fair share of injuries, missing a large part of the 1907 season for example with a broken arm, but he always came back. The fractured wrist in 1911 was more serious as he was a little older by then. He also caught a nasty dose of cholera (rare in Great Britian) in that same year but was back to win a Scottish Cup medal in 1912 to add to those of 1904 and 1908. In 1913 he lost his place to Peter Johnstone (a worthy successor) and subsequently played for Motherwell, Partick Thistle and Clydebank before eventually giving up in 1917.

He became a shareholder of Celtic FC, attended most games and outlived most of the rest of that great team (Young died in 1922 and Hay in 1940). He never pushed himself forward, and would have lacked the temperament to be a manager. Quiet efficiency was his watchword, and he was a great servant of Celtic FC. Unlike some ex-players, he remained on good terms with his old boss Willie Maley. He died at the age of 76, and was much mourned by all who knew and loved him.