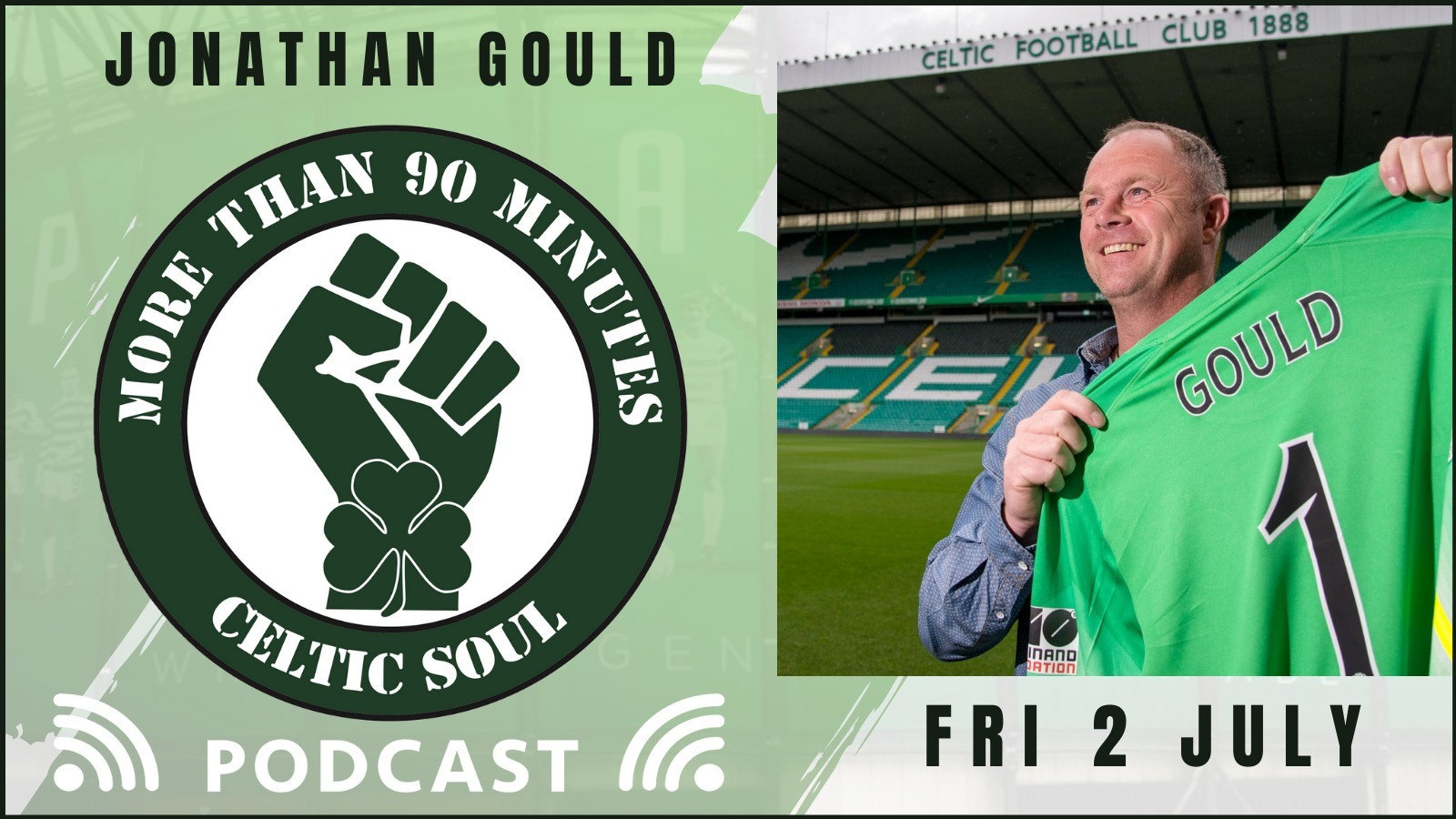 He served under 5 managers at Celtic including John Barnes and was the goalkeeper during that infamous night against ICT and he knows a thing or two about our new manager Ange Postecoglou who he came against during his time coaching in Australia where he always came off second best against Ange’s invisible team.

Andrew Milne is Editor of More than 90 Minutes Celtic Fanzine which he started in 2001. He has been involved with fanzines since 1989 and has written for numerous publications and online about Celtic.  He is a former newspaper columnist with the Daily Ireland and the man behind celticfanzine.com. He is host of the Celtic Soul Podcast, Talk form the Terrace Podcast, Grand Auld History Podcast & Celtic AM pre-match events at Malone’s in Glasgow on match days and follows Celtic Home & Away. He is a season ticket holder for Celtic FC and the Republic of Ireland. He is also P.R.O. of St. Margaret’s CSC, a member of the Celtic Trust and the Celtic Graves Association.