After a tough evening in West Lothian on Wednesday, Celtic will look to get back to winning ways against St Mirren on Saturday. 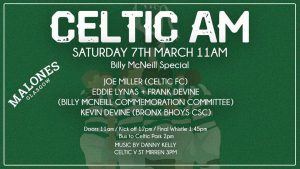 Neil Lennon’s sides domestic form since returning after the winter break has been phenomenal, with the team playing 12 games having only drawn one and winning 11 as well as reaching yet another Scottish Cup Semi-Final.

Livingston are always a tough opponent for Celtic and once again Lyndon Dykes caused Christopher Jullien major problems with his strong physical approach play. In the end, a draw was a fair result with the Scottish Champions never really looking like they would win the game even with their sustained pressure after the break. Good resilience was shown to get the late equaliser and in the grand scheme of things could be a massive point towards the title.

The story so far this season against the Buddies has been maximum points in two tricky games. Jim Goodwin’s side are very well structured and hard to break down with the two results this season being 2-0 and 2-1 to Celtic.

James Forrest has been a crucial player in both the games against the Paisley side this season having scored in both, so I would fancy him to have some impact on the game and add to his 16 goals and 21 assists for the season so far.

Before that get yourself along to Malones for Celtic AM. The perfect pre-match pint. Talking Celtic, a few tunes and bus to Celtic Park.

Declan McConville is currently a student studying Journalism and Politics at the University of Strathclyde. He helps to run the Maryhill Bertie Auld CSC and he follows Celtic home and away across Scotland as well as in Europe. Celtic is certainly much more than a football club and through it he has formed close bonds with a lot of fantastic people as well as some ex-players which is his absolute privilege.